On the Indian whataboutery index, "What about Asaram Bapu?" has enjoyed a high ranking since he was taken under judicial custody in 2013 and, finally, his supporters have got a fitting reply. He's going to jail for raping a minor girl. That's what. Expecting a guilty verdict, Jodhpur has been turned into a jail itself. Prohibitory orders against "unlawful assembly" have been in place since April 21.

The judge has been given personal security, including his home being guarded 24/7. The police have been checking every hotel, every car, to ensure no adoring followers of Asumal Thaumal Harpalani, known to them as Asaram Bapu, sneak into town (how will they tell?).

We really don't like our rapist babas being punished.

Coming out in support of rapists is clearly not as new a low as we think after witnessing the Kathua protest march - in defence of the rapists - and then the UP government shielding BJP MLA Kuldeep Singh Sengar, accused of raping a teenage girl from Unnao.

It's already been nine months but who can forget the nightmare that unfolded when Gurmeet Ram Rahim Singh was found guilty of raping two women. In the riots that erupted soon after, his followers destroyed public property worth millions, injured over 200 people and killed at least 30.

Anyone who's ever voiced an opinion on social media has been attacked by members of Asaram's social media team, demanding that we lobby for his bail if we were indeed fair-minded secular people. This for a man who was ordering killings of witnesses while still in judicial custody.

Ajay Pal Lamba, the police officer who arrested the baba, revealed that he got over 2,000 threatening letters and hundreds of calls. He was too scared to send his child to school for a few days - and he was the deputy commissioner of police at the time.

These warnings are not to be taken lightly in the light of three witness deaths in the Asaram case, including that of his doctor of 12 years, who testified against him, and several more blatant attempts to attack witnesses. Another of his doctors was stabbed right on the Jodhpur court premises just as he was about to testify.

If there was any reason to doubt his guilt, his followers erased it. Like many other babas, Asaram's followers are drunk on the toxic cocktail of rage and blind faith.

What is it about babas that people are ready to turn a blind eye to exploitation and crime in the name of spirituality?

The poor often have nothing but faith - something that can add meaning to a life of struggles, someone who can explain why their life is so hard with promises of a better one next time - but it is often the rich who help the baba culture flourish.

Bored with life's dreariness, people want to believe in a higher power. They want to believe that there must be an answer that they cannot figure out for themselves - there must be something we are missing, something someone can tell us, a key to the locked room of joy, and, ultimately, moksha. The desperation to believe that there's more to life than this mundane existence is the path we lay out for someone to come and exploit it.

In 2011, a fake Deepak Chopra was "healing" people with his lectures in America till they found out that the man was an imposter and stopped healing. Wild Wild Country, a recent documentary on Osho's life in America, gives an insight into this baba devotee complex, and how quickly the relationship goes from getting answers for your questions to taking directions (and drugs).

It is a matter of (bad) timing. A friend and her husband went to the same guru at the same time five years ago, recommended by his parents, but while she saw through his charade when he asked for big cash donations "for purifying yaganas", he got caught in the hoax. They soon separated.

Faith is an intangible beast; you cannot understand it from afar. In Wild Wild Country, where some of us saw as a rather dumb old bloke who trusted his entire estate to a woman and then didn't know how to handle himself once she decided to give him a slip, others saw god. 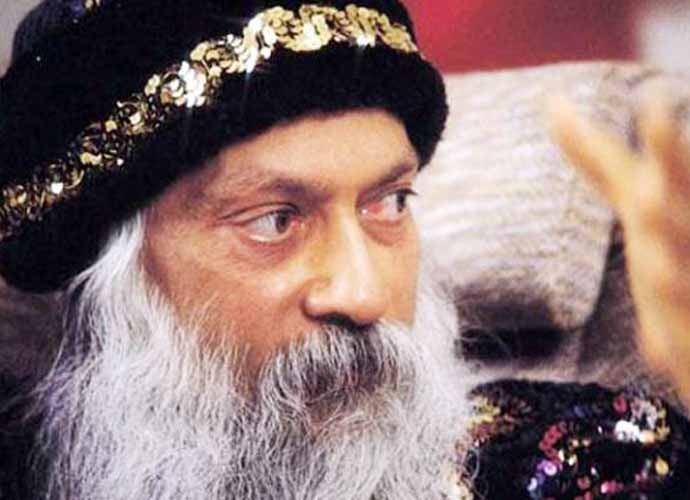 People called him Bhagwan and were ready to kill in his name. Osho, admittedly more intellectual than Asaram or Ram Rahim, continues to have a wide following across the world decades after his death. His charm was entirely in his "allowing" people to live their lives with abandon and without a worldly care, never mind that on the side he was asking for hefty donations amounting to millions of dollars.

In four decades, Asaram acquired wealth and land of dizzying proportions, with both the BJP and Congress governments lending him a helping hand by allotting land for his "ashrams", his empire stands at over Rs 10,000 crore. This did not seem fishy to his followers, but finally some suspected his motives when two minor boys who went to his residential school were found dead and mutilated in 2008. Their deaths were attributed to "black magic".

The girl, who eventually filed a case against him, which led to his arrest first went to him because her devotee parents thought "evil spirits" had got hold of her. The baba called her in to "purify" her, and who knows how many before her.

There is no cure for blind faith but we can get rid of such evil spirits in India through education. Prime Minister Narendra Modi's team, however, is busy sacking the few good individuals who recognise and try to address this. Till Indians get their primary education from the Whatsapp University, we will keep talking about evil spirits and black magic, and we will continue to have more Asarams and Ram Rahims.

Also read: Asaram Bapu found guilty of rape: Everything you need to know