Myanmar's army and the country's leader Aung San Suu Kyi are under immense global pressure to end the killing and displacement of Rohingyas. UN secretary-general Antonio Guterres has called the Rohingya killings 'catastrophic' and 'completely unacceptable'. He says the Myanmar military should suspend its operations in the western Rakhine state and allow the Rohingyas to return to their villages.

At least 4,00,000 people have fled to Bangladesh since the violence escalated late last month. Amid growing international criticism, Suu Kyi has cancelled a meeting of the United Nations General Assembly (UNGA). Suu Kyi, whose National League for Democracy party was also repressed and brutalised by the armed forces during the long era of military rule, refuses to look squarely at the crisis. She has yet to visit the centre of the violence. In her public comments, she has refrained from criticising the armed forces.

This month, Suu Kyi claimed that there was an 'iceberg of misinformation' circulating about the situation in Rakhine. Why did somebody who achieved so much good and was the perfect symbol of democracy become complicit in aggravating the crisis?

There are several possible reasons:

1.Lack of sympathy for Rohingyas

Suu Kyi's current acquiescence is consistent with her approach to Rohingyas for years. She has never demonstrated much sympathy for the community.

During the campaigning for the November 2015 election, she avoided discussing violence in Rakhine, even though an earlier wave had destroyed Rohingya communities and no militant group had yet emerged there. 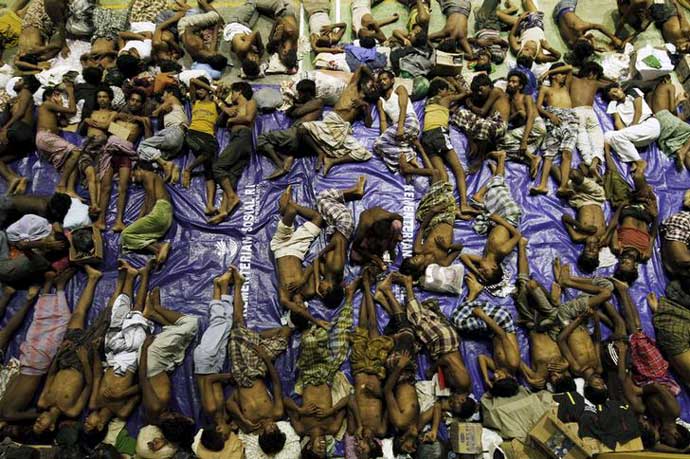 This month, Suu Kyi claimed that there was an 'iceberg of misinformation' circulating about the situation in Rakhine. Photo: Reuters

Aung San Suu Kyi does represent her party. And there was little concern among the NLD rank in 2015, or even now in 2017, about atrocities against Rohingyas. Many party members, just like the Buddhist majority, simply think that the Rohingyas are outsiders - called 'Bengalis' by many Burmese - who do not deserve to live in the country, even though some have been there for generations.

Last year, Suu Kyi reportedly asked the US ambassador in Burma not to refer to the group as Rohingya, a sign that she sees them this way, too. The party feels that there is no political benefit to challenging majority views toward Rohingyas. The NLD did not put up any Muslim candidates during the 2015 national elections.

3. Possibility of rift with Buddhist nationalists

Such groups are the type of grass-roots organisations that no politician likes to alienate. Suu Kyi does not depend on the movement's support but she also probably does not want a major rift with it.

4. Suu Kyi's sense of her limited ability to control the military

Aung San Suu Kyi does not control the military and they do not trust her. Suu Kyi may also believe that her ability to stop the brutal military campaign in Rakhine state is limited.

Although she is the de facto head of government, the top general, Min Aung Hlaing, enjoys a great degree of overwielding power. Myanmar's constitution gives the armed forces control over the military budget and over ministries related to security issues.

They are also allotted 25 per cent of seats in Parliament. In such a scenario, Suu Kyi may not want to challenge the military on an issue many people in her party are not much concerned about.

5. Suu Kyi's obstinacy is proving to be her weakness

Suu Kyi's stubbornness - the Myanmarese leader refused to concede to the military junta might - could prove equally forceful when confronted with foreign criticism. Fergal Keane, a long-time chronicler of Suu Kyi for the BBC, noted that 'last December, when Vijay Nambiar, the UN special representative to Myanmar, urged Aung San Suu Kyi to visit Rakhine state, he was rebuffed'.

Why? Because, as one Suu Kyi adviser told Keane, she simply did not want to be seen as following outside orders. This stubbornness could be multiplied by a feeling of betrayal, whereby Suu Kyi might feel that the very countries, rights organisations and international leaders who for decades supported Suu Kyi are now being hostile towards her.