Watching Avatar: The Last Airbender, one of the best animated series around, is akin to bringing some excellent television experience into your lives, format of the show notwithstanding.

This is not your regular Nickelodeon show that has now come alive again on Netflix. Watching Avatar: The Last Airbender, one of the best animated series around, is akin to bringing some excellent television experience into your lives, format of the show notwithstanding.

The animated series is centred on four nations, each based on an element — Water, Fire, Earth and Air. In the beginning, it was all smooth and the four nations lived in harmony. Then an ambitious ruler of the Fire nation waged a war on the others to establish supremacy over all the other nations. Only one person in the world can end this 100-year war — the Avatar — the only one with the ability to master all four elements and prophesied to restore balance. 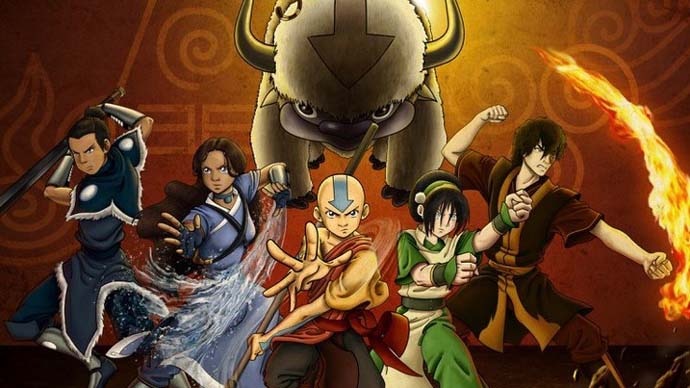 The only problem? The present Avatar — Aang — is an 11-year-old boy who has been in hibernation for a hundred years after facing the traumatic destruction of his people (the Air Nomads) by the Fire Nation. Aang is the last one of the Air Nomads and thereby the Last Airbender. The whole series is a coming-of-age journey not just for Aang but also for the friends he has made, and plays out as the band of teenagers travel around the world while being pursued relentlessly by the Fire Nation.

There is no good or bad in the Avatar universe. There are also seemingly no children or adults in the minds of those who made this show. The show is remarkable in that it doesn’t talk down to its intended audience, children. Perhaps that is why it has, over a relatively short period, become a cult favourite with some adults too.

For every Zuko, the exiled Fire prince who wants to capture the Avatar to regain his father’s love, there is his sister Azula, an arrogant prodigy driven by power who will do ANYTHING to be the Fire Lord. All characters have shades of the good, the bad and the ugly (pun unintended). This is a show that rarely simplifies actions and consequences into good or evil. The protagonists can be selfish and shallow at times, even as it is the antagonists who display depth, compassion and soul.

And then there is the all-time favourite character — Iroh — the retired Fire Nation General, who has become a guiding sage in his own right among fans of the show. If you, as an audience, find yourself dissolving in self-doubt, watch an episode of Avatar — pick one at random. Iroh is sure to have something in that episode that will get you back on your feet.

Throughout the show, it is likely you could find a number of parallels to real-world problems, from the Tibet-China issue and climate change to pollution and geopolitics. But it is perfectly possible to watch the entire show without really bothering about these issues. Engage with these layers at your will – that’s the nimble virtuosity with which Avatar: The Last Airbender has been scripted.

Each child here wants to be a kid, but they are already facing the conflict of the world their parents have created. And facing the consequences of it. We strongly recommend this for the weekend binge-watch. Ride along into the Avatar universe on Netflix with Aang and Aapa. Yip yip!

#Animated show, #Netflix series, #Avatar: the last airbender, #Dailyrecco
The views and opinions expressed in this article are those of the authors and do not necessarily reflect the official policy or position of DailyO.in or the India Today Group. The writers are solely responsible for any claims arising out of the contents of this article.