As the time for Supreme Court’s Ayodhya verdict approaches, the reaction of Maududi’s successors assumes significance. Will they moderate? Or will they radicalise?

Donned in white kurta-pyjama, Dr Mohammad Wajihul Qamar Falahi, president of Islamic Youth Federation (IYF), speaking at its National Convention on March 31, 2019, said, “Zakir Naik, Maulana Maududi, Hasan al-Banna Shaheed. Who were they? Where did they come from? Can’t we become like them?” These 'role models' for the Islamic world were being named at IYF’s first national convention.

IYF was born by a merger of 10 state-level organisations earlier working under an umbrella organisation called the Federation of Islamic Youth Organisation (FIYO). Falahi had also served as the national convener of FIYO.

While IYF is just a few months old, FIYO is a Delhi-based organisation formed by the coming together of several smaller organisations in 2009.

Its history, however, dates back to 1924 when the last Ottoman Caliph, Abdulmejid II, was dethroned. Till then, the Caliph used to be the spiritual head of Muslims across the globe, much like what the Pope is to the Catholic world.

The fall of Ottoman Caliphate led to a global disillusionment of Muslims. A large section of the community suddenly felt it was leaderless and that Islam itself was in danger. Reactionary revivalist movements sprang up in various regions. The Indian subcontinent, with its Muslim population running into millions, also saw such movements. The Khilafat Movement led by the Ali brothers, Mohammad and Shaukat Ali, made it to our history textbooks. However, the movement which had, and continues to have, a much greater impact was the Jamaat-e-Islami movement led by Abul A'la Maududi. Maududi, considered the pioneer of political Islam in the subcontinent, began his career as a journalist. He wrote extensively in a number of newspapers and journals, making calls for Islamic revivalism and the establishment of an Islamic state. In August 1941, he established the Jamaat-e-Islami as a political movement seeking to establish Hukumat e Ilahiya (Allah’s kingdom) on earth where all aspects of personal and public life would be governed by Sharia, an Islamic law derived from Quran, and the teachings of its founder Prophet Muhammad. After the partition of India in 1947, Maududi left for Pakistan. The members of Jamaat-e-Islami, who chose to remain in India, formed the Jamaat-e-Islami Hind (JIH) in a meeting held in Allahabad in April 1948.

JIH started off as a radical and isolationist organisation. It considered only the Muslims associated with it as true Muslims. The rest, according to JIH, were ‘census Muslims’. Members of JIH were discouraged from having social relations with them. The isolation of its members was not just social, but also political.

It forbade its members from participating in elections. Forget contesting, they weren’t even ‘allowed’ to vote. Both studying and teaching at universities offering western education was forbidden. This included Muslim minority educational institutions such as Aligarh Muslim University (AMU). In fact, Maududi had earlier called AMU a ‘slaughterhouse’ and asked students to leave the university if they considered themselves true Muslims. In an attempt to provide an alternative system of education, JIH established a seminary, Jamiat ul Falah, in Azamgarh district of Uttar Pradesh, in 1962. It also ‘boycotted’ judiciary, army and the banking system. The JIH went so far in its isolationist programme that it refused to share stage with other Muslim organisations, considering itself to be the only true representative of Islam.

Slowly, after being rejected by an overwhelming majority of Muslims, JIH moderated and became more inclusive. It permitted its members to participate in elections. In 2011, it even formed its own political party, the Welfare Party of India. It also embraced western education offered by universities. The process of moderation in the long term made JIH radically different from what it originally was.

This transformation wasn’t without internal conflicts. The issue of voting in elections was the most contentious one. Two of its amirs (national president), Abdullais Nadvi and Muhammad Yusuf, were removed from their posts in this conflict. In 1984, when JIH finally lifted the voting ban on its members, several senior members like Ziaul Hoda resigned in protest.

While JIH was busy moderating itself, its student wing, Students Islamic Movement of India (SIMI), was radicalising. The process of radicalisation began because of the infighting within JIH between those who supported moderation and those who were opposed to it.

SIMI began to be dominated by the latter group. Radicalisation hastened when Vishwa Hindu Parishad (VHP) and Bharatiya Janata Party (BJP) started the movement to build a Ram Temple in Ayodhya at the exact spot where the 16th century Babri Masjid stood. 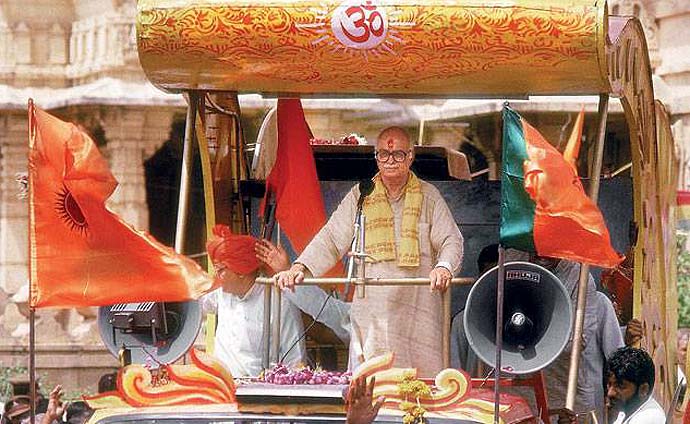 Vary of the growing radicalisation of SIMI, JIH formally disassociated itself from SIMI in 1982 and floated a new student wing by the name Students Islamic Organisation (SIO). Later, JIH’s seminary Jamiat ul Falah imposed a ban on SIMI on its campus, saying that it has become ‘extremist’ and is tarnishing Islam by calling for jihad.

Meanwhile, as VHP’s Ram Mandir movement gained momentum, the atmosphere became conducive for SIMI to expand its influence. In 1991, at Iqdaam e Ummat (action for Muslims) Conference at Mumbai, it called for jihad. At the height of communal polarisation, SIMI’s candidate Hafiz Sikandar Rana won the post of president in AMU Students Union elections in March 1992.

Rana was a pass out of Jamiat ul Falah and had earlier led the march of 72 AMU students to Ayodhya in response to VHP’s November 1989 call for shilanyas. In September 2001, days after the 9/11 attacks, the government of India banned SIMI. The ban has remained since except for a brief interval in 2008 when it was lifted for one day on the order of the Delhi High Court. The Supreme Court reinstated the ban the very next day.

In February 2019, the ban was extended for another five years. It was also upheld by a tribunal set up under Unlawful Activities Prevention Act (UAPA) in July 2019.

The 9/11 attacks and ban on SIMI provided fertile grounds for the formation of what is now IYF. The high-pitched Islamophobia after 9/11 attacks alienated a section of Muslim society from the mainstream. This began another stream of Islamic revivalist movement globally. What the fall of Caliphate was to 20th century, 9/11 attacks are to the 21st. The 9/11 attacks and ban on SIMI provided fertile grounds for the formation of what is now IYF. (Photo: Twitter)

In India, a number of student organisations like Students Association for Islamic Ideology (SAII) in Uttar Pradesh and Jharkhand Islamic Youth Organisation (JIYO) in Jharkhand were formed at local and regional levels, calling for the establishment of an Islamic state.

In 2009, around half-a-dozen such organisations came together to form an umbrella organisation — FIYO. Later, several other organisations got associated with FIYO. On March 31, 2019, a press conference was held in Delhi’s Hotel River View, where the merger of 10 organisations constituting FIYO was announced. The organisation thus formed was named Islamic Youth Federation.

The IYF doesn’t represent anything new. It is just a continuation of Maududi’s original programme of establishing Hukumat e Ilahiya. JIH left it midway and moderated itself. SIMI continued the same, but got banned. IYF now seeks to carry that legacy forward.

An IYF member, a student of engineering at AMU, on the condition of anonymity said that IYF considers itself to be the true ‘heir’ of Maududi. JIH, he believes, has betrayed Maududi. As a part of its programme, IYF makes sure it vilifies nationalism, secularism, feminism, communism and liberalism every now and then through the posters it releases, both online and offline.

These ‘isms’, they believe, are antithetical to Islam and must be demolished before an Islamic state can be established. The vilification of these ‘isms’ is a double-edged sword. On the one hand, it reinforces their vision of an Islamic state. On the other hand, it reminds JIH that it has deviated from its founding principles and hence now it is IYF which truly represents the legacy of Maududi.

Indirectly attacking organisations like JIH, Falahi, speaking at IYF’s national convention held on March 31, declared, “No fear, no compromise, no dilution, no diversion.”

Ironically, Falahi is a product of Jamiat ul Falah. He is a bachelor of Unani Medicine and Surgery has degrees and pursued MD from Jamia Hamdard, a deemed-to-be university in Delhi.

The last time the Ayodhya issue reached its peak, the successors of Maududi split into two groups — one moderating itself, the other radicalising itself.

As the time for Supreme Court’s Ayodhya verdict approaches, the reaction of Maududi’s successors assumes significance. Will they moderate themselves? Or will they radicalise? Either ways, their response will be important in shaping the discourse of the Indian Muslim community in the years to come.

Post your comment
#Abul a'la maududi, #Islamic youth federation, #Ram mandir, #Ayodhya
The views and opinions expressed in this article are those of the authors and do not necessarily reflect the official policy or position of DailyO.in or the India Today Group. The writers are solely responsible for any claims arising out of the contents of this article.

Author is a student of engineering at Aligarh Muslim University.