Baaghi 2 glorifies human rights violation, how is it less a crime?

Bollywood continues to be a toxic cesspool of pretty much everything that is wrong with the Indian society.

After the release of Baaghi 2, a detail that emerged on social media was that the film contains a scene in which army officer captain Ranveer Pratap Singh (Tiger Shroff) ties a civilian to his jeep for disrespecting the national flag. The scene is obviously a reference to the “human shield” incident of April 2017, in which Army Major Nitin Leetul Gogoi did the same thing to a civilian in Kashmir.

There have been periods in which, based on the political atmosphere of the country, Bollywood has become extremely jingoistic. We seem to be living though one of these periods right now, which means that nauseating hyper-nationalist propaganda can be added to the already long list of things that are wrong with the industry. Some of these include misogyny, nepotism, homophobia, xenophobia, racism, mediocrity, feudalism and criminality. 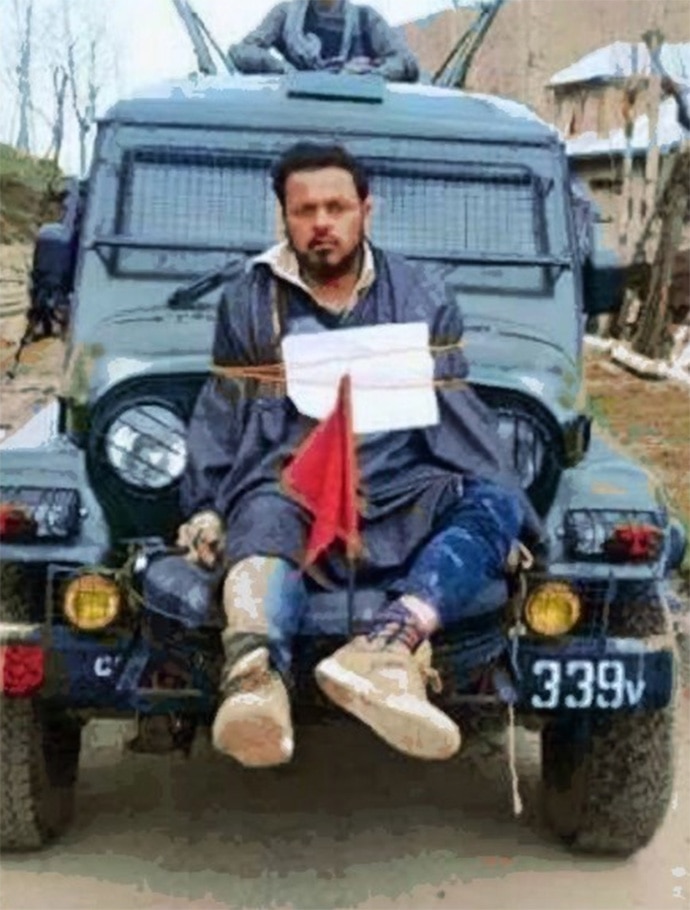 Despite being one of the largest film industries in the world, Bollywood continues to be a toxic cesspool of pretty much everything that is wrong with the Indian society. The fact that three of the biggest hits of the last six months have been Judwaa 2, Tiger Zinda Hai, and Baaghi 2 tells us that the industry is only trying to appeal to the lowest common denominator.

In such a scenario, it seems that the old axiom of “watch before you comment” has been completely invalidated. The human shield scene from Baaghi 2 is an example of the filmmakers going out of their way to insert reprehensible hyper-nationalism in the film, even when the scene has no relevance in the plot. Similarly, Judwaa 2 used sexual harassment, speech impediments, and racism as punchlines.

These things speak volumes about the kind of minds that created these “films”, and are enough for us to decide that we do not want to spend our time and money watching them, but have every right to criticise them for being so obnoxious.

Even in the absence of such offensive content, track records of the filmmakers/actors in a film, the film’s trailer, reviews from reliable critics and the general mediocrity of mainstream Bollywood are all good enough for us to have the right to criticise films without actually having seen them.

Unfortunately, this is a concept even the most educated, enlightened and progressive of us don’t accept. A few months ago, I got into a heated debate with some close friends about Varun Dhawan’s acting ability. My stand was that he had none, which I concluded from having seen Badlapur (a film that allows more room for acting than any others in his filmography). The counter-argument was that I was being extremely unfair because one cannot judge an actor’s abilities based on just one film, and I needed to watch more to be able to comment.

This argument is flawed. If we spend our time and money watching all the films “actors” like Varun Dhawan and Tiger Shroff have done just to earn the right to judge them, we’re basically playing Bollywood’s game and acknowledging that the offensive content they produce with talentless star kids who have done nothing to deserve their positions is “cinema.”

We’re raising the value of obscene mediocrity by treating it as something worth watching.

The world is changing. After the 2016 US presidential election, many started challenging the prevalent notions of "fairness" and "neutrality". Treating Donald Trump and Hillary Clinton “equally” wasn’t fair or neutral, because one of them was a seasoned politician who had held many public offices in her life, while the other had held none and had been caught on tape condoning sexual assault.

The truly fair thing to do would’ve been to acknowledge this disparity and treat each candidate in a manner s/he deserved. In the wake of #MeToo, the idea of separating the art from the artist has also been rejected and filmmakers like Woody Allen and Roman Polanski are coming under serious fire.

We live in a world where virtually every act is political and there is a clear line in the sand about which of these acts are acceptable and which aren’t. Glorifying the use of a human shield in Baaghi 2 is a political act by Tiger Shroff and director Ahmed Khan. Glorifying sexual harassment in Judwaa 2 is a political act by David and Varun Dhawan. Playing to the jingoistic crowd, rewarding lineage rather than talent, objectifying women are all political acts Bollywood commits on a regular basis.

These acts cannot be ignored just because of an outdated and misguided concept of fairness. We have every right to criticise and condemn films like Baaghi 2, and all the bilge Bollywood creates, without any obligation to have seen it, because we’ve already seen it for way too long.

Post your comment
#Entertainment, #Bollywod, #Human Shield, #Baaghi 2
The views and opinions expressed in this article are those of the authors and do not necessarily reflect the official policy or position of DailyO.in or the India Today Group. The writers are solely responsible for any claims arising out of the contents of this article.