The documentary web series on Netflix puts a face to the numbers in the financial scams as it brings out the stories of India’s most infamous billionaires.

How bad are the Indian billionaire boys? Say, Vijay Mallya, Nirav Modi, Subrata Roy or Ramalinga Raju? While they were successful, the masses revered them. Once accused of corruption (the establishment of extent being deciphered in courts), the lives of these billionaire boys have now become the subject of the acclaimed Netflix docudrama that is aptly titled Bad Boy Billionaires.

Three episodes of the four-part series have been released so far, narrating the lives of the three tycoons — Mallya, Modi and Subrata Roy. The makers of the series managed to bring out these three compelling narrations despite the legal hurdles posed by those who wouldn’t want the billionaire-beans to be spilled. In fact, the fourth part on Ramalinga Raju has still not been released due to a stay order. 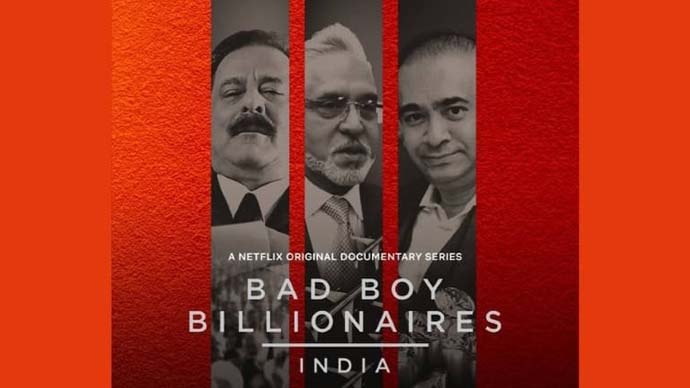 Whether it is the first episode on The King of Good Times — Vijay Mallya and his larger than life personality, or the one on diamond mogul of few words — Nirav Modi (Diamonds Aren't Forever), the makers have drawn parallels that apparently run deep down in their psyche. From wanting to retain their formidable global footprints, to their flamboyant lifestyles, to their Brobdingnagian portrayal of selves, the creators have done a good job of trying to connect the matching dots. The episode — The World's Biggest Family — is a play on the Sahara India Parivar. Focusing on the chit scheme (scam) by the sauvé and charismatic Subrata Roy, the episode is a must-watch this weekend. On Thursday (yesterday), SEBI has petitioned the Supreme Court that Roy (currently on parole) must pay Rs 62,600 crore immediately if he wants to stay out of jail, else his parole be cancelled.

Understanding the intricacies of financial frauds is indeed daunting for most. Director Dylan Mohan Gray puts a face to these numbers to make them relatable. For the most part, we are wondering if there is anything more at all to these men who fell foul of the law beyond their scamming. But then, the magnitude of their frauds hit us on the face, and nothing else matters beyond that. While these bad boys forgot all about the lambe haath of kanoon, they also overlooked the power of docudramas and their impact on public perception.

#Docudrama, #Netflix series, #Bad boy billionaires, #Dailyrecco
The views and opinions expressed in this article are those of the authors and do not necessarily reflect the official policy or position of DailyO.in or the India Today Group. The writers are solely responsible for any claims arising out of the contents of this article.