The Mamata Banerjee government in West Bengal once again seems to be playing to the gallery with an eye on minority votes. This time around the government has moved the Calcutta High Court with a plea, saying it cannot control animal slaughter during Bakrid.

In response to a court order to regulate animal slaughter during Bakrid and release of advertisement across print and electronic media for the same, the West Bengal government has filed an affidavit in the Calcutta HC, stating it does not have the infrastructure to stop the slaughter. 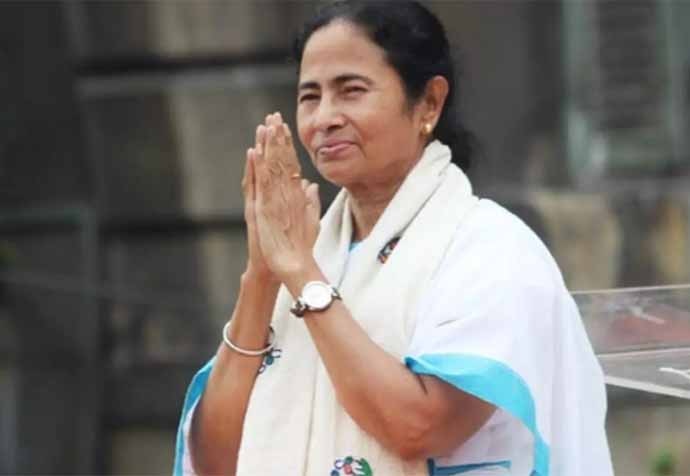 The Mamata Banerjee government in West Bengal is once again playing vote bank politics with an eye on minority votes. (Source: PTI)

Among the bizarre reasons cited by the state government are:

a) Eid-ul-Zuha is observed everywhere in the state, including all blocks within every subdivision.

b) Necessary infrastructure to strictly adhere to the provisions of the Act was/is not available with the state administration.

c) Inadequate number of veterinary surgeons and veterinary officers in the state.

d) Inadequate number of slaughterhouses in the state.

The state government has also said that it will take all necessary steps to ensure compliance with the relevant law by the end of the next calendar year. It would not be possible to gear up the state administration to ensure strict compliance with the provisions of the Act within such a short period.

The HC order states that nobody shall sacrifice any animal (cows, bulls, buffaloes etc) unless he has obtained a certificate that the animal is fit for slaughter. These animals can only be slaughtered in a municipal slaughter house or any other slaughter house identified by the local administration.

Reacting to the government's plea, Aashoo Mongia, president, Rashtriya Gau Raksha Sena, said: "The affidavit that has been filed by the advocate general is a fake affidavit totally. In the case of cow slaughter during Bakrid, the Muslims are being favoured by the government although there has been a clear judgement by the HC and the Supreme Court that one cannot slaughter cows in the name of 'qurbaani'."

"It has been also said by the courts that Muslims don't have the religious right to slaughter cows during Bakrid and it has been permanently banned. The government is clearly not following the judgment and is looking after its vote bank..." 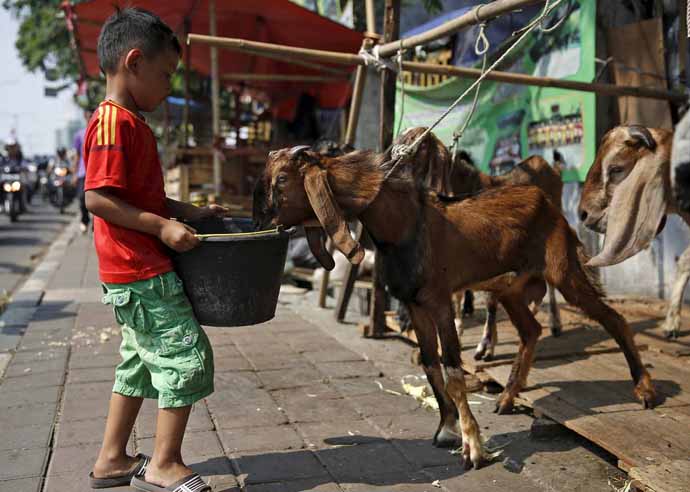 The HC order states that nobody shall sacrifice any animal unless he has obtained a certificate that the animal is fit for slaughter.  (Source: Reuters)

Mongia alleged the West Bengal government pays salaries to 1,500 doctors every month but has still told the court that it doesn't have veterinary doctors available.

West Bengal urban development minister, Firhad Hakim, defended the government saying, "In Bengal, we all celebrate festivals together. It is a part of our brotherhood. We celebrate Durgotsav, Eid and Bakrid. There's no tension here. The Hindus take part in Bakrid and Muslims also take part in Durgotsav, there's no division here. It's a part of Bengal's tradition. Religion is a completely personal matter."

"The division politics of BJP doesn't work here. We follow Rabindranath Tagore, Nazrul Islam, Sri Sri Thakur Ramakrishna here. We all work in unity in here. The gimmicks of the BJP might work in other states, but they won't work in Bengal," Hakim said.

Hakim, however, said he wasn't aware about any such government order.

The government, many believe, has only chosen to circumvent the court order because it knows 2019 general elections are near and for Mamata Banerjee to emerge as the prime ministerial choice, in case a coalition government has to be formed, it is important that the Trinamool Congress wins all 42 Lok Sabha seats in West Bengal.