If you have never followed classical music, Bandish Bandits a series you must watch to treat yourself to an unraveling that is both enriching and soul-stirring.

There is no chasing of crimes and criminals through slender lanes with open manholes and gutters overflowing with filth, there are no abuses hurled beyond the ‘F’ word, no blood is spilled, no one dies and yet a series lasting through 10 engaging episodes has been up and running on Amazon Prime.

The romantic musical drama Bandish Bandits, directed by Anand Tiwari, who has previously directed the Netflix film Love Per Square Foot (2018), is a whiff of fresh air for those done with urban gang wars and rural crime sagas with changes only to landscape and gore competing with gore to catch eyeballs and hold attention.

Bandish Bandits is the fight to save a musical gharana. (Photo: Facebook)

Bandish Bandits is a series that introduces you to Hindustani classical music and presents Rajasthan in all its beauty and splendour, with regal houses and royal lifestyles. But there is also the life of a family that must keep its musical gharana alive even as it fights bankruptcy and auction of their house. There is also the tea shop where people hog on mirchi vada as they slurp on hot tea.

Radhe (Ritwik Bhowmik) is a young man who has taught himself to live amidst the bandish his musical guru and grandfather Pandit Radhemohan Rathod (Naseeruddin Shah) introduces in the name of discipline. Radhe wants Pandit ji’s gandak as a torchbearer of the music of Rathod gharana. But there is another claimant to the gharana from Pandit ji’s dark past – Digvijay (Atul Kulkarni).

Tamanna (Shreya Chaudhary) is more like a city-bred bandit who wants to be India’s first international pop star. What unites Radhe and Tamanna is a love for music. It is also what divides them. Radhe is a classical singer. Tamanna has a social-media following running into millions where she promotes music that uses falsetto and auto tunes.

The two form a collaboration because their lives depend on coming together and yet the coming together takes them away from everything they are or want to be. Love is what happens to them in between. 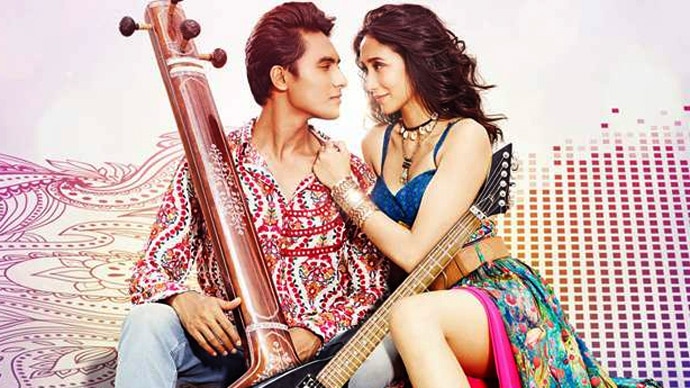 Tamanna and Radhe are brought together by their love for music. (Photo: Facebook)

The one thing that unites Radhe and Tamanna apart from music is the troubled pasts of their families. Radhe mostly conforms, Tammana rebels. Their band Bandish Bandits’ name metaphorically draws from the personality traits of its characters. They also exchange their roles as the conformist and the maverick through the course of the stories because they are not linear human beings. Like real humans, they have layers.

Every character in the series has layers. Sometimes falling in love, at times giving way to lust. Generous one moment, selfish and jealous the other.The gurus cheat on their disciples to offset any threat to their greatness.

The subplots of the series are rivetting even though they are predictable at some points because the predictability tells you what might have happened in the past, but never what could happen in the future.

The 10-episode series features an original soundtrack by the trio of Shankar-Ehsaan-Loy. The trio makes their digital debut with this show. If you have never followed classical music, this is a series you must watch to treat yourself to an unravelling that is both enriching and soul striking. If the music of Bandish Bandits doesn’t give you goosebumps, you surely haven’t been paying attention.

The fine detailing of Rajasthani aesthetics from paintings, to walls, to couches and cushions, to huts and palaces will leave you wanting for more of the visual delight.

And while exploring Rajasthan in this series, you just don’t know ‘Jaane Kya Dikh Jaaye’.