Someone got a war item as a souvenir and the airport freaked out. Here are 7 more items you got to avoid in your bag

Your luggage can scare the hell out of people. If you are carrying unexploded shells or pink guns, you better pray your way into the airport

I recently had the privilege to walk into an airport with a luggage and since it was a last-minute event, I did not really have much time to check the contents of my bag. Since I wasn't really carrying a gun or a knife, I thought it would be an easy check-in. But to my dismay, my handbag was pulled out at the security check-in and two items from my bag were fished out: A 200 ml perfume bottle from Victoria's Secret (which cost a bomb btw) and a small innocent paper cutter. 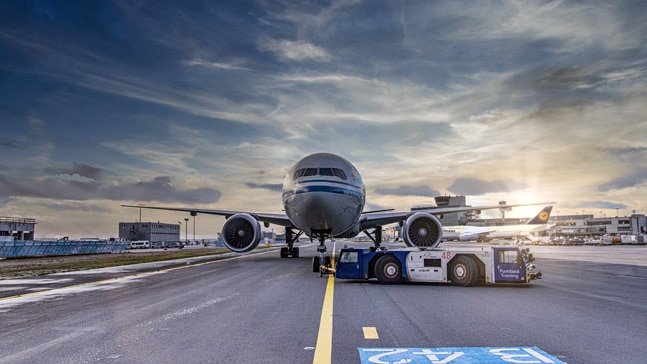 1. AN UNEXPLODED SHELL AS A 'SOUVENIR'?

Why would someone carry a war item as a souvenir unless their home is a musuem? A US family recently visited a place called Gollan Heights in Israel and picked up an unexploded shell as a souvenir. You should know that Gollan Heights is the area where Syria and Israel fought the 1967 war and because of the war, the place has a lot of war remnants.

When the family showed the souvenir to the airport security at Ben Gurion airport, Israel and asked if the shell can be placed in the luggage, the official ordered the entire vicinity to be cleared. Another passenger misheard this and shouted ''terrorist shooting''. This led to panic among the passengers at the airport and forced them to run and crouch on the floor in confusion.

In Germany, an American inadvertently triggered a security scare when he was about to board a flight to the US with two World War II-era hand grenades in his suitcase. The man was a treasure hunter who had come to Germany to find coins. But during his visit to an island in the Baltic Sea, he found the grenades and some other metal objects and decided to keep them as souvenirs.

The man was detained, questioned and the police and the firefighters came in promptly to evacuate the area.

But when the grenades were checked, they did not have any detonators but were filled with sand instead. Ofcourse, he was let go with his sand grenades.

If you love writing short forms, you might want to think twice about what you write on your luggage when you take a flight.

So, this caused a bit of an issue at #Brisbane airport. Police cordoned off part of the terminal after this bag popped out on the luggage belt. The passenger was coming from Mumbai, formerly Bombay. Airport code: BOM. #CommonwealthGames2018 pic.twitter.com/p7qgTFLMsX

When Venkata Lakshmi was travelling from Mumbai to Brisbane, she committed an innocent mistake. Since she couldn't write the full form ''Bombay to Brisbane'', she decided to manage it with short forms and wrote ‘Bomb’ to Brisbane instead. As her bunch of bags passed on the baggage conveyor belt, this caused a frenzy among other travellers and led to a serious interrogation by the Australian Federal Police.  When the cop asked the owner of the bag to open it and asked what the ‘BOMB’ written on the tag meant, she replied, ‘It’s for Bombay!'” For all the South Indian folks who are obsessed with adding grated nariyal in all your sabzis, here is a heads-up. Don't get one on your flight!

Now is this mentioned in the air ticket? Yep.

Not knowing that dried coconuts aren't allowed on a flight (because of their self heating tendencies), a woman and her mom found that their bag containing 6 coconuts was detained at the Bangalore airport when they were travelling from Bangalore to Delhi.

Hi Supriya, dry coconut is a highly flammable object hence, carrying the same in check-in luggage is not permitted.

We are sure this may have caused tension on arrival, especially since coconuts and celebrations usually go together.

The airline staff of an Air Asia flight to Bangkok were loading a green backpack into the plane's baggage section, when they heard a strong buzzing noise. They panicked and immediately called for the airport’s bomb disposal squad.

Got a pink and petite gun? It won't be allowed on your flight.

Hey lady, your hot pink gun may be colorful, but it's still not allowed past the @TSA checkpoint! Prohibited in pink! This loaded handgun and pink-tipped bullets were spotted in a carry-on bag at Richmond Int'l Airport yesterday. The result: the traveler was arrested. @Flack4RIC pic.twitter.com/m7yK3fZj9F

Though you may pine for maa ke haath ka aachar, you are unfortunately never allowed to carry pickles on a flight. Why? A not-so-well packed pickle dabba can often cause an unwanted ''oil spill'' and leak out of the container to damage other passenger's luggages and clothes. This may cause customers to claim damages from the airlines, who often have to compensate the angry passengers.

#Scaryluggage, #Prohibiteditemsinflight, #Airportluggage, #Scaryairportluggage
The views and opinions expressed in this article are those of the authors and do not necessarily reflect the official policy or position of DailyO.in or the India Today Group. The writers are solely responsible for any claims arising out of the contents of this article.