DailyOh! Why BJP workers are being beaten up in Mamata Banerjee’s Bengal

The Bengal Police has batons and water cannons, the BJP men have stones and bottles.

He is America’s First Man. He is Melania Trump’s man too, but all this aside, Donald Trump is his own man. The problem with President Trump being his own man is that he is not a man of science, or logic, or proof or evidence. People in addition to 2,00,000 have died in the US due to the Wuhan virus, but Trump is happy he got the infection because for him the infection was no infection, but a blessing. A blessing from God no less.

Trump thinks it was a blessing from God that he caught the virus. If you thought the virus caught him, you stand corrected. Not only did he catch the virus, but also suggested its cure —Regeneron drug. “I said let me take it, it was my suggestion, and it was incredible. It did a fantastic job,” said Donald Trump. Now, Trump wants to give this cure free of cost to the people of America. Kamala Harris, one of the over 32,000,000 people of America, says if Trump recommends it, she won’t take it. Donald Trump believes getting infected with coronavirus was a blessing from God. (Photo: Reuters)

Kamala wasn’t talking about Regeneron but about a potential vaccine during the Vice Presidential debate with Mike Pence. The debate, as you know by now, was won by a housefly that perched itself on Pence’s head — a distraction that won everyone’s attention. A housefly on Mike Pence's head during a debate with Kamala Harris was more talked about than the debate. (Photo: Twitter)

We flew from Trump’s blessings to the fly on Pence’s head, but we want to fly back to blessings because who doesn’t want to be where blessings are?

Blessing, the Word Of The Day, comes the word bless. Once upon a time bless meant to consecrate with blood. According to the Oxford English Dictionary, bless comes from Old English words blot and bloedsian. Blot was originally used to describe a pagan ritual of marking with blood. Around the 11th century, the ‘ds’ in bloedsian shifted into a ‘ts’ sound, and yields bletsien and similar spellings. By the 14th century, the ‘t’ was dropped and formed blessed, which is the past participles of bless.

But the function and context of bless to have shifted over time. Earlier, they believed if an object or entity had been consecrated with blood, it was blessed and free from evil influences. Now, we believe God blesses us and so do our elders. People also bless people who have sneezed. In a post-Covid world, however, they choose to run away from those sneezing.

Who did the BJP workers run into today in West Bengal? Mamata Banerjee’s cops. And then there were fireworks along with waterworks with police batons and water cannons turned at the BJP men. The BJP men turned stones and glass bottles at the police. Clashes broke out between the West Bengal Police and BJP workers in Kolkata because the BJP men wanted to march towards Banerjee’s office in Nabanna as part of the ‘Nabanna Chalo’ march and the police did not want them to reach Nabanna. 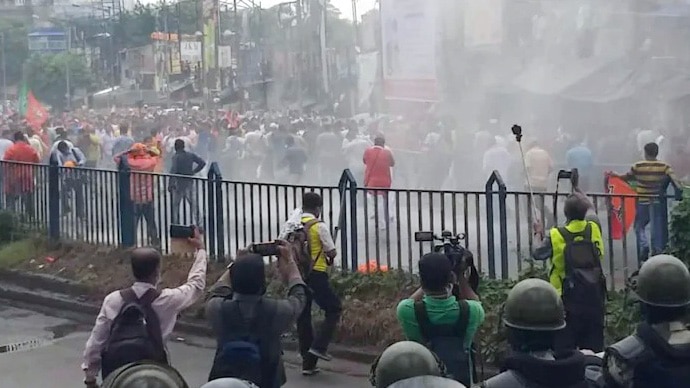 Why were the BJP men marching anyway? Well, for a host of reasons — from unemployment in Bengal, to law and order. But the biggest reason is the spate of killing of BJP workers allegedly at the hands of Mamata’s cadre.

What is the reason for China to issue a statement saying there is only one China and not 2 or 22? The so-called forthcoming ‘National Day of Taiwan’.

In a statement, the Chinese embassy in India has said, “The Chinese embassy would like to remind its friends in media that there is only one China in the world, and the government of the People’s Republic of China is the sole legitimate government representing the whole of China.” The National Day of Taiwan is on Saturday, October 10, and the Chinese government is trying to tell the Indian media that since Taiwan is part of China, which is one nation and not two, there is no question of a National Day of Taiwan. China would claim the whole world to be one nation, not in the Vasudhaiva Kutumbakam spirit, but in the spirit that Xi Jinping consumes to believe all aggression is a spiritual pursuit.

The India Air Force (IAF) today put on display its preparedness to deal with any Chinese spiritual pursuit because it is the IAF Day. October 8 is IAF Day because, on this day, the Air Force in India was officially raised in 1932 as the supporting force of the Royal Air Force of the United Kingdom. It thus came to be called the Royal Indian Air Force. When India became a republic in 1950, the Royal was dropped. You, of course, know what happened to the royals who remained.

IAF today carried out a flypast and a parade to mark the day. From six officers and 19 Hawai Sepoys back in 1933, the IAF has now come to be the fourth largest in the world after the US, Russia and China. 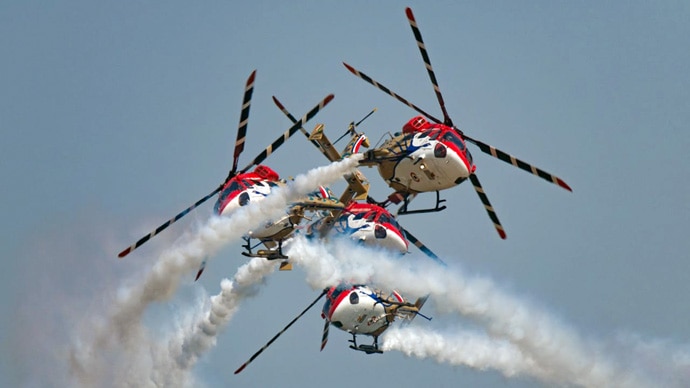 A glimpse of the Aird Force Day celebration. (Photo: Twitter/@IAF_MCC)

Did you know that the IAF also has a base in Tajikistan? That base is called the Farkhor Air Base. To get the Tajik government to agree to let India build its base there, the Indian military had to build a 25-bed hospital for Tajikistan. You see there is no take without give and that is the one and only rule of give and take in any relationship.

The Farkhor base is just two kilometres away from the Tajikistan and Afghanistan border. After the 9/11 attacks, Tajikistan offered the Farkhor Airbase to the US to attack Afghanistan. The hospital that India built in 2001 helped to treat Afghan Northern Alliance members injured in fighting with the Taliban. In 2003, the agreement between India and Tajikistan for the base was signed. It became operational in 2007.

The Indian economy meanwhile could contract by 9.6 per cent, says the World Bank. A rebound, the World Bank says, is likely only in 2021. The economic blues are here to stay for some time. To deal with all kinds of blues, we recommend Kind Of Blue by Miles Davis. What is it that music can’t change? Coronavirus and China. We will leave you with that for today.

#Indian Economy, #Iaf day, #Mamata Banerjee, #Bengalviolence
The views and opinions expressed in this article are those of the authors and do not necessarily reflect the official policy or position of DailyO.in or the India Today Group. The writers are solely responsible for any claims arising out of the contents of this article.