I couldn't believe my eyes when I saw the Congress video scoffing Prime Minister Narendra Modi on his penchant for hugging his international counterparts. To say the least, it has been done in bad taste. Political parties should conduct themselves with greater dignity than they do at present. That should apply to all concerned.

Any action or gesture can be isolated from its context and sarcastically tweaked and made to look rip-roariously ridiculous. Thinking people know that this reflects not the clumsiness of the intended targets, but the crudity of their calumniators. If the Congress wants to win back the hearts of its erstwhile votaries, this is precisely what it should not do.

Rahul Gandhi would do well to dissociate himself from this video and apologise to the PM for the impropriety perpetrated. This is imperative, especially in the given context. The state visit of a foreign dignitary is not the occasion for impish displays of gracelessness. It should not be done even otherwise.

But this should not be, ideally, a unilateral discipline. It devolves on the PM even more to maintain himself at the highest levels of refinement in sentiments and utterances. He is the face of the nation. Unfortunately for him, Modi has perfected the art of raillery and ridicule to such an extent that he seems to have become, even at the mere thought of Opposition parties, incapable of refraining from the habit. One could understand his giving free play to this instinct in the run up to the 2014 elections. But it should have stopped entirely immediately thereafter. Regrettably, it didn't.

Rahul Gandhi, however, need not make his resolve to refine low-brow ridicule out of the Congress discourse conditional to Modi renouncing the same. He should do it unilaterally and unconditionally. He will do so if he believes that the role of the Opposition is as important as that of the ruling coalition in stewarding democracy. In matters such as this, the role of the Opposition is even more important. 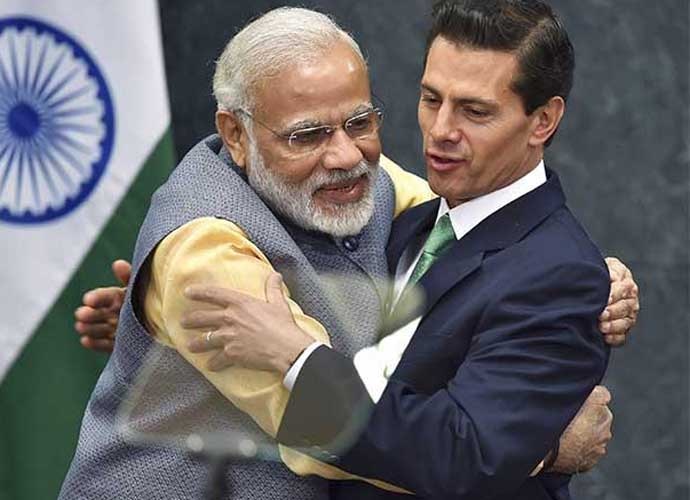 A ruling party gets bogged down to the hardware of governance. Especially under NDA-2, the horizon of governance is crowed with money, more money, and nothing but money. It is as though life is no more than hard cash and digital wallets. The software of governance, especially aspects of serious importance to the sense and soul of India, is in serious neglect. Verbal violence lends legitimacy to violence on streets; and it should surprise none that we are living in an ambience of increasing proximity to gratuitous violence. Anarchy seems poised to precipitate itself at short notice.

On a lighter note, we could laugh this video off as an instance of the Congress feeling left out of the ceremonial and sentimental side of the grand Modi show. Here is a prime minister who, the moment he leaves the shores of India, becomes so effusive with expressions of affection and never tires of showering gestures of geniality on whoever is within a hugging range. How come a PM who springs into hugging all and sundry with a sort of habitual compulsiveness is so dead-pan somber, and parsimonious of hugs, inside the country?

Perhaps Rahul will learn in due course that patterns of conduct productive overseas could be counterproductive at home. Overseas, Modi has to deal with peers. At home he is the ruler. He deals with subordinates. (Set aside, for a moment, the myths and make-beliefs of democracy, such as sovereignty of the people and equality of all citizens.) A ruler who treats his subjects as equals, Machiavelli would have already told him, will invite no end of troubles for himself. Instilling fear in the minds of the subjects - which is the prime ingredient of respect in public life - is a necessary evil in the science of governance in vogue. No one will dispute that this is being done with unprecedented effectiveness today. 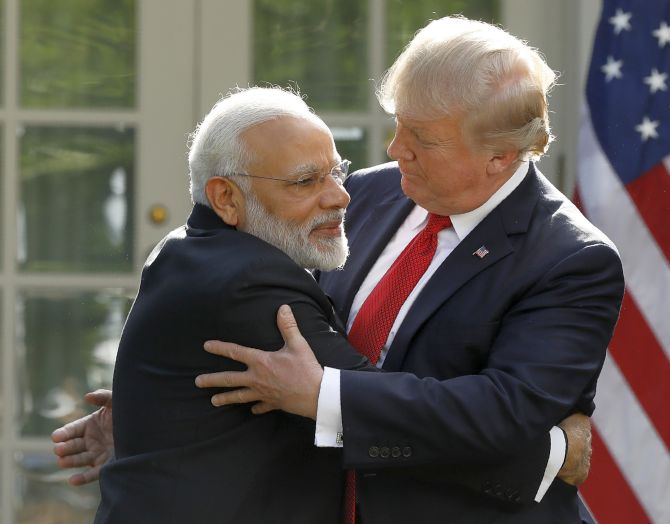 I am an idealist; but that will not make me disown lessons of history. So, I will not expect Modi to hug Rahul any time soon. And that should be okay. Rahul should deem himself free to go on a hugging spree all over the country. He could make a beginning by hugging Mani Shankar Aiyar. Maybe he should, if an occasion presents itself, hug Modi too - ideally making sure that the ubiquitous media hawks - especially a couple of English channels; who they are the nation knows - are not spying on him.

Rahul could, once this mother of all breakthroughs is achieved, prevail on Benjamin Netanyahu to hug his Palestinian counterpart; for this is a thing Modi cannot be expected to do. From them it could spread, like a benign epidemic, to those on both sides of the bloody divide. It has exciting potential for growing into a festival of hugging. Imagine Jews and Palestinians going crazy hugging each other for days on end! And bringing the Wailing Wall of Jerusalem with their high decibel laughter! It is a version of our Holi festival that we can, if all goes as envisaged, export to that plague-spot in the Middle East - suitably Modified, to be sure - with the prospect of winning for India a Nobel Prize for Peace, via diplomatic hugging.

Also read: Truth behind why child sexual assaults and abductions are on the rise in Pakistan