Why Bhaiyyuji Maharaj’s suicide doesn't come as a surprise

Spiritual guru Bhaiyyuji Maharaj’s suicide on June 12 in Indore has exposed the perils of being in the business of trying to help others find happiness while being oblivious to one’s own needs for the same. While the cause for suicide can be surmised as issues emanating at the home front, the police investigating into the matter are bringing to the fore certain inexplicable aspects.

Bhaiyyuji Maharaj, 50, born as Uday Singh Deshmukh to a farmer in Shujalpur, MP, shot himself dead at his house on June 12. A suicide note found scribbled on a notepad pointed out that Bhaiyyuji was facing domestic upheavals. A second part to the suicide note, found on another notepad, mentions making Vinayak — one of his helpers at the ashram — as the one who should take care of his properties. Not making his wife or daughter the heir to his properties is telling, to say the least.

Bhaiyyuji’s suicide has brought to centre stage what was being spoken of in hushed tones; that Bhaiyyuji’s second marriage to Dr Ayushi Sharma in April 2017 had created a wedge between him and his daughter Kuhu from his first marriage. Bhaiyyuji’s first wife passed away in 2015. His daughter was not happy with the second marriage and Bhaiyyuji found himself between the warring parties and could not take it.

Vinayak, the beneficiary mentioned in the suicide note, had been with Bhaiyyuji for about 15 years. Whether he will be able to inherit is a matter of legal debate since all of Bhaiyyuji’s properties are placed in a trust which would have its own bylaws. The antecedents of the pistol too haven’t been traced, although the family and retainers insist it was licensed. 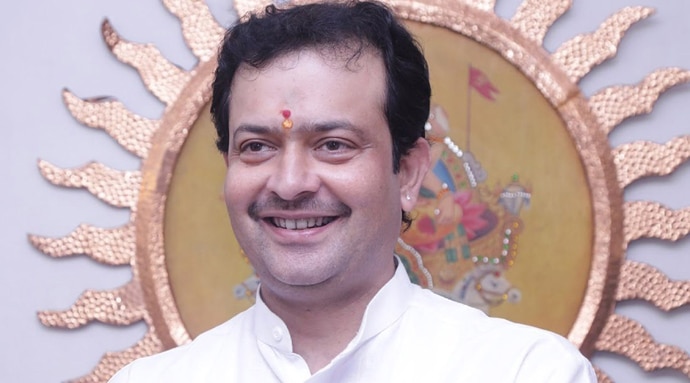 In retrospect, it seems that certain instances in Bhaiyyuji’s life in the past few years suggest he was not very happy. Bhaiyyuji had announced sannyas from public life only to revoke the announcement. He tried to lead a movement of Marathas in Maharashtra a year ago but could not.

In April this year, CM Shivraj Singh Chouhan had nominated him to a committee that was to help preserve the Narmada — with minister of state rank — something he refused a few days later. He had been upset that he had not been consulted during a meeting of holy men in the run-up to the Simhastha in Ujjain in 2016. He was also said to be unhappy with the dwindling numbers of followers he had witnessed among powerful people.

Bhaiyyuji Maharaj’s funeral in Indore on June 13 was not attended by any prominent BJP leader. In contrast, a couple of ministers from Maharashtra, including Pankaja Munde, made it for the funeral. There is also talk in Indore about Bhaiyyuji’s ashram and trust being in financial trouble. The workers at the ashram had not been paid salaries for months.

The farmer-turned-guru’s website said his sole aim was to bring happiness on the faces of the poor. Apparently, the provider of this happiness missed it by a mile.