Haunted sites of Bhangarh, the fortress of dark magic

Bhangarh has a past, which still lives and walks side by side those who believe.

Built in the 17th-century, the Bhangarh Fort of Rajasthan is one of India’s best-known haunted spots. And even those who deny it look over their shoulders fearfully when they shake their heads to claim the old land is free of spirit presence.

I have visited Bhangarh Fort twice, and the magic of the place seeps into one and holds one in thrall. The place has a past, which still lives and walks side by side those who believe.

The well of weeping souls

Located just outside the ramparts of the main fort, the well is now a dried husk of what it must have been a long time ago. A low stone wall circles the very large round mouth of the well. 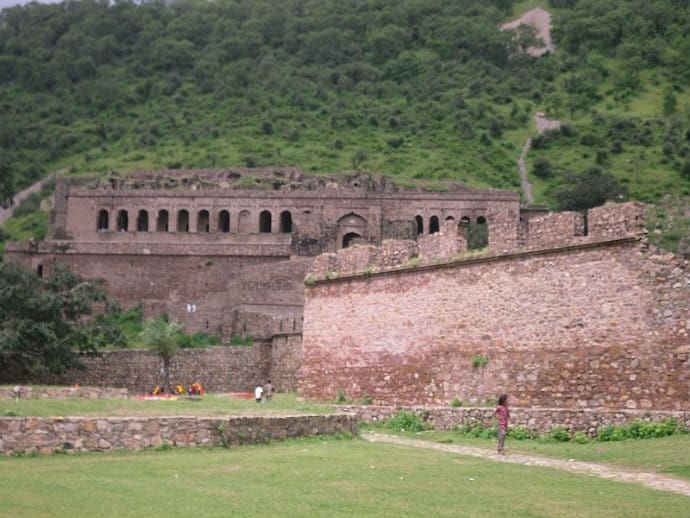 The magic of the place seeps into one and holds one in thrall! (Photo: Wikimedia Commons)

The high walls of the fort exterior are just a few feet away, where gnarled old trees grow, their shade reaching out, but just stopping short of the well.

Old roots reach out and spread their bony fingers over the wall, crisscrossing the hard earth between the well and the wall. On another side, a short distance away is the Someshwar Temple.

Local lore speaks in hushed tones of how, hundreds of years ago, the well was a place used for sacrifice. It is said that those who the courtly powers wanted to get rid of, were brought to Bhangarh and hidden away in the maze of corridors and chambers which spread out over the land.

Then, as night fell and darkness enveloped Bhangarh, the unwanted ‘disappeared’. It is believed they were bound and thrown down that dark pit, and a large iron cover was drawn over. 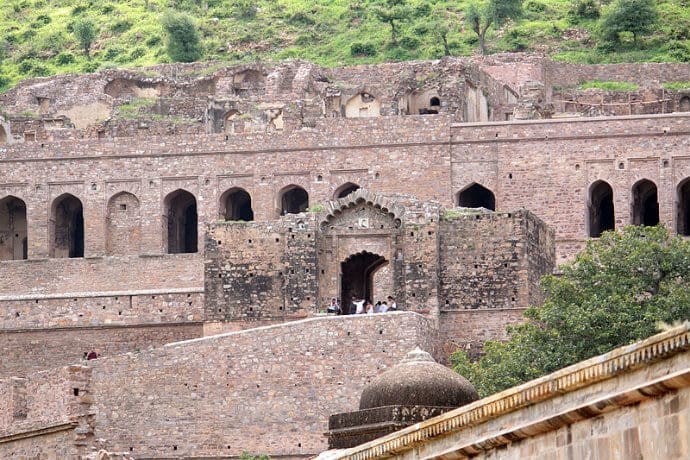 Bhangarh is a place of power and magic, and with that, comes the people trying to misuse it. (Photo: Wikimedia Commons)

Even now on a bright sunny day, if one is in the vicinity of the well, an almost magnetic draw towards it is felt. A sharp gravitational pull, as it were, even though there is no steep slope surrounding the well. Some have even said how they get dizzy near it and strangely, feel like sitting on the ledge.

As if, even centuries later, the old well of darkness there is seeking fresh blood.

The circle of dark magic

Once within the ramparts of the fort, you will see something strange. It is difficult to say how long it has been there, but it seems more likely that this was made much later and was not part of the original layout. I believe it was created by men aware of the power which flows through Bhangarh. Those who wanted to misuse it.

There is a rough circle outlined with rocks, quite large in size. Within the circle, there are strange little piles, all made of rocks — some are just 2 or 3 rocks high, others are quite tall and precariously balanced, spaced out quite randomly.

Those who know, maintain a safe distance from the rock ring, for it is a circle of dark magic, used even today, to try and pass off one person’s misfortune to another. 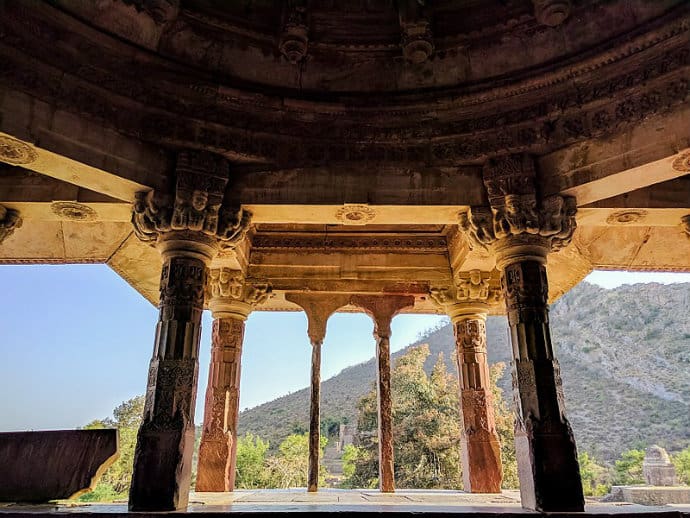 The dark energy of Bhangarh is what hold the reins of power to date. (Photo: Wikimedia Commons)

A rock pile is made by the one who believes is being dogged by ill luck. And then, they hope that some unsuspecting visitor will touch the pile, or out of curiosity, knock it over. The darkness is then believed to be transferred from the supplicant to the unsuspecting visitor.

It is very similar to the practice of keeping an earthen pot containing water at a crossroad, waiting for someone to accidentally knock it over, in the hope that as the water splashes onto their foot, all the bad luck is transferred on to them.

Bhangarh is a place of power and magic, and with that, comes the flood of people trying to use (and misuse) it. The closer one gets to the fort, the more figures in the garb of holy men one sees. While each thinks they are tapping into the power of this ancient place of magic, I feel it is the dark energy of Bhangarh that always has, and still holds the reins of power.

I have often wondered is it all superstition or is there something more? One can never know. All I know is magic — both dark and light — still exist at Bhangarh.

Also read: There is a ghost in your mirror. Here's why I say so

#India, #Ghosts, #Haunted, #Bhangarh Fort
The views and opinions expressed in this article are those of the authors and do not necessarily reflect the official policy or position of DailyO.in or the India Today Group. The writers are solely responsible for any claims arising out of the contents of this article.