Bigg Boss Season 12: How Sreesanth and other contestants exposed their homophobia

The Supreme Court of India decriminalised homosexuality on September 6. More than a week later on September 15, Bigg Boss Season 12 took off. Curiously, many of those who entered the house seem completely oblivious of the judgment. 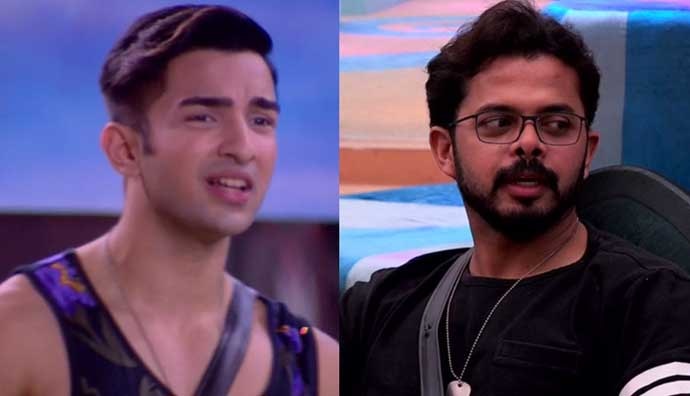 It is possible the contestants were so busy negotiating their deals with Colors (the channel that broadcasts the reality show) or were so caught up deciding on the clothes and make-up to be carried into the house that they completely missed the momentous judgment.

Homosexuality appears to still be a taboo inside the house. An identity that needs to made fun of — and looked down upon.

That homophobia pervades the Bigg Boss house first came to fore in the current season when television actor Rohit Suchanti made a wild card entry into the reality show. Hushed conversations about Suchanti’s sexual orientation started soon after. Outright laughing and giggling over the matter started when Suchanti chose to wear purple clothes.

The show’s 'most hated' contestant so far, former cricketer S Sreesanth, started making effeminate gestures in order to mock and ridicule Suchanti. Effeminate gestures have often been used by people to typecast and stereotype gay men.

No inmate objected or registered his/her protest over this ridiculing of homosexuality that demeaningly used Suchanti as a prop. Jasleen Matharu was heard asking jokingly why Suchanti was wearing purple.

But matters came to a head during the Weekend Ka Vaar episode when, in order to add some spice to the show, host Salman Khan showed Suchanti footage of how he was being mocked behind his back.

Instead of objecting to the ridicule a whole community was being subjected too, Suchanti got busy explaining that “main wo [gay] nahi hun”. Of course, Suchanti got into this clarification after threatening to beat up Sreesanth with his shoes and breaking his teeth.

Once tempers cooled down, Suchanti walked up to Sreesanth, apologised for his outburst and then launched into a clarification that he wasn’t gay — as if there was something terribly wrong about being gay.

This, however, is not the first instance in which someone’s sexual preference has been sneered at in the house. In Bigg Boss Season 11, television show producer, creative director and host Vikas Gupta found himself turning into a victim of jokes and conjectures around his sexual orientation.

It will be advisable that the contestants read the Supreme Court verdict once they are out of the house, and take some counselling to deal with their abnormal fear of people with different sexual orientations.