Black Warrant: On the wrong side of Tihar's high walls

Sunil Gupta and Sunetra Choudhury's book is not for the faint-hearted.

Hours before he was to be hanged till death, he was sipping tea. And then he started singing from the 1960's movie Badal, "Apne liye jiye to kya jiye, tu ji ae dil zamane ke liye." A few officials of Tihar jail, tasked with carrying out the hanging, sang along. He then demanded another cup of tea. The man, who served tea in the prison, had left and Afzal Guru, convicted in the 2001 Parliament attack, went to the gallows without his last wish fulfilled — a cup of tea.

Two hours after his execution, Ranga still had a pulse. Jail officials had to use a 'special technique' to complete the execution. Hours before the hanging was to be carried out, Ranga had mocked a sobbing Billa, saying, "Dekho mard hoke rota hai (Look, he cries despite being a man)." Ranga and Billa were convicted in the 1978 Geeta and Sanjay Chopra kidnapping case. Their crime of yore was recently brought into recknoning by former finance minister P Chidambaram after being denied bail in the INX Media case. Reacting to the court's decision to turn down his bail plea, Chidambaram retorted asking if he was a criminal like 'Ranga-Billa'.

These are just sketchy details of a few high-profile executions that Sunil Gupta tells in such vivid detail in his book, Black Warrant: Confessions of A Tihar Jailer, you could well feel like being an eyewitness. 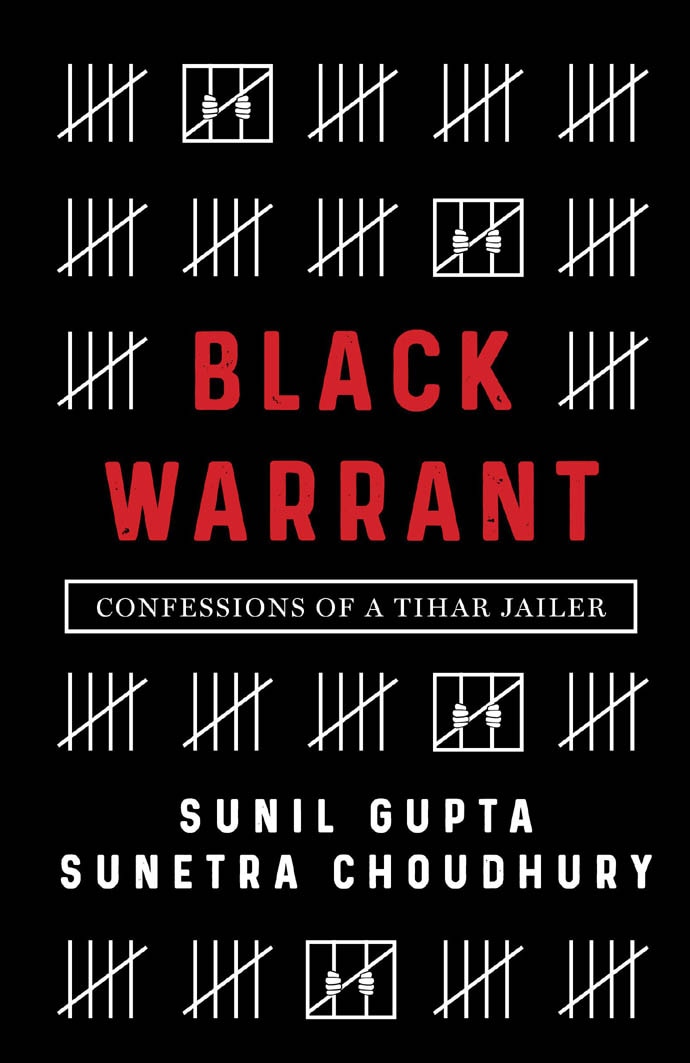 These are Gupta's stories written in the words of journalist Sunetra Choudhury, the book's co-author.

Gupta relaxes the norms for his readers and allows them to breach the high walls of the prison to bring them face to face with a system that is both absurd and intriguing. Gupta's own entry into Tihar was aided by serial killer Charles Sobhraj, not as a visitor, but as a jailer.

The accounts of how Sobhraj escaped from prison by drugging prison guards and fellow inmates — not one or two, but hundreds — and how many others too walked out right under the nose of the guards will make your eyes pop out in shock.

In one such incident of jailbreak in the 1980s, there was no real jailbreak, and yet, inmates, numbering over a hundred, walked out of the prison with the visitors who had come to see them. They were not stopped at the gates because they had managed to copy on their own the seals that are marked on visitors' hands. No guard bothered to take note that many more people were walking out in comparison to those who entered.

These accounts are regaling till you reach the stories of executions in Tihar. It's here that the book ceases to be for the faint-hearted.

As you are introduced to the 'death row phenomenon', the excruciating agony of impending death, the book begins to compensate you for all the laughter it allowed you. It tells you that life in prison isn't all about striking a rapport with jail officials, bribing your way through the labyrinthine jail manuals; that it is also about being in phansi kothri. About years spent in solitary confinement, where you get just 30 minutes a day to stretch your legs and for the rest, you stay put in a cell staring at the walls, with no pen, no paper, no nothing, not even a string in your pyjama to end your ordeal.

Gupta tells both the regaling and sordid tales with real protagonists. And he chooses to not play safe. He names them all — the corrupt officials, the notorious criminals, the repentant ones, and the brazen ones drunk on money and muscle power.

As a jailer, he had the time to sit and talk to the likes of Kashmiri separatist Maqbool Bhat, Indira Gandhi's assassin Satwant Singh, Ranga, Billa and who not.

Gupta's personal biases creep into the book but then it is his story as it is the story of many others caught on the wrong side of the law and behind the high walls of Tihar. And yet, Black Warrant is not just an account of what happens in Tihar but how wildly unreasonable systems work on both sides of Tihar's walls.

Scale the walls to take a peek into Tihar, India's dreaded criminals and their last moments before they were 'hanged till death'.

Also read: Ajay Mankotia makes taxmen look cool in There's Seven For You, Three for Me

#Books, #Tihar Jail, #Book Review, #Blackwarrant
The views and opinions expressed in this article are those of the authors and do not necessarily reflect the official policy or position of DailyO.in or the India Today Group. The writers are solely responsible for any claims arising out of the contents of this article.