How the urge to migrate is coded in our genes

An exclusive excerpt from Sonia Shah's latest book, The Next Great Migration, that makes the case for a future in which migration is not a source of fear, but of hope.

The Next Great Migration tracks the history of misinformation from the 18th century through to today’s anti-immigration policies and makes the case for a future in which migration is not a source of fear, but of hope. The author — Sonia Shah — is a science journalist and the prize-winning author of Pandemic: Tracking Contagions from Cholera to Ebola and Beyond.

We present an excerpt from the chapter on the migration in the animal kingdom. 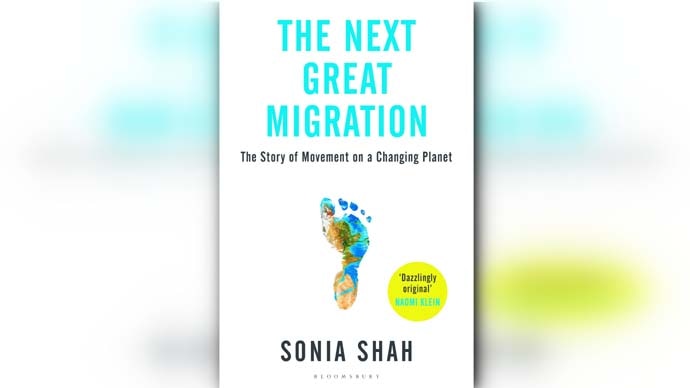 The Next Great Migration: The Beauty and Terror of Life on the Move by Sonia Shah. (Photo: Bloomsbury)

Biologists such as Elton and others who’d dismissed migrants as suicidal zombies and mindless invaders never really examined migrants’ behaviour itself nor considered in any depth how it might have evolved. What drives creatures to move into new territories, away from where they were born? Leaving behind the known comforts of a home habitat, migrants strike out into the unknown. They forsake the help of kin who stay behind. In return, they may not find anywhere suitable to live at all.

And yet they do it anyway.

Baleen whales migrate thousands of miles from their rich feeding grounds in the far north to the warm waters of the tropics. Zooplankton migrate vertically between the depths and the surface the migrant formula in sync with the fluctuating light. Forests move over thousands of years with the advance and retreat of glaciers. In jungle-dripped Hawaii, tiny goby fish migrate from the open Pacific Ocean back to their birthplaces at the tops of waterfalls. The journey requires swimming against ocean currents into fresh waters and climbing up cliffs. They use suckers on the undersides of their bodies to do it.

In humans, the origin and ecological role of migration continue to be shrouded in controversy and contention. But biologists have forwarded a clear idea about its provenance in animals.

For creatures that live in habitats subject to environmental change, survival rests on one of two strategies: either go dormant and wait for the altered conditions to recede or migrate. Again and again, those creatures capable of movement have opted for migration, despite the costs. Dingle distilled a formula that predicts the emergence of migratory behaviour. It lies in the ratio between the time it takes to reproduce a new generation and the stability of the environment. If that ratio is less than one—if, say, it takes a couple of years to reproduce the next generation but the habitat, say a vernal pond, lasts only for a season—migration is likely to emerge. And so as the northern hemisphere tilts away from the sun, lengthening shadows and shortening days, creatures of all kinds prepare to move. Physiological changes transpire inside their bodies, hormones spiking and nervous systems mobilizing. Sap-sucking rosy apple aphids birth special forms with wings. Salmon on the verge of migration experience spikes of hormones such as prolactin and cortisol. Baby eels metamorphose into transparent forms that prefer fresh water to salt water. In preparation for their travels, migratory birds and insects build up fat stores that can comprise more than 50 per cent of their body mass, and plants produce tough coats on their seeds. The proportion of fat they deposit in their seeds correlates to the distance the seeds are likely to travel.

As the time to leave approaches, a restlessness sets in. Migratory birds trapped in cages will flutter repeatedly to one side of a cage, jumping off their perches and crashing to the side. Which side depends on the direction it faces: whichever matches that of their migratory path. Scientists named their agitation Zugunruhe, German for “migratory restlessness.”

It’s hormonal. Remove the gonads of sparrows in the spring, and they’ll be less restless; castrate the migrant formula a migratory bird, and it will still migrate, but in a different direction.

Migratory journeys are not simple extensions of everyday movements, like flying from one tree to another or moving from one cave to the next. In birds, you can tell as soon as they leave, from their rate of climb and the altitude they achieve, that their migratory flights are something different. While en route, their behaviour and bodily functions are fundamentally altered. Unlike during ordinary movements, during migrations their bodies halt their own growth and development. They ignore stimuli they’d ordinarily respond to, passing by appealing foods and breeding spots.

But while migration is driven by physiological changes, it is not necessarily the result of some fixed itinerary instilled into the bones or some blueprint encoded in genes, propelling creatures in fixed directions at standardized times. The physiological states required for migration can be flexible and dynamic, too. The muscles that power the wings of migratory aphids, for example, start to break down after migration, the proteins diverted to reproduction instead. Animals’ sensitivity to the quivers and trembles of our pulsating planet—not predetermined internal programs— drives their behaviour and movement.

Wild animals’ sensitivity to environmental perturbances is the stuff of legend. Anecdotal stories of animals apparently sensing impending environmental disruptions hours or days before they’re detectable to humans stretch back to ancient times. Pliny the Elder described birds’ restlessness before earthquakes. Geese detected the arrival of an invading army of Celts in 387 BCE. Rome before the sleeping residents did, their quacking alerting them to the impending onslaught. In 1975 snakes outside the city of Haicheng in China emerged from their hidden shelters and froze to death in the winter’s cold, in advance of a 7.3 magnitude quake.

#Books, #Sonia shah, #Bloomsbury, #The next great migration
The views and opinions expressed in this article are those of the authors and do not necessarily reflect the official policy or position of DailyO.in or the India Today Group. The writers are solely responsible for any claims arising out of the contents of this article.

The writer is a science journalist and award-winning author.