Be easy on yourself, perfectionism doesn't work with motherhood.

Stepping into motherhood is a profound step in a woman's life. Until her delivery, she is just a human being and then literally overnight, whether she gives birth or adopts, she becomes someone's mother. She enters this new territory with a concept of what "mother" means, based on her own childhood and perceived expectations from others.

The closest influencer is the father or partner, going through his own internal identity crisis of becoming responsible for another being. His ideas about what should be done and what shouldn’t might conflict with hers.

Attitudes, both those derived from others and individual attitudes, have a significant psychologic impact on a woman’s decision to breastfeed and her breastfeeding experience. The success of her breastfeeding journey doesn’t rely only on her, it also depends on how comfortable or “skilled” is the newborn at breastfeeding. 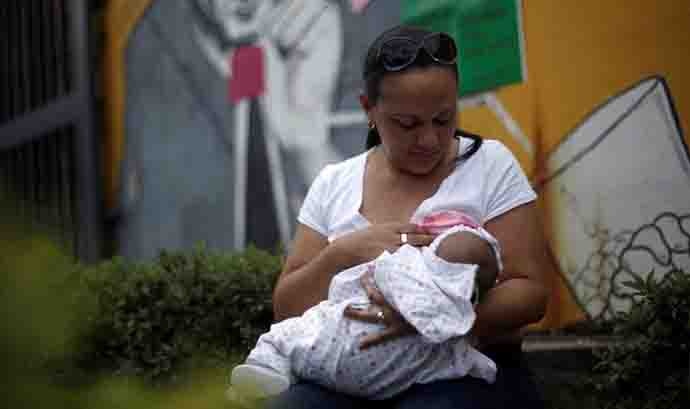 The breastfeeding experience is reflective of the attitudes, beliefs and values of the woman or her family and parenting experience. (Credit: Reuters)

A woman’s family often influences her attitudes, beliefs and behaviours. For instance, a western woman would rely on health professionals, friends, books and the internet whereas, for a Mexican woman, her mother or mother-in-law are most influential, and for some women, their sister or close friend has the most influence.

Beliefs and attitudes of healthcare providers

The attitude of nurses, physicians and other healthcare providers, has a potential effect on the mother’s decision to initiate or continue breastfeeding. Doctors are more likely to encourage women to initiate breastfeeding if they are fully aware of the immune properties of human milk, if they are confident in their own ability to counsel the breastfeeding mother and if there is no logistical problem in keeping the baby with the mother and initiating suckling on the breast. For instance, some may perceive breastfeeding support as too time-consuming, given the restraints of early postpartum discharges.

Conversely, a negative attitude or past experience or ignorance may negatively influence the mother’s decision to initiate and continue breastfeeding. According to a Unicef report, improving breastfeeding practices could save lives of over 800,000 children under five every year. (Credit: Reuters)

It is important to examine the psychologic aspects of the woman’s feeding decisions, her experience of breastfeeding and the context of parenting within which breastfeeding occurs.

Healthcare providers who have positive attitudes and encourage women to breastfeed may be advantageous, but this alone is not sufficient to persuade women to breastfeed; family, primarily fathers, are more influential than healthcare providers in the woman’s ultimate decision. Fathers who show a positive attitude about breastfeeding may focus on the physiologic and psychologic advantages for the mother and infant.

Attitude of mothers and mothers-in-law

However, a woman who is giving birth for the first time seems to be more vulnerable because if her mother expresses negative opinions toward breastfeeding, they are less likely to choose breastfeeding. This is not true, however, among a woman that has had more than one pregnancy.

The influence of mothers-in-law has not been well studied, but it may be that their influence is on their sons, the infants’ father. A negative attitude or past experience may negatively influence the mother’s decision to initiate and continue breastfeeding. (Credit: Reuters)

The ups and downs

Having a baby is definitely a time of joy and celebration, however, it also brings along its lot of worry and confusion into one’s life. The word "freedom" now has a whole new meaning to the new mom as even stepping out of the house would become a task for her. From packing the diaper bag, wrapping up the baby, to dragging the stroller down the stairs, makes her think twice before leaving home. All this sudden responsibility and change of lifestyle may be disturbing.

If becoming a mother is instantaneous, motherhood is really a process. The new mom is tested more than her limits. Sometimes she gets it right and is overjoyed — and sometimes she completely gets it wrong.

The transition into motherhood is a long and painstaking process, especially if support is not available or limited. No matter the expectations, the new dad is probably not up to the mom's standards. Whatever the parents thought parenthood was going to be like, the demands are usually far greater than ever imagined. It is only over time that she starts to believe she is a good mother and begins to form an identity of actually being one, for real.

Spot warning signs early to avoid things from getting worse. New mothers do engage with other mothers but it’s not easy to find likeminded souls. Sometimes when she does find them, their experiences don't match, making her feel isolated in her feelings. If there is excessive tearfulness, increased fighting with your partner, or a sense of detachment from the baby, it is important to seek a doctor’s help.

Don't let these normal difficulties spiral out of control by not seeking supportive counselling. Sometimes couples therapy is helpful at this time, as well. Discuss your problems with a trusted friend or a therapist who will be sensitive to what you're going through.

It is also equally important to make connections with other moms throughout the years your child is growing. Try to make those connections and retain them.

Be easy on yourself, perfectionism doesn't work with motherhood. Be gentle with yourself as you learn how to be a mom and in no time, you will realise that you have already become an expert and you are handling it pretty well.

Exhaustion is your worst enemy. If sleeping two hours between feeds doesn’t give you time to recharge your batteries, consider options like pumping during the day, and have your partner feed the baby while you enjoy one good night sleep once in a while.

Also read: All you need to ask yourself before you become a mother

#Society, #Parenthood, #Motherhood, #Breastfeeding
The views and opinions expressed in this article are those of the authors and do not necessarily reflect the official policy or position of DailyO.in or the India Today Group. The writers are solely responsible for any claims arising out of the contents of this article.