Most people will agree that sports is the best teacher of collaboration and anticipation. What can be learnt on the field can rarely be learnt equally well off it. Sports, whether played outdoors or indoors, as part of a team, with a partner or even alone, allows players to hone their skills of anticipation, collaboration, and strategy. These lessons stay for life and are as relevant and significant as those taught in a classroom or a boardroom later in life. And as with all sports, the earlier we take to it, the better.

Then there are those who opt not so much for outdoor games, but for serious alternatives such as cerebral board games like chess, with all the right ingredients of being intellectually challenging and cool. A turning point in the history of the game, so to speak, took place in 1996 and 1997 when IBM’s famous supercomputer called Deep Blue, immortalised what machines could do when it was pitted against Chess Grand Master Garry Kasparov.

While Kasparov won the first six games played in 1996, Deep Blue won the subsequent six in 1997; the first defeat of a reigning world chess champion by a computer under tournament conditions. Deep Blue's win was extremely symbolic – it was the first indication that Artificial Intelligence (AI) was a match for human intelligence and that intellectual capability could be defeated by brute computing force. But similar brute computing power that worked so well with Chess, fumbled when pitted against the very popular Chinese board game of Go (equally popular in South Korea and Japan). Go is a game with simple rules but one that allows significantly more moves than chess. The reason for this was that unlike chess, Go also requires high doses of intuition and creative thinking as it does intellectual prowess. So much so that until 2015, computer programmes could defeat only amateur Go players.

This was as historic as the earlier chess match between Deep Blue and Kasparov nine years back. The difference, however, was that while DeepBlue relied mainly on brute computing force to evaluate millions of Chess positions, AlphaGo combined this with AI using neural networks and reinforcement learning which more closely resemble human decision-making. But there is one frontier that still looms unconquered on the horizon. One sport that AI still hasn’t wrapped its tentacles around and mastered. One where human capability still reigns supreme. This is Bridge, the well-known card game. Bridge, as the masters would tell you, is a refined gentleman’s game (James Bond plays it after all); a game that brims with strategy, creative deceit and of course, devilish tactics.

It combines logic and reasoning with science and math. But what sets it apart is a very human component – communications (the part when players call out to their teams/allies as they bid or play a significant card), which could be the truth or an outright bluff. The idea is that every message sent is "deciphered" correctly by the partner but (ideally) incorrectly by the opposing team. Remember that unlike in board games where the counters are visible for all to see, a player’s cards in Bridge are not visible to others.

This aligns much more closely with real life battles and wars where propaganda and deceptions, distractions and duplicity or outright deceit are used to outfox and out-manoeuvre your opponents (the British did this exceedingly well in World War I and Winston Churchill was an ardent player). As Warren Buffett, a well-known player of the game is reported to have said, “Playing Bridge is like running a business. It's about hunting, chasing, nuance, deception, reward, danger, cooperation and, on a good day, victory.”

So while AI can routinely thrash chess grandmasters and even Go champions, it is still nowhere close to outplaying the world’s best bridge players. And that’s because while computers algorithms and AI can understand math and science, they’re unable to understand the underlying layers of human behaviour and creative intent that comes to the fore in Bridge. 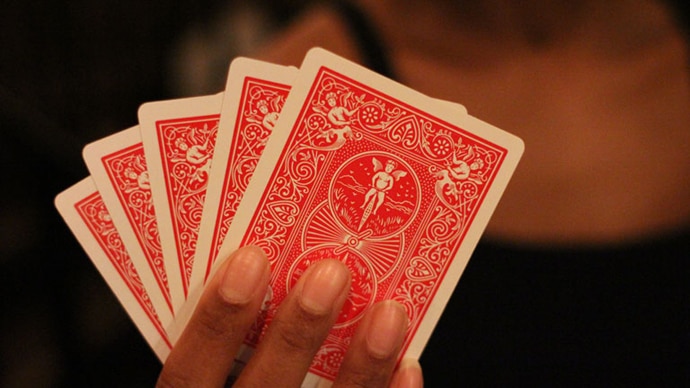 Bridge, is a game of partnership and consequently, the best bridge players are without exception also great partners. The foundation of great partnerships is trust, communications, and patience and this becomes the base for individual creativity, allowing players to work their individual magic into their games.

Many Bridge aficionados believe that it is the perfect game to introduce in schools as it embodies cooperation, logic, and problem-solving and has also been linked to higher test scores among children. Warren Buffett and Bill Gates have been known to have a keen interest in organising bridge programs for public schools in the US and even provided US$1 million in initial financing in 2005 to take this forward.

Interestingly the International Olympic Committee (IOC) has officially declared Bridge to be a "sport" and has admitted the World Bridge Federation as part of the Olympic movement. Like Ches, it is considered a “mind sport.” The IOC recently confirmed that there will be five new sports at the Tokyo 2020 Games. Baseball, climbing, karate, skateboarding, and surfing will join the list of 39 existing sports, though netball, squash and snooker are still excluded. Bridge and Chess too are waiting in the wings to be accepted into the Olympic pantheon but not in 2020. It is, I am sure but a matter of time!