Netflix has released season 2 teasers and trailers for two of its most viewed shows, Bridgerton and The Witcher

Streaming giant Netflix released season 2 teasers and trailers of its most-awaited shows, Bridgerton and The Witcher at its global fan event TUDUM on Saturday.

BRIDGERTON: Described as "a very feminist, very steamy take on the strict social mores of early 19th century London, all narrated by an unseen gossip hound voiced by Julie Andrews", Bridgerton quickly became Netflix’s biggest hit with 82 million viewers in its first month. The second season is all set to premiere in 2022 and has just released its first look. Following the chronology of Julia Quinn’s books, the second season focuses on Viscount Anthony Bridgerton played by Jonathan Bailey and Kate Sheffield played by Simone Ashley. The first look indicates the classic rom-com troupe- enemies to lovers between the two leads.

Netflix has also revealed photographs of the Sheffield family, introducing Kate’s mother Mary and sister Edwina being ushered by Lady Danbury. The previous season’s lead, Regé-Jean Page, Duke of Hastings is not expected to return while Phoebe Dynevor’s Daphne Bridgerton will be showcased. Creator Shonda Rhimes will also be releasing seasons 3 and 4 of the show. 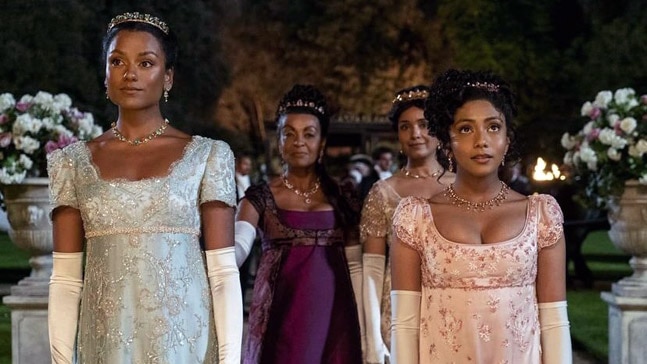 THE WITCHER: With 76 million viewers in its first month of release and the second most popular show of 2019, The Witcher is a fantasy drama show. Based on the book series of the same name by Polish writer Andrzej Sapkowski, the show is known to heavily feature monsters. It stars Henry Cavill as Geralt of Rivia, Freya Allen as Ciri and Anya Chalotra as Yennefer of Vengerberg as its main leads.  The new season is set to premiere on December 17.

In the last episode of season 1, the show left its viewers with a cliffhanger of the fate of all of its main characters. Geralt and Ciri are seen finally able to find each other while Yennefer was thought to be dead. It is concluded that Nilfgaard has won the war. The new trailer shows Geralt’s efforts to protect Ciri in his home while Yennefer being held hostage. It also hints at another war taking place and the show is expected to divulge deeper into Ciri’s powers and Geralt’s past. After the trailer was shown at the event, creater Lauren Schmidt Hissrich also announced that the show has received a green-light for season 3 The O: Netflix has released season 2 teasers and trailers for two of its most viewed shows, Bridgerton and The Witcher. The Witcher is set to release on December 17 while Bridgertotn is set for 2022.