The movie drags us back in time. It does the same to issues concerning women.

Bulbbul, played to finesse by Tripti Dimri, is that woman. She chirps a lot but never communicates her inner rumblings because what good can they achieve? 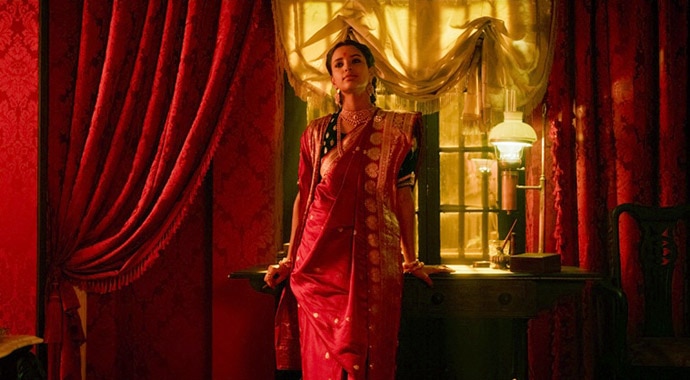 Between the real world, where injustice to women is routine, and netherworld, where injustice is met with justice, Bulbbul lives and rules. After Stree and Pari in 2018, the horror genre has been pressed into use once again in Bulbbul to tell the tale of women denied what they have always been denied – the freedom to make choices.

If Stree was a lighter take on gender discrimination and an appeal to set things right, Pari was a rage-filled power fantasy for women. Stree succeeded at the job, Pari fell short and Bulbbul crash lands after a lot of anticipation and suspense in the air.

Anvita Dutt begins well in her directorial debut introducing an ebullient child bride who indulges in storytelling - listening more, telling less. She has a penchant for horror tales. Her raconteur is her brother-in-law. Married to a man elder to her by decades, it’s the brother-in-law (Satya) Bulbbul loves to flutter around with. The problem – time passes and growing up happens. That is when lines between love and lust, friendships and flings begin to get etched. If you don’t etch them yourself, those around would eagerly do it for you.

The problem with Bulbbul, released on Netflix, is that this story woven around storytelling is weak on script. The makers have gone big on looks. The movie begins in 1881. Despite being in colour, it recreates the era, but the narrative fails to hold. Bulbbul goes big on scale, but falls way short on the script.

As the film fast-forwards 20 years and Satya (Avinash Tiwary), who had been forcibly sent to London by Bulbbul's husband Indranil (Rahul Bose), returns to the haveli, which forms the background of the story. Satya is told mysterious deaths have been happening. Unfortunately, the mystery never deepens. You can guess most of what is going on around them. You are not even spooked because if can guess what’s going on, what’s left to get spooked about?

Tripti Dimri’s archness as a grown up Bulbbul does save the lack of a solid storyline but there is only that much that good screen presence or acting can do in saving a film without a story. In fact, Bulbbul with Rahul Bose and Paoli Dam, has actors playing their part well. It’s the story that fails them. The movie has some fine actors but no holding story.

So what does the movie do to the peg of the story, which is injustice and violence meted out to women?

There is a scene in Bulbbul where Binodini, Bulbbul’s sister-in-law, is trying to tell the former why a ‘zamindar ki bahu’ must endure what she is going through. The scene is reminiscent of a similar discourse from Prem Rog (1982) where a mother tells her daughter, who has been raped, to keep mum.

The discourse the movie attempts to touch upon is caught in a time warp. It goes nowhere. Prem Rog was ahead of its times. Bulbbul takes us back to the times before Prem Rog.

A grand time travel lost to a bland story.

#Netflix, #Tripti dimri, #Anushka Sharma, #Bulbbul
The views and opinions expressed in this article are those of the authors and do not necessarily reflect the official policy or position of DailyO.in or the India Today Group. The writers are solely responsible for any claims arising out of the contents of this article.