Over 200 hectares of land that is a part of the wildlife habitat has been granted clearance for the bullet train project. Perhaps we rejoiced too soon that the flamingos in Mumbai had tripled since last year.

The Prime Minister, in his four years and 10 months tenure, has added many feathers to his cap.

The latest are the feathers of the flamingoes that are soon to depart, owing to the project for one of India’s first ‘bullet trains’ that the Prime Minister inaugurated with his Japanese counterpart Shinzo Abe in Ahmedabad in September 2017.

The project involves diverting over three hectares of forestland from the Thane Creek Flamingo Wildlife Sanctuary (TCF) and nearly 100 hectares of land close to the boundary of the forest’s protected area, according to the Minutes of the 52cnd Meeting of the Standing Committee of National Board for Wildlife document. 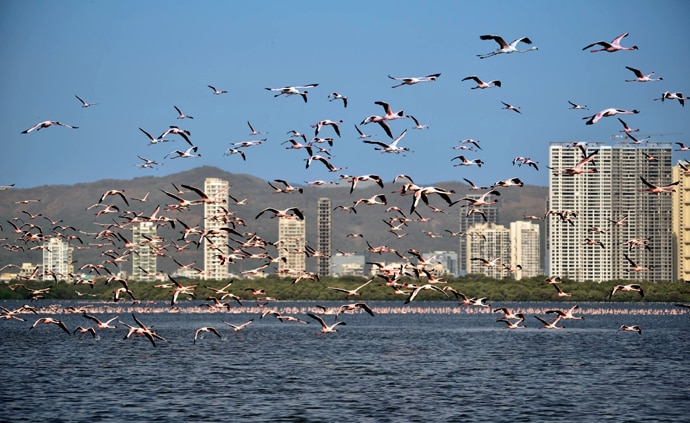 Flamingos in Mumbai tripled since October 2018, now at 1.2 lakh owing to the Thane Creek Flamingo Sanctuary. (Photo: Amarish A. Bhilare)

In the meeting — chaired by Union Environment Minister Harsh Vardhan — wildlife clearance has been accorded to the Mumbai-Ahmedabad high-speed train corridor that reportedly encroaches on the Thane Creek Flamingo Wildlife Sanctuary and the Sanjay Gandhi National Park (SGNP) in Mumbai.

While the TCF is a flamingo-haven, the SGNP is home to leopards — the present proposal for the bullet train promises to destroy both.

Recently, the Bombay Natural History Society (BNHS) found that the eastern seafront of Mumbai hosted more than 1.2 lakh flamingos in January 2019 — that's up from a mere 45,000 birds that were recorded in October last year. The large presence of flamingos was attributed to the Thane Creek Flamingo Sanctuary, which is now set to lose the race to the high-speed bullet train. Perhaps the wildlife enthusiasts rejoiced too soon.

According to records, the project was accorded wildlife clearance on January 10, 2019.

Forest clearance is mandatory for any developmental project — an integral and critical part of forest clearance is wildlife clearance. According to a report in The Hindu, forest clearance process for this particular project was not even a part of the original agenda of the meeting in which it was slated to be discussed. “In some cases, a file can come in through the intervention of the Chair [in this case, Mr Vardhan]. This was one of those projects,” the report quoted a person privy to the process.

The bullet train is one of the many ambitious projects that Prime Minister Modi has inaugurated in his tenure. 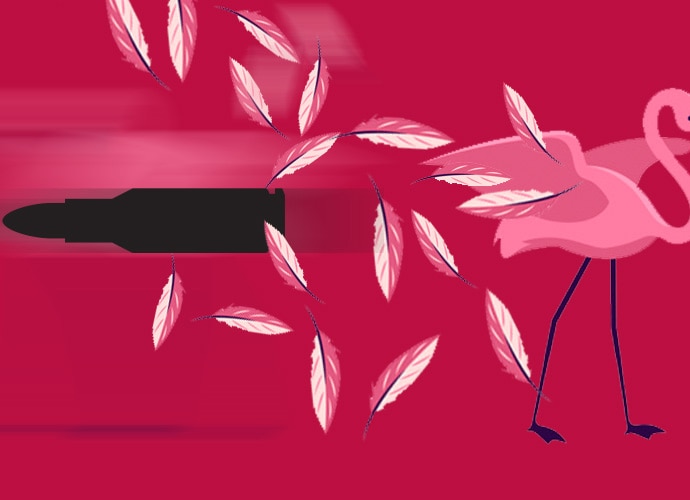 Bullet through the flamingo's heart: The bullet train project is cleared to zoom past the heart of the Thane Creek Flamingo Sanctuary. (Graphics: India Today)

With “development” as his focus, ahead of the elections in 2014, Modi had promised in the BJP manifesto that if voted to power, his government would “frame the environmental laws in a manner that provides no scope for confusion”, so that there can be speedy clearances for proposals, along with a time-bound and transparent decision-making on environment clearances.

One cannot fault the Prime Minister for going back on his words — at least, in this respect.

The average processing time for green clearances is now down to 180 days, as opposed to 580 days earlier.

The government, as ambitious as the man at its helm, is now aiming at bringing the processing time down to less than 100 days.

The expedited clearances have come at a cost — the cost is being borne by the environment and wildlife.

The accelerating breakneck speed of “development” brings us to the oft-asked key question: Development for whom — and at what cost?

Also read: Not crocodile tears: Over 500 crocs to be rendered homeless at the Statue of Unity, so a seaplane can land

Post your comment
#Tungareshwar wildlife sanctuary, #Sanjay gandhi national park, #Flamingo habitat, #Environmental Clearance
The views and opinions expressed in this article are those of the authors and do not necessarily reflect the official policy or position of DailyO.in or the India Today Group. The writers are solely responsible for any claims arising out of the contents of this article.