Why India is 70 years behind in understanding its butterflies

What, one would like to know, were the criteria used to decide which species needed protection?

The first catalogue of the butterflies of independent India was published in 2015. Prior to that, we did not know how many species of butterflies occurred in India. The most recent field guide dealing with all the butterflies of the Indian subcontinent was written by Brigadier WH Evans. It was called The Identification of Indian Butterflies and the second edition was published as a book in 1932. Somewhat importantly for the conservation of Indian butterflies, Evans had assigned a status to each butterfly subspecies, ranging from very common to very rare. In those days, the words, “threatened”, “endangered”, “vulnerable” had not become the grist of environmentalist mills, so the status merely reflected a very basic opinion on how often a normal collector would be likely to meet with a given species in the course of a normal day’s collecting.

In Evans’ words, “The designation Common, Rare, etc have been assigned as the result of long experience, but a butterfly may be very common in one area and very rare in another, rarer some years, common others or perhaps only to be found commonly for a very short period in a very restricted locality.”

A half century later, butterfly collectors in Europe became a target for construction lobbies and as a result of a well-orchestrated campaign, international public opinion was firmly established against butterfly collecting. Just as during the '50s, when colas and junk food begin to gain traction, the US sugar lobby managed to place the onus for children’s obesity on dairy products, while their flunkeys invented a narrative about cholesterol and harmful fats, similarly, flunkeys of construction lobbies invented narratives about the harmful effects of collecting butterflies. 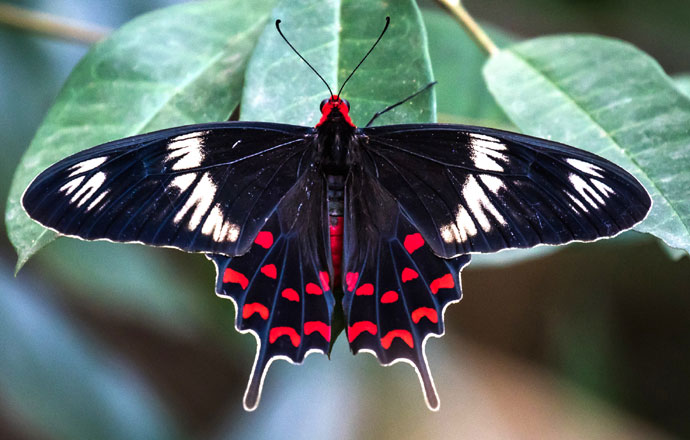 Today, some 35 years later, there is little to show for the bans on collecting imposed by several European countries. In the Czech Republic, managers of protected areas are now inviting collectors from all fields to survey the sites, since the state does not know what it is protecting within the protected areas.

Meanwhile, butterfly populations continue to drop outside protected areas because industrial activities continue unhindered by state mechanisms. The public is fed a narrative that butterflies are protected because collecting them has been banned and everyone is happy. Everyone, except the butterflies, for whom no voices are raised when new roads, factories, pavements and other methods of exterminating them are constructed. In a telling example, the butterfly Erebia christi was known from five colonies in Switzerland and Italy.

The Swiss authorities decided that they needed to build a road through one of the main known colonies of the butterfly, in order to connect a few cottages. No one raised a voice against it. In compensation, the authorities erected a signboard on the site of the extinct butterfly colony reminding passersby that collecting the butterfly attracts a fine of 10,000 francs.

In India, the Zoological Survey of India was tasked by the then ministry of forests in the early ‘80s to supply a list of insects that needed protection, since the lack of insects in the Schedules of the Wildlife Protection Act 1972 appeared a lacuna to some people. The most hilarious inclusions are probably the Peablue (above) and the Gram Blue on Schedule 2. Photo courtesy: Ifoundbutterflies/Rohit Girotra

The Zoological Survey responded with a request to include all Indian insects in the schedules. This proposal did not make it through the Lok Sabha, where it was pointed out that moths settled below the street lights outside Parliament were regularly crushed by the tyres of lawmakers' cars, so they could hardly be expected to unwittingly break a law while going about the perfectly legitimate business of making laws!

What, one would like to know, were the criteria used to decide which species needed protection? For something that lives an average of a fortnight and whose population can fluctuate by the millions within a few generations, that have little demand on international butterfly markets, what was the Zoological Survey looking at when they decided to include butterfly species in the various Schedules?

The answer, of course, is Evans’ book — everything noted as very rare by Evans found a place in Schedule 1, while everything that was rare was placed in Schedule 2. I have still not managed to discover the criteria followed for including beetles.

The fact that this was an unworthy paper exercise is clarified by four facts: the first is, the Danaid Eggfly ("Hypolimnas misippus"), a common and widespread butterfly, has been included both on Schedule 1 and Schedule 2.

It is ridiculous to extend protection to a genetic aberration that will survive an average of a fortnight. By the way, this species is also known as the six-continent butterfly, since it is found on all six habitable continents.

The Crimson Rose ("Pachliopta hector") is a common butterfly in peninsular India. In some years, it swarms by the millions and there are records of vast numbers flying out to sea.

Some of these reached the Andaman Islands, where they were duly recorded by commissioner ferrar. So Evans noted that the species was Common on the Indian mainland (Ceylon to Bengal), but Very Rare in the Andaman Islands. You guessed correctly, the Crimson Rose is included in Schedule 1! The most hilarious inclusions are probably the Peablue ("Lampides boeticus") and the Gram Blue ("Euchrysops cnejus") on Schedule 2. They are well known pests of peas, gram and other leguminous crops. The Indian Agricultural Research Institute has advisories for farmers about how to control population outbreaks, including the use of chemical pesticides.

Fourthly, the concocters of the schedules also appear to have been unfamiliar with geography, since at least three species of butterflies that were never found in India are included, "Melitaea robertsi lutko" (Chitral); "Vanessa polychloros fervida" (Chitral to Murree) and "Euchloe charlonia lucilla" (Khyber, Balochistan to Punjab).

Naturally, these and other conceptual lapses were pointed out in several scientific and popular articles by competent Indian scientists (the foreigners simply giggled).

The matter was sent for review to another "premier" research institution, the Wildlife Institute of India. They reviewed the butterflies listed on the Schedules in collaboration with expertise from the Forest Research Institute.

The report was never made public, but apparently they justified keeping the species on the Schedules without changes. What was worse, officials at the ministry appear to have believed them!

What was the effect of including the butterflies on the schedules? Well, the legal export of Indian butterflies stopped. The same could have been achieved by a notification banning export. It should be noted that the terms Rare and Common are inapplicable to express a species’ status in nature. The reason is that, if single specimen of a butterfly was recorded in 1932 and again in 1980, it means that a viable population of the butterfly existed all along, even though it was not recorded by humans. If it has a viable population, it is not endangered.

The term Common only means that we know where and when to find a viable population of a particular species and the term Very Rare means that we lack this information. To ban collecting and, therefore, the collection of data on the Very Rare butterflies only ensured that we are as ignorant as ever about their populations and requirements, which is vital for their long term conservation. Even if people have bred the species or discovered new information about them, the information rarely finds its way into scientific literature because of the possible legal implications.

What it did succeed in doing is giving “environmentalists” a reason to challenge collectors and harrass them. In a lamentable case, a college principal in Nashik succumbed to pressure by ignorant environmentalists and an even more ignorant Divisional Forest Officer and consigned an identified collection of moths made by a PhD student to flames, even though moths are not included on any Schedule!

It is no wonder then that we are an estimated 70 years behind the rest of the world in our understanding of Indian butterflies. We have practically no knowledgeable persons and only recently have we developed a pool of youngsters who can place with reasonable certainty the identity of some 60 to 70 per cent of Indian butterfly species. Almost all of these persons are not government scientists.

The quality of expertise available among governmental scientists is perhaps reflected in a new book called Common Butterflies of Jharkhand, published by the state biodiversity board, where, out of 110 photographs of butterflies, scientists of the Zoological Survey of India and Indian Council for Forestry Research and Education have misidentified 19 photos, or nearly every fifth photograph. This despite having referred to the latest photographic guide books, as listed in the references!

Other "experts" lack a basic understanding of the field, such as the ability to measure a butterfly. In another telling example, in two books published more than ten years apart, the same author defines two different methods of measuring a butterfly, both wrong, while giving measurements lifted from Evans who based his measurements on a correct method! These lapses were never corrected in errata slips, so readers continue to be misinformed by these books.

One of the books was published by the Universities Press and the other by a state forest department, so people tend to believe what is written in them.

Also read: Did a ban on hunting help India's wildlife and forests thrive, or ruin them?

#Wildlife Protection Act, #Butterflies
The views and opinions expressed in this article are those of the authors and do not necessarily reflect the official policy or position of DailyO.in or the India Today Group. The writers are solely responsible for any claims arising out of the contents of this article.