Why your caste decides how healthy you are, and how long you live

Between two people with comparable salaries, the one belonging to the lower caste is likely to die earlier.

If you are an “upper” caste Indian, chances are you have a better life than that of people from lower castes. Government data has shown you are also likely to have a longer life.

In a stark demonstration of how deeply entrenched caste is in every aspect of an Indian’s existence, data from the National Sample Survey Office’s (NSSO) Morbidity and Healthcare Surveys reveals that for Scheduled Tribes (ST), the average age of death was 43 years, for scheduled castes (SC), it was 48 years, while for upper castes (non-Muslims), it was 60 years. 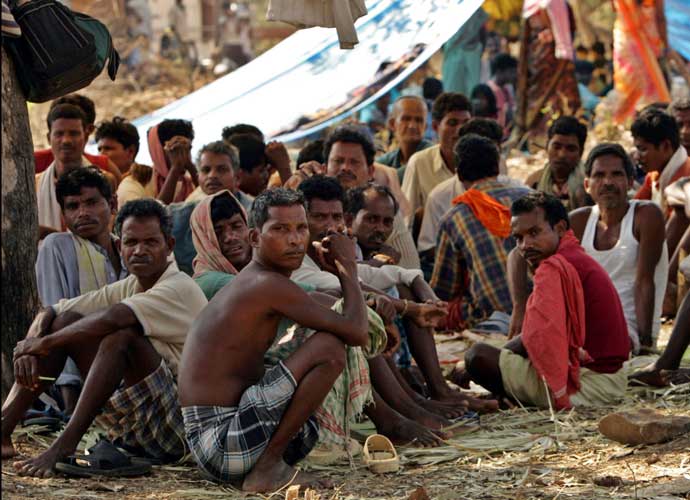 While adivasis die the youngest, only 24 per cent considered themselves to be in poor health. Photo: Reuters/file

Caste also determines how healthy people are, how much access to healthcare they can command, and how likely they are to report their own ill health.

The statistics are open to the criticism that it is not caste, but the attendant disadvantage of poor income, which is responsible for the poorer health of individuals.

Even if valid, the criticism would mean that after 70 years of Independence and affirmative action on the policy level, lower caste is largely equal to poverty. However, data has actually been crunched to remove the income factor, and the results are still the same – between two people with comparable salaries, the one belonging to the lower caste is likely to die earlier.

This is far more problematic than the simplistic poverty-means-disadvantages corollary, and throws into relief the degree of exclusion, lack of access, lack of awareness, and institutional neglect that caste can mean for Indians.

For OBC non-Muslims, the ADD was 52 years, for OBC Muslims, it was 50 years, and for Muslim upper castes, it was 49 years.

People’s perception of their health also varied with caste, which means upper castes were more likely to realise they were unwell and seek medical help than lower castes. While only 24 per cent adivasis considered themselves to be in poor health, most to report ill health – 35 per cent – were Muslims, of both backward and upper castes.

The numbers clearly show how caste operates in a matrix of privileges and disadvantages. Lower castes are likely to have lower income, lower levels of education, lower awareness about diseases and symptoms, all of which contribute to ill health and mortality.

Along with this, they are also more likely to be victims of exclusion – practices like untouchability, upper castes laying first claim on limited resources, lower castes lacking the voice to fight for more equitable distribution, mean they have limited access to healthcare.

Borooah, in his article, writes: “The point about group membership is that while it may not be the primary factor behind health inequality, it is the main cause of health inequity.”

Another factor is that of migration. Lower castes migrate as blue collar workers, and often fall off the radar of public services, which require identity and address proof to register.

This means that a migrant worker is more likely to not be registered for government benefit schemes such as subsidised ration, health initiatives like the Tuberculosis treatment programme, aanganwadis, care schemes for pregnant women and infants, among others, which can be potentially life-saving.

At a time when reservation in education is often up for debate – triggered by statements from the likes of Lok Sabha speaker Sumitra Mahajan and RSS chief Mohan Bhagwat – the statistics give the lie to claims that if education levels and incomes improve, the most disadvantaged classes, Dalits and adivasis, will organically progress to better living conditions, and outline the need for targeted benefit schemes.

Is it time for reservation in access to healthcare?