The nation is at the forefront of vaccine development, helping other countries battle enteric and diarrheal diseases.

As a paediatrician, my most difficult days are the ones when I have to watch children suffer from diseases I know we can prevent. Paediatric wards across the country are flooded with children who are too weak to walk or even sit up, struggling to keep down food and fluids. These children aren't suffering from rare illnesses, but from common diarrheal and gut infections like rotavirus and typhoid, which strike millions of Indian children each year. Worldwide, enteric and diarrheal diseases kill more than 5 lakh children every single year. India alone accounts for a quarter of all child deaths due to diarrheal disease. Millions more in the country contract these diseases through contaminated food and water - which is how typhoid spreads - or through viral infections like rotavirus passed on from other kids. The kids who survive often fall into a vicious cycle of poor health - facing long-term damage from the malnutrition that stems from repeated bouts of diarrhoea. Fortunately, since my first turn on a paediatric ward almost 35 years ago, we now have proven tools to prevent these deadly and debilitating diseases.

Over the last month, the World Health Organisation (WHO) prequalified two groundbreaking Indian-made vaccines: one for rotavirus and one for typhoid. A second vaccine for rotavirus - also produced in India - is expected to receive WHO prequalification in the coming weeks. This means that United Nations agencies and affiliates, such as Gavi, the Vaccine Alliance, can purchase and provide these vaccines to children in countries around the world - a major step in improving child health globally and a sign of India's growing leadership in vaccine development.

While these vaccines have game-changing potential, they will not have a significant impact on child health if those who need them most can't receive them. The rotavirus vaccine (ROTAVAC) was added to India's Universal Immunisation Programme (UIP) in 2014 and has been rolled out in nine states so far. This is a promising start, but the vaccine, which is cheaper and easier to transport than previous rotavirus vaccines on the market, is still not universally available. To protect all children from rotavirus, the government must continue to roll out the vaccine in all states. 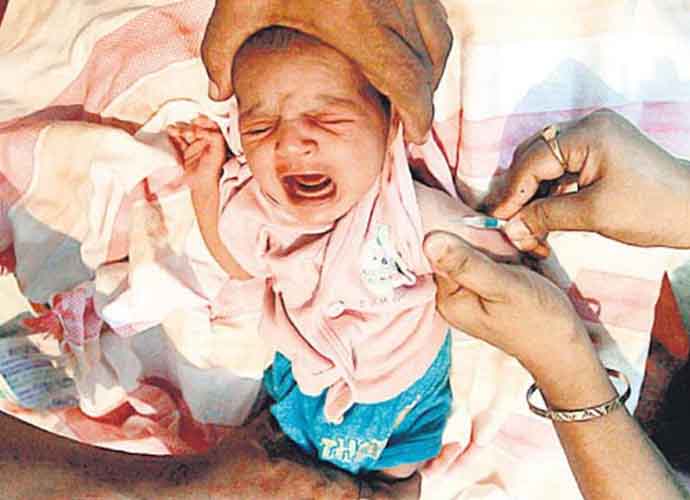 Unlike ROTAVAC, India's typhoid vaccine - Typbar TCV - is currently only available in the private market and isn't part of the UIP. This needs to change immediately. Typbar-TCV is the first typhoid vaccine that provides protection for infants - who are disproportionately impacted by the disease - and is longer-lasting than other available options. If we move quickly, India would become the first country ever to include this typhoid vaccine in its national immunisation programme. This would protect millions of babies and children from typhoid's devastating consequences and set an example for the rest of the world on the importance of vaccines in improving child health.

Of course, vaccines, an essential and effective first line of defence against diseases, are just one tool to help ensure no child dies a preventable death. Better access to clean water and improved sanitation, for example, are vital to curbing the spread of typhoid and other diarrheal diseases. Raising awareness about what parents can do to protect their children against deadly diseases is also necessary.

In the early days of my residency, I often felt helpless in the face of an overwhelming number of sick children. But today, I feel hopeful. India is at the forefront of vaccine development, helping other countries battle enteric and diarrheal diseases while also making strides to protect children at home. Now is the time for India to ramp up its commitment to improving child health for all by ensuring that every child in the country gets the vaccines they need to live healthy and productive lives. After all, our kids' future - and India's in turn - depends on it.

Post your comment
#Typhoid, #Vaccination, #Healthcare, #Child immunisation
The views and opinions expressed in this article are those of the authors and do not necessarily reflect the official policy or position of DailyO.in or the India Today Group. The writers are solely responsible for any claims arising out of the contents of this article.