How to stop child marriage, the aggravated form of trafficking

On World Day Against Trafficking in Persons on July 30, it is important to recognise that thousands of girls in the country are trafficked in the garb of child marriage every year.

Shabnam, 14, from Telangana was the eldest of five siblings, and according to her parents, was old enough to be married. Her father who was working in a factory nearby had lost his job during the pandemic. Shabnam’s school had closed down due to the pandemic and the mid-day meals had been discontinued. Shabnam’s father was finding it extremely difficult to feed so many mouths. So when his neighbour came with a marriage proposal for Shabnam, he could not refuse. The neighbour said that the groom is a distant relative of his and works in Doha. The marriage was readily fixed and the groom came a week before the marriage. He was courteous and friendly and brought gifts for Shabnam’s family. Shabnam’s parents also received Rs 40,000 as mehr and the marriage was solemnised as per the religious customs. After marriage, Shabnam left for Doha with her husband with dreams of a beautiful future. Her parents have not heard from her since then. The neighbour who fixed the marriage has also gone missing. Shabnam’s parents are extremely worried about the safety and well-being of their daughter, but they do not know what to do.

Shabnam’s case is not a unique one. Every year, thousands of girls in the country are trafficked in the garb of child marriage. With the ongoing pandemic situation and its strain on family finances, such cases are increasing at an alarming rate. In this article, an attempt has been made to demonstrate how many a time a child marriage is nothing but a cover for the trafficking of children and can only be curbed by the implementation of stringent anti-trafficking law. Every year, thousands of girls in the country are trafficked in the garb of child marriage. (Photo: Reuters)

A girl child in our society has very little or no control over her own life choices — she is lacking in agency. Families, especially in the rural areas, prefer to get her married at the earliest for many reasons such as safety, the honour of the family, etc. The National Family Health Survey V (NFHS V) released recently states that 21.9 per cent of women in the age group of 20 to 24 years are married before they turn 18. There are several characteristics underpinning the issue of child marriage, including but not restricted to the glaring lack of consent, economic transactions and various forms of abuse faced by the girl. In most cases, the child is taken out of the protection of her parents and married off, the parents are assured of a safe and protected place for the married daughter. Sometimes coercion or threat is also used to solemnise the nuptials. There have been instances of the girl being married, in lieu of a loan taken by the parents. Once married, it is almost impossible for the girls to move out of the abusive situation and they accept the same as their fate, even though they may be subjected to abuse, may have to work for long hours, maybe denied education and may have no or limited access to finances.

While child marriage is a social evil that we have failed to eradicate, trafficking of girls under the garb of marriage is a grave crime. Girls continue to be trafficked on the pretext of marriage as several poor families facing hunger and starvation are not able to resist the inducements offered by the traffickers who never reveal their true intention while making the offer of marriage.

The offence of trafficking as defined in the Indian Penal Code covers trafficking on the pretext of child marriage as well. However, the punishment for the same does not take into account the gravity of the crime and is the same as trafficking using other modus operandi. Also, in the present statute, there is nothing about relief and rehabilitation of such victims of trafficking once they have been rescued. Many times, these victims are not accepted by their families and society and they have to resort to flesh trade or similar professions to survive.

The ongoing Covid-19 pandemic has further aggravated the problem, with increasing cases of human trafficking in the form of child marriage taking place in the Global South. The United Nations raised an alarm ahead of International Women’s Day this year, stating that 10 million underage girls were married into exploitative households since the onset of the pandemic and this rise in cases is unsurprisingly concurrent with an uptick in human trafficking cases. Research on trafficking, published by the United Nations Office on Drugs and Crimes (UNODC), has identified women and girls being exploited in child marriages as part of the same cycle of violence which includes forced prostitution and other forms of sexual slavery. The Constitution of India prohibits trafficking under Article 23, which is a Fundamental Right, however, the crime of trafficking continues unabated.

The Trafficking in Persons (Prevention, Care and Rehabilitation) Bill, 2021, which has been placed in the public domain by the Centre is holistic legislation that covers all aspects of trafficking including its prevention, detection, investigation, prosecution, trial, as also rescue, relief and rehabilitation of the victims. Once the proposed Bill becomes a law, the enforcement agencies shall be able to combat trafficking in a much more effective manner, and the victims will also be fully taken care of by the state by way of their timely rehabilitation. In the Bill, a child marriage for trafficking has been defined as an aggravated form of the offence of trafficking, and the punishment is much more stringent. Therefore, the new proposed law is likely to deter the traffickers from using the modus operandi of child marriage. Deterrence is also likely to be caused by the provision of shifting of the burden of proof on the accused, as also of a time-bound trial of cases in the proposed legislation. Thus, the new Bill once it becomes the law, is likely to strike a blow to all forms of trafficking of children including child marriage. 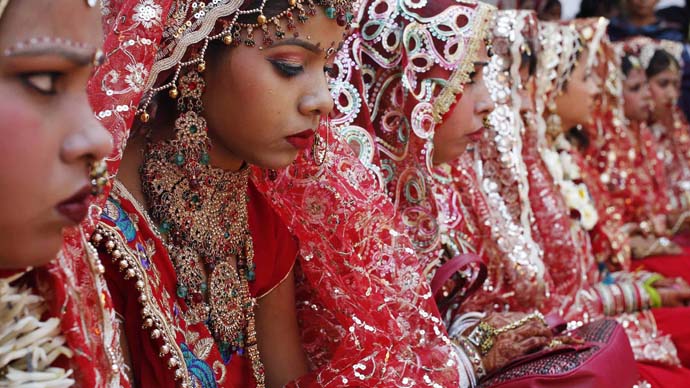 Recognition of the threat posed by the trafficking of persons, especially children, to society has long been raised by Nobel Peace Laureate Kailash Satyarthi. A nationwide campaign in 2017 — Bharat Yatra — put forth his demand for a comprehensive anti-trafficking law was supported by Chief Ministers, judiciary, state governments and institutions. By addressing this issue and by introducing it in the form of the present Bill is a commendable effort by the government. The Bill needs to be supported and passed in the Parliament to ensure that our girls are safe and not exploited under the pretext of marriage and trafficked and many times re-trafficked for marriage.

#Covid-19 pandemic, #Human Trafficking, #Child bride, #Childmarriage
The views and opinions expressed in this article are those of the authors and do not necessarily reflect the official policy or position of DailyO.in or the India Today Group. The writers are solely responsible for any claims arising out of the contents of this article.

The author is a trainer on child rights protection.