The ridiculous exception under Section 375, IPC has been removed, but we need to take consent within adults in marriage seriously as well.

It is certainly a milestone in the history of Indian jurisprudence and gender equality. The Supreme Court on October 11, 2017, criminalised sex with a minor wife by striking down the exception under Section 375 of the Indian Penal Code that gave immunity to a husband if the minor wife was over 15 years of age.

By invalidating the exception, the apex court has brought about a semblance of uniformity and has also helped in removing the inherent conflict between the Section 375 of IPC (as amended by the 2013 amendment to Criminal Procedure Code and the provisions of POCSO (Protection of Children from Sexual Offences Act), which stipulates the age of consent to be 18, without exception.

The exception two under Section 375 held that sexual intercourse or sexual acts by a man with his own wife, the wife not being under 15 years of age, was not rape. In fact, this exception made it "conducive for child marriages" and permitted husbands of such illegal child marriages (acceptable under some personal laws), therefore not criminalised for the husband and the child bride) to force themselves on their child wives, if the latter belonged to the age group of 15 to 18 years.

Section 375 defines rape as "sexual intercourse or any of the specified sexual acts with or without the consent between a man and a girl under 18 years of age". 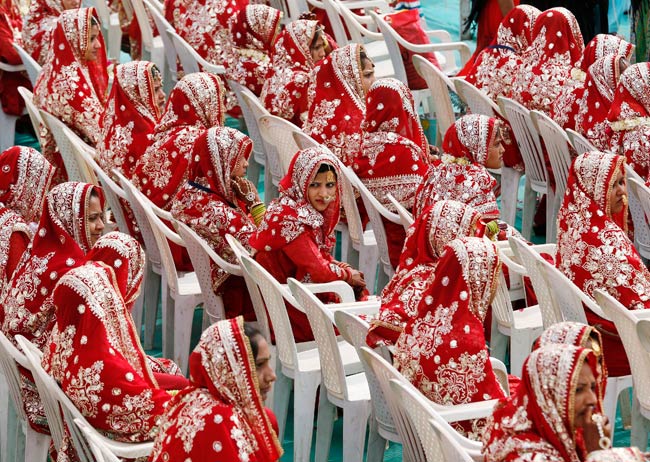 Now that the top court of the country has actively struck down that unruly exception, prioritising the health and well being of the girl child, it makes no sense not to extend it to married women

The verdict by justices Madan B Lokur and Deepak Gupta is significant because it makes a "purposive interpretation" of the law, and also helps pave the way for a more comprehensive jurisprudence on the prickly issue of marital rape, which is not yet recognised in India. While justice Lokur observed that the exception under Section 375 of IPC was contrary to the fundamental right to life and liberty under Article 21, he also said that the law pertaining to age of consent between married and unmarried women is "artificial".

The petitioner had pointed out the rule's anomaly with Protection of Children from Sexual Offences Act, 2012 (POCSO) under which sexual intercourse with a girl child under the age of 18 years - with or without her consent - would constitute rape. Guided heavily by provisions and scope of POCSO, the verdict underlined how child marriages and sex within such marriages contribute to child sexual trafficking.

Even though the SC judgment will preside over some personal laws, which permit child marriages, what's also of paramount importance is the path to help raise awareness about the absolute and inviolable centrality of consent in the sexual act even within marriage between adults. As of now, the central government has said in court that criminalising non-consensual sex within marriage is not part of Indian tradition, and that marriage itself is a one-time consent for future sex acts by the husband.

The Union minister of women and child development, Maneka Gandhi, had infamously done a volte-face when after some notable comments on the possibility of criminalising marital rape, she fell in line with her party and government to say that India was too diverse and literacy rate too low to put a blanket ban on non-consensual sex within marriage. However, the government had then relied on the very exception under Section 375 of the IPC to make its case that marital rape be not recognised.

Now that the top court of the country has actively struck down that unruly exception, prioritising the health and well being of the girl child, it makes no sense not to extend it to married women, who are often at the receiving end of patriarchy's misogynist assumption that the marital contract is a permanent and endlessly stretchable one-time consent for all future sex acts.

Even though justices Lokur and Gupta expressly said that the current judgement would have no bearing on the issue of marital rape whatsoever, the ground has still been made for recognising non-consensual sex acts within marriage as violative of the fundamental rights of women under Article 14s, 15 and 21.

Also read: Should we be happy with Anupam Kher's appointment as the chairman of FTII?