Why do men rape children? This is what experts told me

Kathua, Surat, Etah, Balasore, Indore, Chatra, Chandrauli. And now Alwar. Yet another child has been raped. Once again. Since April, cases of extreme brutality on children have brought people out into the streets in anger, frustration and disgust. The trial of the eight accused in the Kathua rape-murder case has just started. Yet, the crimes continue unabated.

Are child rapists blind? Can’t they see the protests, hear the outrage? Don’t they feel scared? Who are they really? These are some of the questions India Today magazine looks at this week (“In the heart of darkness”).

For this cover story, I have been talking to psychologists, psychiatrists and forensic experts for days. These are men and women who have worked for years with child rape victims and offenders, some have cracked sensational cases, some have seen such offenders and victims across the world. 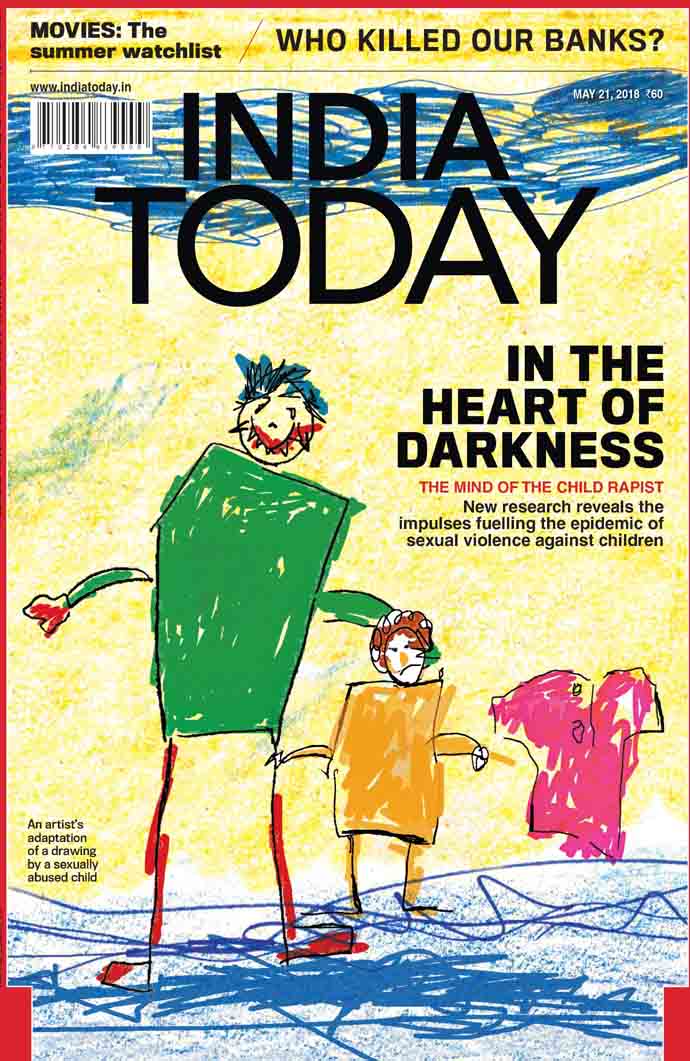 Many of the experts admitted that they get distressed, despite years of practice and professional training of detachment. Because child rape involves profound violence. It is essentially brutal, very brutal. Just speaking to them left me emotionally drained and disturbed for days.

Here are a few things I learnt from our interactions:

Most difficult of crimes

They called it one of the most disturbing and difficult of crimes: most often, there is no evidence or witnesses; children often cannot express their trauma; and if the child dies, then the body becomes the crime scene — there is very little else to fathom the crime from.

No pattern to it

Most offenders are apparently “normal” people; they can belong to any background; there’s no pattern to the crime. But one thing is certain: a child rapist is a manipulative personality. And manipulators avoid responsibilities for their own conduct, blaming others for their actions.

Most never get caught

What’s most alarming is that most offenders don’t get caught. They keep committing the crime repeatedly. According to an expert, who took part in an audit on child rapists in the UK, 66 was the average number of times an offender commits such crimes, before getting caught.

Why so many cases suddenly

National Crime Records Bureau data shows there has been a 336 per cent rise in child rape and sexual abuse in the last 10 years; 82 per cent jump between 2015 and 2016; and a spate of gruesome violations already in 2018 — in just five months. What explains this? According to many of the experts, it reveals a society on a short fuse, people using anger and rage to feel in control. And that is a slippery slope.

There’s a lot of hidden violence in our families, society, some experts say. People who grow up watching violence at home, in the community, become callous to other people’s rights or feelings. Violence and anger get “hardwired” in their brain. That probably explains why so many juveniles are engaging in such brutal crimes. Note, anger has been found to be one of the crucial hidden emotions at work in any kind of rape.

Some of the experts also mentioned something called “emotional contagion”— a hotly debated field. Recent research has started to reveal the mechanisms behind human communication and interaction: how we can pass on emotional cues to others, unconsciously.

Is one heinous crime activating some sort brain response in others, people who are already disturbed and sick? Are they picking up cues from such incidents and replicating crimes and criminals? That’s a scary thought. But, remember, in the immediate wake of the Nirbhaya tragedy, the number of rape cases had gone up. (And not down, as one would have expected).

So the onus is on us to report, analyse and talk about these cases with great care.

Justice must be swift

Examples and precedents from across the world show, while death penalty does not change the crime rate, the fear of swift, certain, and serious punishment does discourage the abuse.

Change what you teach in schools

The experts believe, the clue to a more thinking society lies in education. “Get rid of useless things in our curriculum,” said one. “How does learning ‘Mary had a little lamb’ help anyone in any way?” The point is to teach more functional things to children: from good touch-bad touch to the ability to say “no”.

Also, focus on values: empathy, compassion and kindness. Teach children how to cope with anger.