The pillar of the ‘Young India’ is 39 per cent of India’s population who are the children of our country. A large number of children — especially from the marginalised background — are affected on the daily basis due to gaps in provision and execution of services such meant for the — education, health, nutrition and protection.

Successful delivery of these services requires adequate budgets and therefore budgets are seen as an important instrument to establish the government’s commitment to ensuring these provisions.

There are about 22 union ministries that allocate budget for children. The overall budget allocation for children over a decade has not been very encouraging, though the population, vulnerability, crimes and abuse against children has increased multifold. The share for children in the total union budget has consistently decreased over the past five years — it was at 4.2 per cent of the total Union Budget in 2014-15 (revised estimate), and decreased to 3.4 per cent in 2018-19 (budgeted estimate).

The share of the budget for children in the total Union Budget and the GDP — Figures in circles is child budget in INR in crores (Source: Budget at a Glance and Child Budget Statement for various years)

There are four sectors under which budget for children is allocated. These are education, health, child development (which includes the Integrated Child Development Services, or ICDS and nutrition) and child protection. The Union budget 2018-19 saw an incremental increase of about 11 per cent (Rs 7,783 crore) from 2017-18 (BE).

However, the budget distribution across four sectors of child development — education, health, development and protection — remain almost the same as the previous years.

The sector-wise composition of the child budget (in per cent), (Source: Budget at a Glance and Child Budget Statement for various years)

Within sectors, education taking the highest share followed by child development shows a similar pattern like past years. Though the share of the education budget in the total budget for children is higher in 2018-19 (BE), it has decreased since 2014-15 (RE). The budget for child development and protection has increased from 2017-18 (RE), the share of the budget within four sectors is just redistribution of the marginally increased budget across sectors.

For children under the age of six years, the responsibility of child development is shared by both the Centre and the state governments where last year saw a mere 7 per cent increase in the Centre’s budget (Rs 15245.19 crores according to RE 2017-18) to Rs 16334.88 crores according to BE 2018-19).  The Union Budget 2019-20 should allocate adequate budget for ICDS and give policy directions to ensure a safe and healthy environment for our children where they can learn and thrive. Also, the much-awaited guidelines of the Maternity Benefit scheme 2017 have recently released by the state. In order to smoothly execute and monitor the same, there should be enough financial allocations.

With respect to education, there should be efforts taken in increasing the overall fiscal envelope for school education. The Union Budget 2019 should make budgetary and policy provisions for availability of trained teachers, improving the administrative and infrastructure structure of State Council of Educational Research and Training (SCERTs) and District Institute of Education and Training (DIETs) — invest in crucial institutions for teacher training and pedagogy and improvisation of the monitoring mechanism.

With the Samagra Siksha Abhiyan kicking off, it would become imperative to closely look at fund flow, bottlenecks and adequacy at all levels in school education. While the Samagra Shiksha Abhiyan saw a budget allocation of Rs 75,000 crore – 20 per cent higher than the current allocation- over the period between April 1, 2018, and March 31, 2020. However, one still would find huge gaps in the proposed and allocated amount for various schemes such as Sarva Shiksha Abhiyan (SSA), Mid Day Meal Scheme (MDM) etc. in 2018-19 (BE). 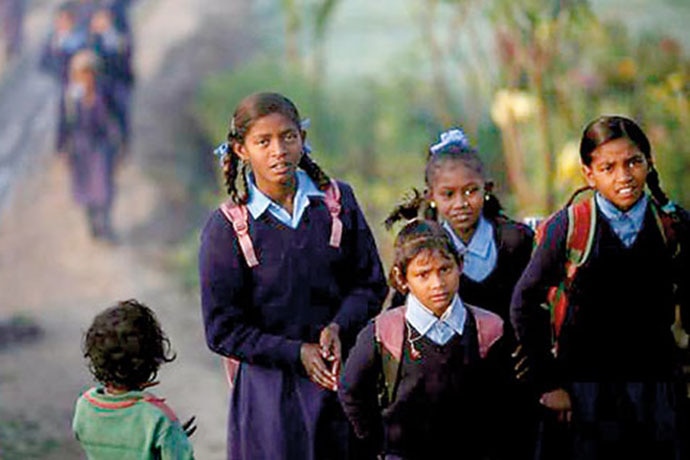 With the Samagra Siksha Abhiyan kicking off, it would become imperative to closely look at fund flow, bottlenecks and adequacy at all levels in school education. (Source: Reuters)

In the arena of child protection, along with massively swelling the infinitesimal budgets for Integrated Child Protection Scheme (ICPS), all the recently amended child protection legislation and policies such as Juvenile Justice Care and Protection Act, Child Labour legislation, Child Trafficking legislation would require to be adequately backed in order to curb crime against children as well invest heavily in been able to prevent the same. The budgetary provisions for the prevention of child abuse also need priority along with proactive measures. Considering the poor condition of protection/shelter homes across the country and the glaring gaps which emerge, the upcoming Union budget should allocate substantive budget for improving the condition of child protection homes, to ensure there is no compromise in giving adequate attention to children in need of care and protection.

Overall there is a shortage of human resource in all service provisioning meant for children ranging from schools, Anganwadi centres, Health centres and other institutions of child development. Lack of training and refresher training is undoubtedly likely to affect the quality of services delivered to children. The Union government should work with the state governments in providing policy directions and budgetary allocation to ensure adequate human resource in all institutions of child development.

India’s 1.21 billion population comes under the age group of 0-18 years. This population is not a homogenous group but a population with varied socio-economic background, religion, age and sex. These differences expose them to various vulnerabilities and thus require varied interventions. Child rights framework works under four broad categories including survival, protection, participation and development. While the country has legislation ensuring child rights under these four categories, the implementation of the schemes and programmes are affected because of inadequate budgetary provisions, poor political commitment, poor capacities and awareness in general.