A Moon made in China? 4 points on the brand-new zero gravity artificial moon

After the launch of its artificial sun that was worked upon by 10,000 scientists with an investment of about US $1 trillion, China has now created an artificial moon facility that will have a simulated low gravity magnetism environment.

The research station is located in the eastern city of Xuzhou in Jiangsu province in China.

Inspired by the work of Andrew Geim, a scientist at the University of Manchester, who used magnetic field to levitate a frog, the artificial moon created is 60 cm (about 2 ft) in diameter, placed in a vacuum chamber covered in rocks and dust. The room has a magnetic tendency to levitate small objects just like it happens on the moon. The researchers so far have used an artificial moon set to make a frog and a chestnut float together.

In 2018, the Chinese government said that it was planning to launch its own artificial moon to replace street lamps and electricity in urban areas. 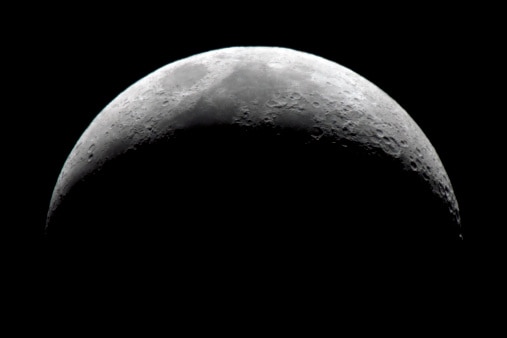 China's artificial moon will help the scientists test their equipment on a lunar environment on earth before sending it on an expensive mission to the Moon. The research facility is also expected to determine the possibility of human settlement on the moon.

Like on the (actual) Moon, gravity on the artificial moon research station is also one-sixth as powerful as on the earth, supported by a magnetic field.

2. GRAVITY, AS LONG AS YOU WANT

Li Ruilin, a geotechnical engineer at the China University of Mining and Technology, said that the room filled with rocks and dust will also be the “first of its kind” in the world that can maintain low gravity conditions as “long as you want”.

Li said that low gravity can be achieved in an aircraft or drop tower, it is momentary; but this simulator can make gravity “disappear”.

In an interview on January 11, reported by The Star, Li said that the artificial moon facility will help scientists test equipment and prevent any miscalculations which might happen in an extreme lunar environment because rocks and dust particles behave in a completely different way on the moon than they do on earth.

For example, the Chang'e 5 mission in 2020 returned with the rock samples, but the experiment didn’t go as per the plan because the drill hit an unexpected resistance. Previous missions sent by US and Soviet Union have had similar issues. The idea to create an artificial moon on earth came from the work of a Russian physicist based at the University of Manchester, UK. Andre Geim used the power of magnetic field to levitate a frog. For this, he won an Ig Nobel Prize in 2000, celebrating science that “first makes people laugh and then think”.

In 2010, Geim also won a Nobel Prize in Physics from the University of Manchester for his work on graphene.

Talking to South China Morning Post, Geim said that he was pleased that his “purely educational experiments on diamagnetic levitation led to applications in the space exploration”.

He said that though magnetic levitation is not the same as antigravity, there are numerous situations where mimicking microgravity using magnetic fields can be invaluable to achieve the unexpected in space research. China’s space ambitions are directly challenging the US, who also thinks the country as its biggest competitor in space exploration. China has certainly taken a lead in the international space race with its lunar exploration programme, named after the mythical Goddess Chang’e.

The recent Chinese mission included landing a rover on the far side of the moon in 2019, and in 2020, the Chinese space mission brought back rock samples from the moon to Earth for the first time in 44 years.

Next, China wants to land astronauts on the moon by 2030, and also set up a joint lunar research space with Russia. The Chinese space authorities said that the construction could start as soon as 2027. There are also concerns in China of the US framing new rules for lunar exploration.

#কৃত্রিম চাঁদ, #China new moon, #China space exploration, #Li ruilin interview
The views and opinions expressed in this article are those of the authors and do not necessarily reflect the official policy or position of DailyO.in or the India Today Group. The writers are solely responsible for any claims arising out of the contents of this article.