All-rounder Chris Morris has become the most expensive buy in the history of IPL auctions.

Metro Man E Sreedharan is 88 years old. So what? He will join the BJP on Sunday during the party’s Vijaya Yathra in Kerala. So what? He is set to be the party’s candidate in Kerala Assembly elections to be held in May. So whatttt? The BJP said it would send all those 75 years and above straight to Margdarshak Mandal. Can the Metro decide its own marg? No, the Metro can’t. So can’t the Metro Man. The BJP will decide if and when the marg can change. BJP is BJP’s party. So the BJP decides for the party.

The man who gave India its Metro train network could give a slight push to BJP’s journey in Kerala, but farmers decided to bring trains across India to a halt for four hours – 12 noon to 4 pm. This, after farmers in Punjab stopped the movement of trains for two months after farm laws were passed by Parliament. Farmers decided to bring trains across India to a halt today for four hours – 12 noon to 4 pm. (Photo: PTI)

Train services were hit in many parts even before 12 noon and remained affected even after 4 pm because, we as Indians have never taken credit for being punctual. Why do something for which there is no credit?

Come to think of it, hitting train services is rather easy. You stop one train and the entire line faces delays. This line, mind you, in all likelihood was already facing delays. So, you stop one train and you mount the delay. But what is a delay when compared with a complete halt? Depends on your situation. Do you know what was the situation in 1974? 17,00,000 Indian Railways employees were on strike. Wait for it. 17,00,000 Indian Railways employees - 70% of the permanent staff of the department - were on a strike for 20 days. Those were not the days of low-cost air travel so you can imagine the inconvenience caused. But this was nothing in comparison to the inconvenience that the locomotive staff was faced with.

When we were a British colony, the locomotive staff’s work was categorised as "continuous". This meant workers had to remain at work as long as the train ran on its trip, often for several days. They also had other problems like salaries that had not been revised for years. What did the government of a free India do for the striking staff? Sent them to jail and threw them out of jobs. That ‘settled’, the strike, which had started on May 8, ended on May 27, 1974.

Let’s head back to 2021 because it is not 2020. The Supreme Court today closed an inquiry into sexual harassment allegation against former Chief Justice and incumbent Rajya Sabha MP Ranjan Gogoi saying the possibility of a conspiracy against Gogoi can’t be ruled out. Why would there be a conspiracy against Gogoi? The court feels it could be because of Gogoi’s views on the National Register of Citizens, and his attempts to streamline the Supreme Court registry. The court's decision was based on the report of former Justice AK Patnaik, who had been tasked with investigating a larger conspiracy in the allegations against Justice Gogoi and "whether middlemen and fixers working with disgruntled court officials were trying to fix judges". The report said “the existence of a conspiracy against the ex Chief Justice and it cannot be ruled out”.

Shouldn’t authorities then go after the conspirators, who tried to go after a former Chief Justice of India? The court said, “Two years have passed and the possibility of recovery of electronic evidence now is unlikely.” Unlikely is not impossible. Just saying.

Facebook, meanwhile, did neither the impossible, nor the unlikely. Facebook only blocked Facebook. Better than blocking others, you may say. What Facebook was trying to do is block Australians from viewing and sharing news on Facebook because of proposed Australian laws to make digital giants pay for journalism. In the process of blocking news pages, Facebook ended up blocking local pages that warn the public about Covid outbreaks, bushfires and cyclones. Facebook doesn’t want to pay for news content because everyone has a thing for free things, apart from the person selling the thing.

On sale today were 292 cricketers. It wasn’t really a sale but the IPL 2021. A total of 1,114 players registered for the auction but 292 were selected to be put up for auction for eight IPL teams - Chennai Super Kings, Delhi Capitals, Punjab Kings, Kolkata Knight Riders, Mumbai Indians, Rajasthan Royals, Royal Challengers Bangalore and Sunrisers Hyderabad.

Chris Morris was sold for Rs 16,25,00,000. With that Morris became the most expensive IPL player ever. Who paid the regal amount? Rajasthan Royals. The second most expensive player in the auction was Glenn Maxwell, who was bought by Royal Challengers Bangalore for Rs 14,25,00,000.

Auction, the Word Of The Day, comes from Latin word augere, which means ‘to increase’. Put simply, auction is act of bidding with the product or player going to the one who increases the bid to the highest point.

Have you ever been part of an auction? We are not talking about what you have seen in movies with the auctioneer saying 1,000-1, 1,000-2, 1,000-3. We are talking about a real auction where the auctioneer is talking gibberish. Actually, they are not talking gibberish but rhythmically chanting in a monotone so as to lull onlookers into a conditioned pattern of call and response.

The talking speed creates a sense of urgency. Buyers urgently raise the bid without even thinking if the product is worth the price. What you can’t think then, you can always think later. The only problem: you will also have to regret later for not thinking through then.

Forget the auction, did you hear what happened in UP’s Unnao? Two Dalit girls were found dead in their own field. A third girl, found alongside the bodies, is battling for life. Autopsy on the two bodies suggests they were poisoned. What led to the poisoning and what poison was used are questions that remain to be answered.

But scientists say what led to the killing of dinosaurs could have been a comet, and not an asteroid. What is the difference? A comet is a celestial object that has a nucleus of ice and dust. Comets originated from a group of icy objects on the edge of the Solar System. An asteroid, on the other hand, is a rock piece that orbits the Sun. What difference does the difference make to the dinosaur? None because the dinosaur died anyway. 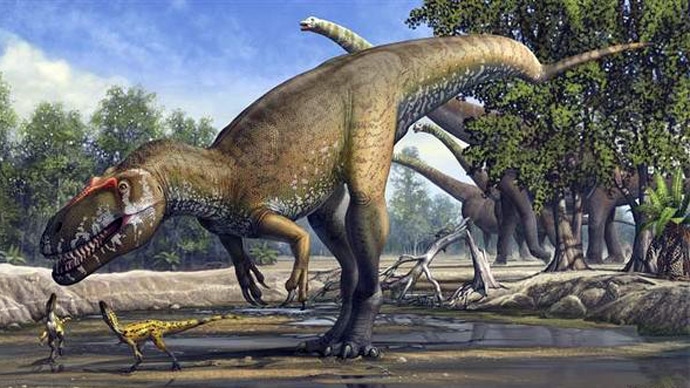 From death, let’s move over to life. The life of a single woman in Paris. Want to know more about her life? Watch Emily in Paris on Netflix.

We will leave you figuring out Emily’s life in Paris or your life wherever you are. But do remember no matter where you are, coronavirus is still out there. You know the drill to shoo it away.

#Glenn Maxwell, #IPL Auction, #Ranjan gogoi, #Chrismorris
The views and opinions expressed in this article are those of the authors and do not necessarily reflect the official policy or position of DailyO.in or the India Today Group. The writers are solely responsible for any claims arising out of the contents of this article.