The country is facing a dangerous power crisis. Active measures are being taken by the Ministries. Yet the Power Minister denies the existence of this crisis. Is the fear of the crisis legitimate or exaggerated?

Concerns over the depleting stock of coal in power plants have now reached the Centre. Chief Ministers of various states have raised this issue with the Central Government. In response, Union Home Minister Amit Shah chaired a meeting on Monday with Power Minister RK Singh, Coal Minister Pralhad Joshi, and other Cabinet ministers in charge of the coal and power ministries. It is expected that Prime Minister Narendra Modi too will hold a review meeting on the same.

Although Delhi CM Arvind Kejriwal, Punjab CM Charanjit Channi and Uttar Pradesh CM Yogi Adityanath have made statements highlighting this crisis, Union Power Minister RK Singh met with BSES officials, the NTPC, and the power ministry on Monday and confirmed that there was no such crisis, and that no problems existed in the supply and demand chain of coal. DELHI SITUATION: Delhi Chief Minister Arvind Kejriwal said Monday, "The situation is very critical in the entire country. Several Chief Ministers have written to the Centre about it. All are trying together to improve the situation." He also stated that Delhi’s Power Minister, Satyendar Jain, has claimed that the Delhi government is forced to depend on costly gas-based power and spot purchase at high market rate due to NTPC halving electricity supply to the city. DATA: As per the Central Electricity Authority of India’s data on October 5, out of the 135 thermal plants in the country that use coal for power generation, 106 — or nearly 80 per cent — were either in the critical or supercritical stage, indicating that they only held stocks for the next 6-7 days. (ALSO READ | Deep Dive: Why India is facing a shortage of coal)

SOLUTIONS BY MINISTRIES: An inter-ministerial sub-group led by the Ministry of Coal has been monitoring the situation in the country for about twice a week now. The Ministry of Power said, “It was noted that on 7th October 2021, total dispatch of coal by Coal India Limited (CIL) touched 1.501 MT, thereby reducing the gap between consumption and actual supply."

Along with Coal India Limited, the Ministry of Coal has assured that efforts are being made to increase dispatch to the power sector to 1.6 MT per day in the next three days, from October 7. 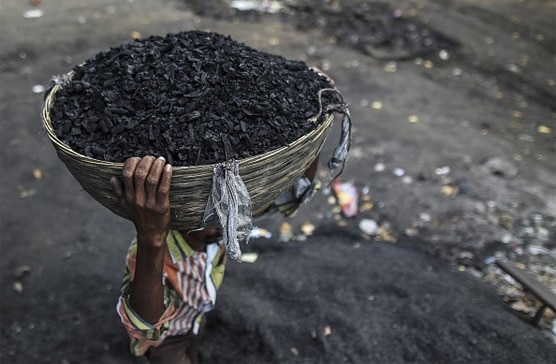 THE O: The country is staring at a power crisis which could lead to disruption among the population, particularly due to the festival season. Active measures are being taken by the respective ministries. The Power Minister has denied the crisis. Is the fear legitimate or exaggerated?