What govt is doing to fix the problems of construction workers

Over 91.3 million people engaged as workers in the construction sector or those with small businesses (mostly in the informal sector) stand jobless as of date.

Covid-19 has taken a serious toll over the employment status, with small traders and labourers being the worst hit. Over 91.3 million people engaged as workers in the construction sector or those with small businesses (mostly in the informal sector) stand jobless as of date. While this brings to the front a series of overlapping themes such as the informal sector, registered versus unregistered enterprises, construction workers, etc., the scope of this article is limited to covering the problems of building and other construction workers, and efforts taken by government institutions at various levels to address these.

The rise in the construction sector workforce was propelled by many factors like urbanisation and growth in the number of million-plus cities, prices of cement, and the availability of housing credit. With the rampant rise in employment in the construction sector, migration ensued, to the sites demanding construction labourers. In order to regulate the employment and conditions of service of the construction workers, provision for their safety, health and welfare, and social security measures, the government had enacted the Building and Other Construction Workers (Regulation of Employment and Conditions of Service) Act, 1996 (BOCW Act) and the BOCW Cess Act, 1996. 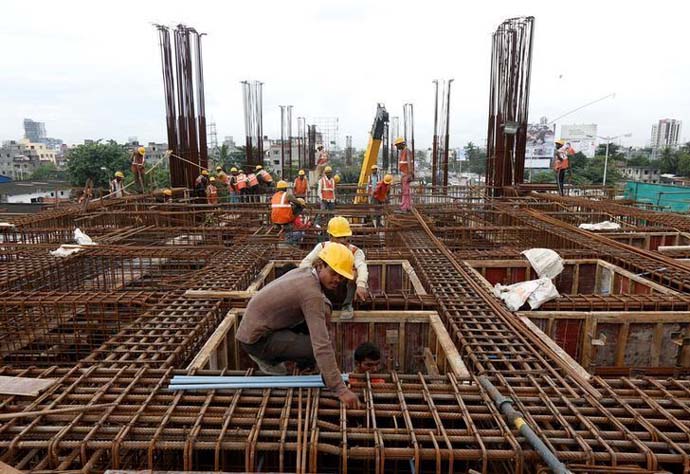 Over 91.3 million people engaged as workers in the construction sector or those with small businesses (mostly in the informal sector) stand jobless as of date. (Photo: Reuters)

The BOCW Act is applicable to every establishment which employs or had employed 10 workers or more, either directly or through a contractor/sub-contractor, with an exception to those buildings/construction work to which Factories Act, 1948 and Mines Act, 1952 applies. While the BOCW Act lays down the provisions for a safe working environment to be complied by every employer towards the employed construction workers, BOCW Cess Act mandates the levy of cess on a list of construction activities at the rate 1-2 per cent of the cost of construction incurred by the employer. The Cess Act enables the state governments and union territory administrations to collect cess from the eligible group of population and utilise the collected money in the welfare of the registered construction workers. States have come up with a bouquet of schemes for the construction workers, for which money is routed to them through the cess funds. Some of the major schemes matched by the cess funds are:

2. Education — Conditional Cash Transfer Schemes to school-going children of the construction workers, keeping a certain level of school attendance as the eligibility criteria

Few important institutional and regulatory aspects touched upon by the BOCW Act, 1996 & the BOCW Cess Act, 1996 are:

1. Registration of every employer whose construction cost is more than INR 10 lakh (excluding the cost of land). Every employer has to mandatorily submit a Cess Return Form to the Cess Collecting Authority, 30 days before commencement or completion of the works, faltering which he is liable to be imposed with a fine/imprisonment.

3. Constitution of Welfare Boards in every State, which will be a nodal agency for provisioning due assistance & welfare support to the construction employers. While the cess is collected by the various departments of the state governments, it is transferred to the Welfare Board Account within 30 days of collection, post which, penalty is levied to the collecting authority. 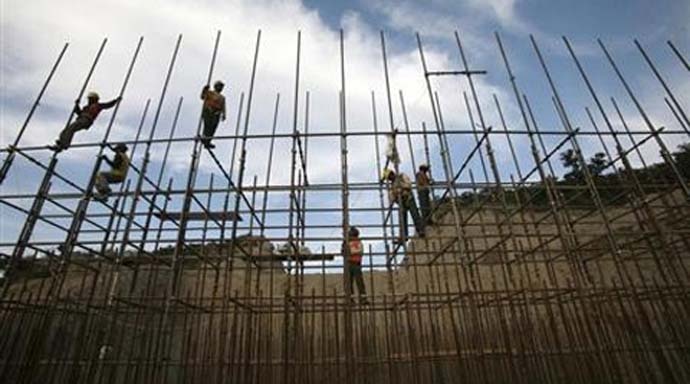 Due to a large number of unorganised players who work on a sub-contracting basis, the construction industry in India becomes highly fragmented. (Photo: Reuters)

NSDC Data from 2016 highlighted the structure of the Indian construction industry.

Due to a large number of unorganised players who work on a sub-contracting basis, the construction industry in India becomes highly fragmented. Among the major reasons for the fragmented industry is diseconomies of scale, implying lesser overhead costs and hence, better operational efficiency for small contractors.

All the firms falling in the unorganised sector do not register themselves with the government, and hence falter on the provisioning of social security benefits and a safe working environment to the workers engaged with them. Firms in the unorganised industry segment operate by hiring short term contract labourers and hence save on the cess to the tune of 1-2 per cent of the total worth of construction activity undertaken by them. However, firms in the small, medium and large industry segments that are assigned with big projects may choose to hire only specialised and skilled personnel on regular roles while undertaking a large number of construction activities through the workers on contract labour system. Such firms typically own machinery, with operators employed on a permanent basis. Parallelly, they also appoint unskilled labour or helpers on a daily basis that do not come under the Factory Act and therefore fall outside the safety and social security cover.

Governments of Maharashtra, Rajasthan & Haryana, for instance, have developed a dedicated portal for registering eligible establishments under the BOCW Cess Act. However, many establishments have stated limited information regarding the BOCW Cess Act and linked initiatives by the state governments. This results in weak compliance and poor collection of cess amount.

Second, the multiple organisations and institutions involved in the cess collection make it difficult for putting accountability on anyone. With departments of housing, industries, infrastructure, energy, irrigation, etc., appointed as nodal authorities for collecting cess, and thereafter directing the collections to the Labour Welfare Board’s account within 30 days of receipt of cess, there have been instances of delayed payments from the departments. This is primarily because of the lack of penal provisions to these departments, even though the establishments are fined on the account of late cess payment.

Third, government officials across the states have raised the concerns of under-reporting of the construction value of any particular project that registered establishments tend to do, making them pay less cess based on lesser quoted construction value. This calls for a detailed process flow by the state governments, fixing the timelines and accountability on concerned departments entrusted with the cess collection activities and penalising the delay, if any.

Beneficiary Identification & Registration: Every construction worker within the age limit of 18 to 60 years, and who has worked for minimum 90 days during the preceding 12 months, is eligible for registration as beneficiary. In this line, state governments ask for a set of documents like age proof, 90-day work certificate, residence proof, identity proof, and passport size photographs, along with a nominal registration fee of Rs 25.

The primary issues in registering construction workers are:

a) State governments ask workers for the 90-day work certificate from employers stating that they had been hired. However, the contractors who engage them refuse to provide the document.

b) Information asymmetry among the construction workers regarding the registration process. To fix this, some state governments like Maharashtra have established Workers’ Facilitation Centres at the district level to increase registrations and speed up the process. The rise in construction sector workforce was propelled by factors like urbanisation and growth in the number of million-plus cities, prices of cement, and the availability of housing credit.  (Photo: Reuters)

Cess Utilisation in Welfare Activities of Construction Workers: According to the 2018 judgement of Supreme Court regarding the judicial review of the implementation of the two labour welfare laws (BOCW Act, 1996 & BOCW Cess Act, 1996), it was observed that hardly 10 per cent of the collected amount of the cess was utilised for the benefits accruing to the beneficiaries.

While some state governments have taken initiatives like announcing schemes dedicated to labour welfare, supervision of the implementation process, monitoring and evaluation of the intended benefits of these schemes have still to be carried out. Also, the Supreme Court in its 2018 ruling had noted that instead of too many schemes being run by the states as populist policies, under the directions of Ministry of Labour and Employment, one composite Model Welfare Scheme for construction workers has to come in place, after due consultations from all stakeholders.

Further, the 38th report by the Standing Committee on Labour recommends that labour identity cards should be linked with Aadhaar cards to avoid duplication in labour registration. This will enable the Governments to seamlessly transfer the welfare amounts in the account of beneficiaries.

Hence, it becomes imperative for all the state governments to devise guidelines for all contractors to register their establishments as well as construction workers working for them, with the BOCW Board.

By defining the nodal agencies and assigning them with responsibilities, the labour department in each state government must also fix the accountability with these agencies, along with penalty in case of non-compliance/delay.

Lastly, the Ministry of Labour and Employment should in collaboration with the states, initiate an audit of the entire process of fund flow and processes-mapping, so as to evaluate the efficiency and impact of the BOCW Act.

Also read: What Supreme Court wants government to do for construction workers

#Ministry of labour and employment, #Bocw cess act, #Real estate, #Constructionworkers
The views and opinions expressed in this article are those of the authors and do not necessarily reflect the official policy or position of DailyO.in or the India Today Group. The writers are solely responsible for any claims arising out of the contents of this article.

The author is a policy researcher and consultant with Government of Andhra Pradesh. She holds a Masters degree from Tata Institute of Social Sciences.