It is easy to co-opt her into the role of a committed feminist who changed women’s lives but to do so would likely be to flatten the many layers of her personality.

Cornelia Sorabji is, of course, best-known as India’s first woman lawyer, after having been the first woman graduate of Bombay University and the first woman to study law at Oxford University. It is easy to co-opt her into the role of a committed feminist who changed women’s lives but to do so would likely be to essentialise her life, flatten the many layers of her personality, and possibly to impose on her philosophies which she would not immediately have claimed as her own.

She was born in 1866 to a Christian Parsi family – her father had converted to Christianity at the age of 16, and her mother was reportedly a Hindu who was, from the age of 12 onwards, largely brought up by a British colonel’s wife. Cornelia herself and her siblings, despite their varied heritage, were almost brought up as being English – their clothes were English and their first language – incidentally, in an upper-class accent – was also English.

Nonetheless, they were by no means cut off from their Indian roots. And Cornelia Sorabji in later years, in fact, not only insisted on wearing sarees but also apparently embroidered them. She wore her "draperies" not with tight-fitting blouses which many Indian women used but with loose English blouses. 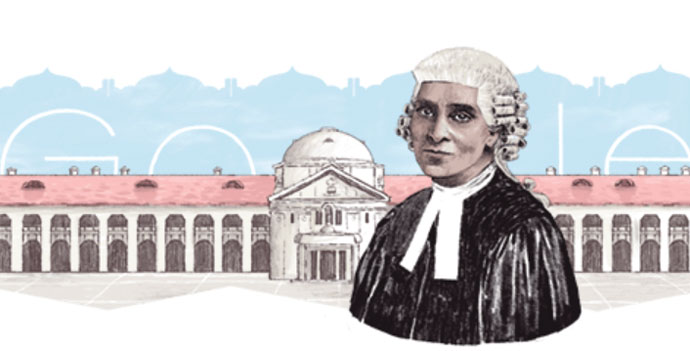 Her story of her life is opaque in many ways, although more has come to light through scholarship and through her personal papers in recent years. It isn’t that she was ignored or that her voice was simply discredited. On the contrary, to a large extent, the lack of clarity was partly created by Cornelia herself. For one thing, although her career primarily involved assisting women who lived behind purdah, she wasn’t always free to speak of the details of her work. Consequently, it appears that identities were often concealed and timelines tweaked in her narratives. She also spoke through literature, and, at times, simply avoided the purportedly-factual narrative altogether.

Cornelia seems to have followed the same strategy in speaking of her personal life as well. This wasn’t entirely to conceal the unpleasant, and it doesn’t seem to have been an attempt to distort the record, so to speak. On the contrary, the impetus seems to have lain in an old world school of ethics. The good was often understated, as were trials, and dirty linen was not generally washed in public.

In addition to this, there is the fact that Cornelia Sorabji was not a particularly straightforward or easy to read woman. Her view of the world was, like everyone’s, moulded by her own experiences. She was the contemporary of Pandita Ramabai and Rukhmabai, both of whom had ties to Pune and who had made their way to England. The former was a Sanskrit scholar who converted to Christianity and had opened a widow’s home upon her return to India. Rukhmabai, on the other hand, was the woman who had challenged child marriage and had been jailed for having denied conjugal rights to her husband.

The world was clearly changing fast at the time when Cornelia was a young adult although perhaps not fast enough for her. She did not receive her degree, and was not formally accepted at the Bar for years simply because she was a woman. And, in such circumstances severely antagonistic to women, she made do as well as she could. Although Indian princes were not opposed to engaging her professionally in principle, she made little headway in British courts. Ultimately, she made an appearance as a “person in defence of the accused” – the law could not be interpreted to mean that a “person” did not include a “woman”.

Also, despite her deep-seated concern for women’s welfare for which she worked throughout her life, she did not appear to favour quick or radical change. She had been exposed to social welfare work from an early age. Her family had been involved in educational causes, and she herself was a pianist who had apparently taught classical music at one of the schools her mother had opened in Pune. Nonetheless, her approach appears to have been conservative.

So, too, was Cornelia Sorabji’s approach to Indian Independence. She did not see eye to eye with Gandhi. Although she recognised that colonialism wasn’t ideal, she supported British rule. This could well have been, in no small measure, due to her own experiences which included having developed friendships with many English people and being loyal to them.

Cornelia’s approach was, of course, challenged. Some of her words were misappropriated, and her work was maligned in some circles. She retired and left India in 1929. Although she visited the country in the winters, her last years were spent in England. She had dealt with neuralgia throughout her life, and good health was not hers to take for granted towards the end of her life. She died in London in 1954.

Also read: Why stalker murdering Chennai woman by setting her on fire is everyday horror in India

#Women, #Feminism, #Cornelia Sorabji
The views and opinions expressed in this article are those of the authors and do not necessarily reflect the official policy or position of DailyO.in or the India Today Group. The writers are solely responsible for any claims arising out of the contents of this article.