The dogs in a German study managed to accurately identify coronavirus cases in 1,000 people.

Can people tell a story about Maharashtra without calling it Maha as part of a word play? Tell them same play of words makes Jack a dull boy. But tell them that some other day because today Maharashtra state BJP president Chandrakant Patil has told what everyone knows - the BJP is open to joining hands with the Shiv Sena again. Like we did not know. All parties are open to forming alliance with all parties at all opportune times. So, Patil’s statement is no Maha development even for those who would want to add the word to all developments in Maharashtra.

Let’s head to Rajasthan then.

It started as an Ashok Gehlot versus Sachin Pilot match, then it went on to become a Gehlot versus Kalraj Mishra tussle and has now ended up becoming a Priyanka Gandhi versus Mayawati war. The Bahujan Samaj Party (BSP) supremo has emerged from her political quarantine all guns blazing, pointing the guns at her own MLAs in Rajasthan. Mayawati has threatened to strip the six MLAs off their party membership in the desert state if they desert the BSP and join forces with the Congress.

We have asked the 6 MLAs, who are elected to Rajasthan Assembly on the symbol of BSP, to vote against Congress in any proceedings to be held during Rajasthan Assembly Session. If they don't do so, their party membership will be cancelled: BSP Chief Mayawati pic.twitter.com/3JVSssPVfg

In response, Congress general secretary Priyanka Gandhi said Mayawati was no BSP leader because she is the “unofficial spokesperson” of the BJP.

Priyanka recorded the statement on Twitter but to record his statement in the Sushant Singh Rajput death case, Dharma Productions CEO Apoorva Mehta had to go to Amboli police station. What about Dharma Productions owner? Well, in the year of everything unexpected, Karan Johar is expected to be called in later this week.

Doing the unexpected in corona times is actor Sonu Sood. After sending a tractor to a farmer who was compelled to rope in his daughters to plough the field, Sood has moved on to providing jobs. The actor’s official met, interviewed and offered a job to a techie who was forced to sell veggies because she lost her job. All within 24 hours.

Talking of the tech world, nearly 200,000 full-time and contract employees of Google may have to work from home until July 2021. If you think that is good news for Google employees, you never really have visited a Google office.

So Google employees are missing out on office because of the Wuhan virus. So are you. But guess what China is going to miss out on? Profits on substandard products.

About 371 categories of items such as toys, steel bars, heavy machinery, paper, rubber articles and glass which are largely imported from nations such as China would be brought under the Indian Standards (IS) regime by March 2021. This process was underway even before the pandemic and the aggression at the borders, but has been expedited in a push for Aatmanirbhar Bharat.

But how to push the pandemic out? By sniffing it, we are told. Bengaluru mayor Goutham Kumar believes that a smell check can check if a person has Covid but no Covid symptoms. Kumar wants that smell test be made mandatory at shopping malls. We do not know how many people would be honest about not being able to smell the smell but we do know that a lot of people could contract the virus if they slip the mask down and sniff at things they are asked to sniff.

Before you rule sniffing out completely, know this. A German study has found that dogs can sniff out the virus with 94 per cent accuracy. Don’t expect your ‘Tommy’ to do it because ‘Tommy’ isn’t a trained dog. We do not mean not potty trained, but trained at sniffing coronavirus. You can read about the trained German dogs that sniffed corona here. 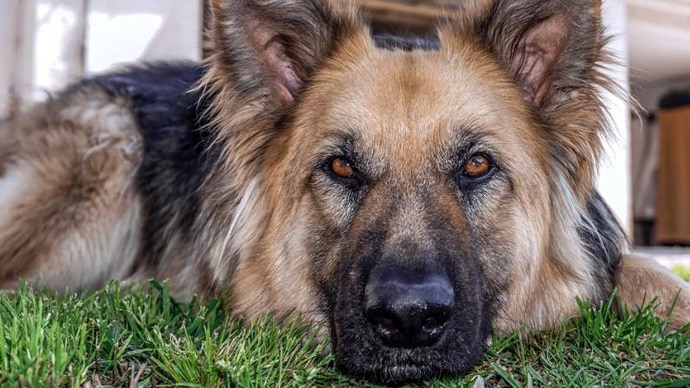 But today we want to tell you about a dog that saw the murder of his master and then took the police to the killer as a witness. How did it tell when it could not talk? By barking at the killer.

In 19th century Spain, a man lived with his wife and dog in Seville. The story is part of Spanish crime lore and the dog we are talking about was named Como Tu.

Once Como Tu’s master Marquez went hunting with a man named Juan. This hunting expedition on Saturdays was common to both. Como Tu used to follow his master. One such Saturday, Como Tu returned but Marquez didn’t. When Marquez’s wife asked about Marquez, Como Tu got agitated and tried to pull its master’s wife out by grabbing her dress. She didn’t understand and waited for her husband. When he didn’t return till late night, she went to Juan’s house. Como Tu tagged along. Now, the dog was friendly with Juan, but now as soon as it saw Juan, it seemed enraged and pounced on him. Juan said the dog had rabies and must be shot.

Marquez's wife resisted and went to the police station. Como stood quietly but as soon as it heard Juan’s voice there, it got aggressive again.

Four days later, Como Tu was walking with the master’s wife near a cliff and then tried to take her to the edge. She resisted and then went to the police station. Here she narrated the dog’s behaviour to the cop on duty. The cop sensed something was amiss and went to the cliff with the dog. They found Juan trying to removing the clothing from a body. That body was that of Como’s master Marquez. Juan was arrested.

So much about dogs might offend the cat. Who likes an offended cat? No one. In more news that no one would like, a pet cat has tested positive in the UK for the same strain of coronavirus that is keeping us away from all things we love to do. UK says this does not mean the disease is spreading from pets to people. So what does it mean? UK says will research and tell.

From dogs, deaths, cats and diseases, let’s move to humans and births. Born to Priyanka Chopra’s in-laws, Sophie Turner and Joe Jonas, was a baby girl. The child has been christened Willa. Not Vila, but Willa.

The moment you hear a name you think what it means. But why should everything mean something? Let somethings not mean anything. As if uniqueness isn’t enough pressure on parents when it comes to assigning names to their children. If all of this makes you believe Willa means nothing, you are wrong.

Willa, our Word Of The Day, Jonas family’s kid for all days, could have several meanings. Derived from the germanic word ‘wil’, Willa could mean will or desire. It could also mean helmet protection, which actually means protection as strong as will is.

There are many things that protect you from bullying like complaining about your bully to someone who can in turn bully your bully. But is that the solution? Taapsee Pannu thinks no. We don’t know what she thinks about complaining but on bullying, she says more bullying isn’t the answer. For all other answers she gave on all other questions asked, you can read this.

Post your comment
#Wuhan virus, #Tapsee Pannu, #Bengaluru mayor, #Coronavirus
The views and opinions expressed in this article are those of the authors and do not necessarily reflect the official policy or position of DailyO.in or the India Today Group. The writers are solely responsible for any claims arising out of the contents of this article.