The virus has already spread to 27 countries, including India, across Asia-Pacific, Europe, North America, Africa and Middle East.

According to government figures, as many as 1,868 people have died and at least 72,436 have been infected with the coronavirus so far. In China, however, figures are a problem. The country has often been caught trying to hide, fudge and manipulate figures in order to prevent its image from getting disfigured. In the process, the country could have jeopardised many lives across the world. 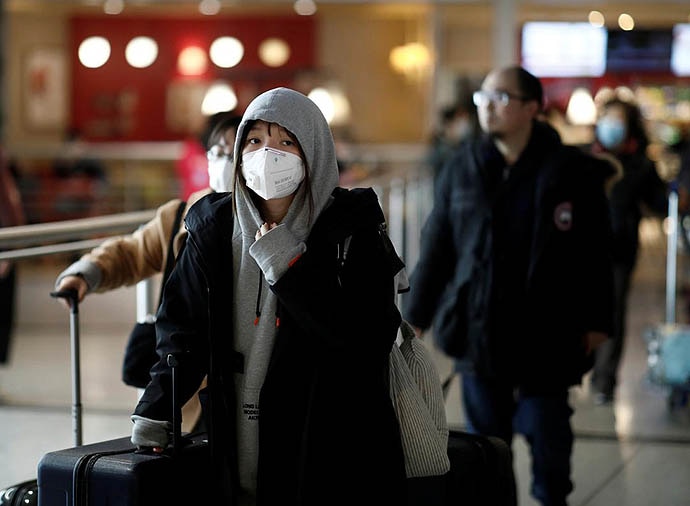 A total of 1,868 people have died and at least 72,436 have been infected with the coronavirus so far, in China. (Photo: Reuters)

And China can get away by jeopardising so many lives because there is no binding international law that can get countries such as China to behave better.

The virus has already spread to 27 countries, including India, across Asia-Pacific, Europe, North America, Africa and the Middle-East.

Around January 22, as the viral outbreak spread from the Chinese city of Wuhan, the ruling Communist Party’s central political and legal affairs commission issued a warning: “Whoever deliberately delays and conceals reports will forever be nailed to history’s pillar of shame.”

The Chinese government, more than anyone else, now needs to be nailed to “history’s pillar of shame” — whatever that stands for in the Communist country.

The warning against “whoever deliberately delays and conceals reports” came over a fortnight after the Chinese government tried to deliberately conceal the warnings of whistleblower Dr Li Wenliang, the doctor who first alerted his colleagues about a ‘SARS-like outbreak’ on a chat group after seeing seven cases of coronavirus in his hospital. He issued the warning on December 30.

Dr Li later corrected himself about the virus not being SARS. But the virus quite clearly had been in China at least in December, if not before.

That same virus took Dr Li’s life on February 7. He was diagnosed with the coronavirus on January 30.

We deeply mourn the death of #Wuhan doctor Li wenliang, who unfortunately got infected with novel #Coronavirus while battling with the epidemic. After all-effort rescue, Li passed away on 2:58 am, Feb. 7. pic.twitter.com/mbYA3wB4pn

On January 20, 17 days after his police made Dr Li sign the letter, President Xi Jinping, for the first time commented on the virus publicly, ordering “resolute steps” to stop its spread.

And then on January 28, Dr Tedros Adhanom Ghebreyesus, director of the World Health Organisation praised China for the "seriousness with which China is taking this outbreak". He even thanked Beijing for its "transparency". Things diplomacy demands.

But around February 1-2, the revelation of an internal party Communist Party speech drew holes in the narrative that Xi wasn’t aware about the spread of the virus. The speech made it clear that not only was Xi aware, he was also driving the policy response to the virus, on January 7. His policy, quite clearly, was to hide facts from the world; worse, from his own people.

On February 18, Chinese authorities arrested anti-corruption activist Xu Zhiyong, who has been vocal in his criticism of the way China handled the virus, now named COVID-19.

Chinese professor Xu Zhangrun, who published a rare public critique of President Xi Jinping over China’s coronavirus crisis, has already been under house arrest for days. He has also been barred from social media. His friends have told The Guardian that Xu’s internet connection has been cut off.

Earlier this month, Xu wrote an article titled, Viral Alarm: When Fury Overcomes Fear, coming down heavily on the way the Xi government handled the virus outbreak. In an ominous sign, Xu towards the end of the his piece wrote, “This may be the last piece I write.”

The world’s mistrust of China dates as far back as the 1950s. Back then, Chinese authorities set unrealistic production quotas that led local officials to inflate data. In 2003, it hid facts about the outbreak of SARS, which sickened 8,098 people and killed about 800 over nine months. The country is known to have discrepancies in reporting of economic data.

But directly endangering lives is a far more serious offence.

Microsoft founder and global health pioneer Bill Gates has warned that coronavirus in Africa could overwhelm health services and trigger a pandemic which could cause 10 million deaths. If the virus finds its way to sub-Saharan Africa, and there are fears it would, it could spark an uncontrollable outbreak because health services in the region will not be able to handle the epidemic.

Even if that were to happen, there is no way China can be held accountable. Not only is the global community silent despite China being caught red-handed, US President Donald Trump has gone to the extent of praising Xi over his response. Even if Trump’s praise or criticism of someone was to be overlooked, the world’s silence is hard to miss.

The International Health Regulations (IHR), which aims to help the international community prevent and respond to acute public health risks, has no teeth to take action in case countries risk human lives by hiding facts. The instrument is binding on 194 countries across the globe, including all the member states of WHO, but this binding is just symbolic.

The revised IHR, which entered into force on June 15, 2007, require countries to report major disease outbreaks and public health events to WHO.

The world recognised how diseases such as cholera, plague and yellow fever could cross global borders and spread. So, quarantine was used to prevent the spread of such diseases across borders. This was built on the first International Sanitary Convention of 1892. In 1951, WHO adopted this convention. The regulations were revised and rechristened the International Health Regulations (IHR) in 1969.

Over the years, IHR has undergone many changes, to make the regulations more foolproof, but China is undeterred. There is no provision for sanctions for member states who fail to follow the regulations.

The threat of coronavirus, meanwhile, looms. And so does the threat of many other such viruses that can spread because of countries hiding facts.