When and how will the Covid-19 pandemic end?

Covid will not disappear, but rather become a more normal part of the baseline disease burden in society like flu.

Legend has it that as Rome was being ravaged by a deadly plague in 590 CE, Pope Gregory I saw a vision of Archangel Michael sheathing a sword atop Emperor Hadrian’s mausoleum. He interpreted this as a sign that the plague is about to be over. As the epidemic soon came to an end, a grateful Rome installed a statue of Archangel Michael on top of that building and renamed it as Castel Sant'Angelo, which continues to be a major landmark of the eternal city even today.

As vaccination picks up pace worldwide and the number of new infections decline sharply, especially in Asia, is it time to proclaim the end of this pandemic? The struggle throughout the world now is to produce and deliver safe and effective Covid-19 vaccines to the public. (Photo: Reuters)

The coronavirus pandemic has been a vital threat to humanity for more than a year since the World Health Organization officially designated it as a global pandemic. Globally, there have been 117 million cases of coronavirus, of which 2.72 million people have died (as of March 8).

Around the world, epidemiologists are constructing short and long-term projections to prepare for, and potentially mitigate, the spread and impact of SARS-CoV-2. Although their forecast and timelines vary, modellers agree on two things: Covid-19 is here to stay, and the future depends on a lot of unknowns, including whether people develop lasting immunity, whether seasonality affects its spread, the effectiveness of the vaccines and — perhaps most importantly — the choices made by governments and individuals.

Herd immunity: How a pandemic ends

To end this pandemic, the virus must either be eliminated worldwide — which most scientists agree is a near-impossible task because of how widespread it has become — or people must build up sufficient immunity through infections or a vaccine. It is estimated that 55-80% of a population must be immune for this to happen, depending on the country. This is known as herd immunity or community immunity. While not every single individual may be immune at this stage, but the population as a whole has better protection as infection rates drop significantly. Herd immunity will be reached only when vaccines are effective in reducing transmission of SARS-CoV-2, not just in protecting vaccinated individuals.

How quickly we reach there depends on the pace of vaccination.

The other factor to remember is that this pandemic is not playing out in the same way everywhere. So, the starting point for the end is also different for different regions in the world.

The struggle throughout the world now is to produce and deliver safe and effective Covid-19 vaccines to the public, and to ensure that 75 percent of the people (especially the vulnerable populations) get vaccinated as soon as possible, breaking the chain of viral transmission.

Meanwhile, multiple new coronavirus variants, which are more easily transmitted than the original strain, could become more dominant. The first of this kind of mutations was identified in the UK. This variant which is called B.1.1.7, now, has popped up in several countries including the US, where it risks becoming the dominant strain in a few months. The other variant that originated in Brazil and is called P.1, has been found mostly in people who have got a second case of Covid-19.

While these mutations may sound scary, the good news is that there seems to be no change in the severity of the resulting disease. The emergence of more-infectious variants would, however, mean that a higher portion of the population needs to be vaccinated to reach herd immunity.

Going by the Bloomberg Covid-vaccine-tracker database, at the present rate of more than 8 million doses a day (this rate has doubled in the last one month), it will take 3.8 years to inoculate 75% of the global population with a two-dose vaccine. However, as vaccinations are being administered more rapidly in wealthier Western countries like the US and the UK, than in the rest of the world, such nations are likely to achieve 75% coverage sooner (Israel and the United Arab Emirates are poised to achieve it by April) than economically weaker nations and those with massive populations, such as China and India.

But as vaccine production is ramped up globally and more vaccines are approved, the outlook is likely to improve. Also, the time frame would shrink if some people received one-dose vaccines, such as Johnson & Johnson's. Some of the world's biggest vaccine-manufacturing hubs in India and Mexico are only just getting started. Bulk production in these countries will hopefully help in shrinking the present global vaccine divide as well.

Learnings from past pandemics

In our civilisational journey from small hunting and gathering tribes to dense metropolitan cities, outbreaks of infectious diseases like cholera, bubonic plague, smallpox, and influenza have been some of the most brutal killers. Smallpox alone is estimated to have killed between 300-500 million people over the centuries. This is also the first and only successful attempt to eliminate a human infectious disease from the planet through vaccination. 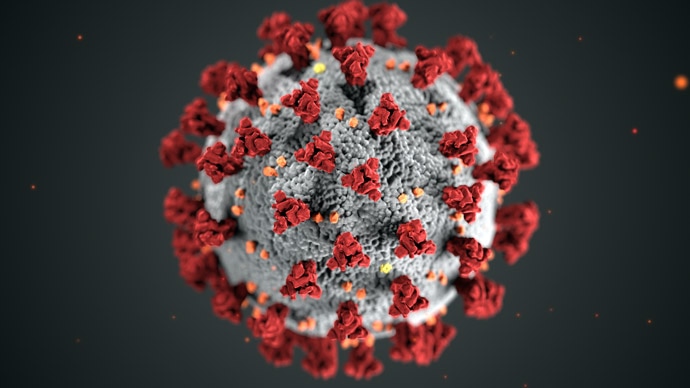 As vaccine production is ramped up globally and more vaccines are approved, the outlook is likely to improve. (Photo: Reuters)

The pandemic that Covid-19 is closely compared to is the Spanish Flu. This avian-borne flu that resulted in 50 million deaths worldwide, was first observed in Europe, the United States, and parts of Asia in 1918, before swiftly spreading around the world. At the time, there were no effective drugs or vaccines to treat this killer flu strain. But the flu threat disappeared in the summer of 1919 when most of the infected had either developed immunities or died.

The H1N1 strain became endemic, an infectious disease that was constantly with us at less severe levels, circulating for another 40 years as a seasonal virus. It took another pandemic — H2N2 in 1957 — to extinguish most of the 1918 strain. One flu virus kicked out another one, essentially, and the mechanism is not really known. Human efforts to do the same have failed.

The severe acute respiratory syndrome (SARS) epidemic of 2003 was caused by a virulent coronavirus, SARS-CoV, which is closely related to the cause of the current affliction, SARS-CoV-2.

Thanks to aggressive epidemiological tactics such as isolating the sick, quarantining their contacts and implementing social controls, bad outbreaks were limited to a few locations such as Hong Kong and Toronto.

The end of Covid-19 pandemic will most likely involve a mix of everything that checked past pandemics: continued social-control measures to buy time, better contact tracing and testing, new antiviral medications and a vaccine. Also adding to the positive side are the facts that viruses can mutate to become milder with time, treatments are already becoming more effective and vaccines can be improved.

There is, however, increasing consensus that globally, SARS-CoV-2 is likely to remain endemic, causing intermittent, limited outbreaks in countries with well-developed vaccination programmes but significant ongoing disease in regions with limited vaccination. It is also possible that Covid-19 will be seasonal, with predictable annual peaks in parts of the world where it is endemic.

A transition toward normalcy will occur with significant decrease in Covid-19 mortality and severity of disease. Covid-19 will not disappear during this transition, but rather become a more normal part of the baseline disease burden in society (like flu, for example), rather than a special threat requiring exceptional societal response.

Rather than despair over the prolonged health crisis, this is the time to acknowledge the remarkable scientific achievement of developing multiple effective vaccines in less than a year.

Scientists, however, have not had the same success with therapies. Infected persons are now more likely to survive than in March 2020 but there has been no groundbreaking treatments for Covid-19.

At different points in time, drugs like Remdesivir or use of convalescent plasma as an effective therapy was hailed but they failed to produce the desired outcome. In fact, a relatively old and cheaper steroid called Dexamethasone has been most effective in reducing deaths in people with the most severe cases. But that could change in the latter half of 2021 with oral antivirals from Atea Pharmaceuticals and Merck/Ridgeback Biotherapeutics, for example, among a number of possible treatments moving through clinical trials.

As Covid-19’s impact on health wanes, we are likely to see greater normalisation of social and cultural activities. It will of course take much longer to recover from the psychological, social and economic shock.

Scientists will still be studying the long-term protection and effects from vaccines, which will affect how frequently people will need booster shots. They will also be on the lookout for significant mutations to the virus, and for other pathogens that could ignite the next pandemic.

Though we are tired, depressed, and unsure right now, we will be able to conquer this disease, as we did in the past. Global health crises like this pandemic have sparked social progress, improvements in water and sanitation systems, innovations in limiting disease spread, as well as in treatments and vaccines, ultimately changing lives for the better.

Even as the pandemic comes to an end medically, we need to seriously address the socio-economic fault-lines that this crisis has highlighted (and in many cases, widened), including that of inequality, racism and access to health. This unprecedented crisis is likely to lead us to question a lot of commonly held beliefs and status quo and to create more resilient systems in the future.

Also Read: What makes this novel coronavirus the scariest so far for humans

#Pandemic, #Covid vaccine, #Covid-19, #Coronavirus
The views and opinions expressed in this article are those of the authors and do not necessarily reflect the official policy or position of DailyO.in or the India Today Group. The writers are solely responsible for any claims arising out of the contents of this article.

Author is a New York-based biomedical sciences academician with research interest and expertise in the area of infectious diseases.