DailyOh! When Delhi battled world’s worst hepatitis outbreak, to what Salman Khan can do in isolation

In 1955-56, the national capital faced the worst outbreak of infectious hepatitis.

Former US President Barack Obama wrote a book and a lawyer in India says if Obama is not booked for writing the book he will sit on a fast outside the US embassy. Gyan Prakash Shukla, the lawyer in question, hasn’t stipulated the length of the fast so it could last anything from a couple of hours to the hour at which Shukla’s demand is met. All Shukla wants is that an FIR be filed against Obama. We don’t know what an FIR filed in India against a former US President can achieve. But Shukla knows what not filing the FIR can achieve. Chaos, says Shukla, is what not filing the FIR would achieve, because Congress followers and supporters will take to streets. Barack Obama has written in his book that Manmohan Singh was made the Indian Prime Minister by Sonia Gandhi because he posed no threat to Rahul Gandhi. (Photo: Reuters)

Obama couldn’t have been happier. His book, A Promised Land, is being widely talked about in India. But here’s the dampener for Obama. The PDF of his book is being shared widely over mails and WhatsApp groups. So if he laid so much emphasis on India to ramp up sales, he must ask WhatsApp and Gmail for compensation. What will that achieve? The same thing Shukla’s petition will get.

Terrorist Hafiz Saeed has got 10 years in jail from an anti-terrorism court in Lahore. The court also ordered that Saeed’s property be confiscated. The charge against Saeed is the involvement in terror funding. Hold the party, because what may appear like action may just be a show of action. Pakistan is on the global Financial Action Task Force’s (FATF) greylist. It has until June 2021 to act against all 27 points related to money laundering and terror financing.

A terror plot was foiled in Jammu’s Nagrota after security forces gunned down four terrorists. That, in turn, happened after security personnel intercepted a truck at around 5 am. The driver fled after the truck was stopped and men from inside the truck started firing.

In Delhi, the Delhi High Court fired a few shots at the Delhi government asking the Arvind Kejriwal-led AAP government why they waited for 18 days to restrict the number of attendees at weddings. While that is ok, someone should also ask the attendees: “Why on earth can’t you wait for the pandemic to be over before rushing to weddings?”

The court has asked nothing of the attendees but has asked the government how many died of Covid-19 during this period. In the 24 hours preceding Wednesday morning, 131 people died in Delhi.

The Delhi government can give the courts the daily tally or the sum total of the 18 days. The dead are dead. To protect those alive, Delhi government today held an all-party meeting. All parties blamed all parties in the meeting and this left no one surprised.

After the meeting, Chief Minister Arvind Kejriwal addressed a press conference and announced a list of new curbs, which are quite like the old curbs that people forgot to follow once relaxations kicked in. For not wearing a mask in Delhi, one will have to shell out Rs 2,000 as fine – if caught by authorities. If caught by the virus, there is no telling how high the fine could get.

And before you begin to curse 2020, take a minute to know that people cursed 1955 and 1956 too. That was when Delhi saw its worst hepatitis outbreak. This hepatitis was the infectious kind and the largest of its kind. The disease started to spread in the first week of December 1955 and then went on for six weeks. The peak came on December 27, 1955. For Covid, we still don’t know if we have reached the peak. 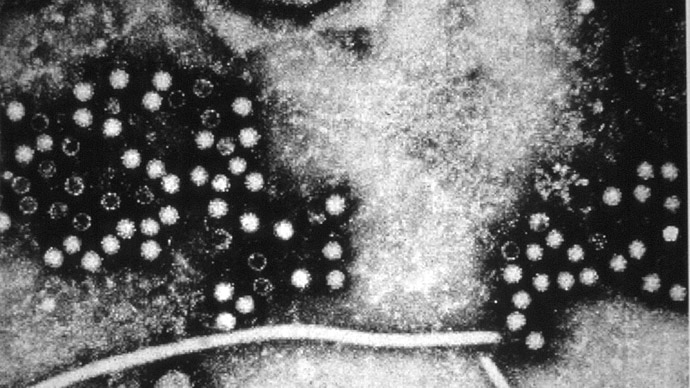 But within six weeks, the disease spread to about 29,000 people. Cases were reported from all over Delhi, including among army personnel in Delhi Cantt. What caused the outbreak was water. Actually, water mixed with faeces. Scientists would call that faecal contamination.

The hepatitis outbreak ended in six weeks, the coronavirus, many say, would end when the vaccine is ready and has reached a considerable number of people. But the World Health Organisation (WHO) says the next virus wave must be fought without vaccines. What the organisation means to say is that the second wave is near, and though vaccines are almost ready, it is still some time before ‘almost ready’ turns to ‘ready’ and governments tell vaccine manufacturers: ready, steady, go. The mask is an absolute must until then. A ‘must’ is as good as an ‘absolute must’. The added emphasis is only for those who are taking the virus lightly.

So if the mask is a must for us, the state’s consent is a must for CBI probe. The Supreme Court has that the central government cannot extend the CBI’s jurisdiction to states without the states giving their consent for the extension. All states except Delhi and the union territories can decide whether to give consent to the CBI for a probe or deny it.

If you want more details on why the Supreme Court suddenly started talking about consent, read this. But let us first tell you what 'consent' means. You see the essence of some words is deeper than the meaning. So, let’s take the deep dive. The SC has said state's consent is a must before the Centre extends CBI's jurisdiction. (Photo: PTI)

Consent, the Word Of The Day, come from Latin consentire, from ‘con’ which means together, and ‘sentire’ which means feel. It is important the parties involved ‘feel together’ and not just be together. So the Centre can’t just tell the state CBI is going to probe this or that, and then ask the state to say ok. It is when the state says ok that the Centre can ask the CBI to go in. Or the state itself can ask that the CBI be sent in to probe a case.

Now, consent must pass a test. Consent is not valid if it is not informed. So, if a doctor wants to perform some procedure on a patient, she must inform the patient about what it entails. If the patient is in no state to respond, it is the family members who then give the consent on behalf of the patient.

Sex with minors is considered rape, even if there is a claim that the minor consented because a minor is assumed to not know about the implications. So consent is no consent if it is not informed. Also, merely informing is no consent.

Governments can make vaccines mandatory once launched, but scientists need people’s consent to involve them in trials. That said, Health Minister Harsh Vardhan has said that the vaccine will be ready in three to four months.

Salman Khan, meanwhile, will have to remain in isolation over the next 14 days because his driver and two staffers tested positive.

For Salman and others who are sitting at home waiting for this to be over, we have a music album recommendation: Sunoh, by Lucky Ali. You may have already heard it, so you can listen to it again and thank us later for reminding you about it. Salman can croon too (with the help of falsetto and auto-tunes). He crooned quite a bit through the lockdown. He may pick up again through his isolation.

We will leave you with Sunoh today.

Also read: What flying home to India from China on a Vande Bharat Mission flight was like