Coronavirus outbreak: Delhi govt acted swiftly, but the battle is far from over

The Arvind Kejriwal administration moved quickly to put in place measures to combat the spread of Covid-19. It hasn’t forgotten the homeless and destitute.

Tough times are the best opportunities for governments to prove their capability. The outbreak of the novel coronavirus across the world, including India, presents a rather tough time. The federal structure of our democracy makes it important that every state government act proactively in this situation because every state has a different scenario and it cannot be managed centrally. 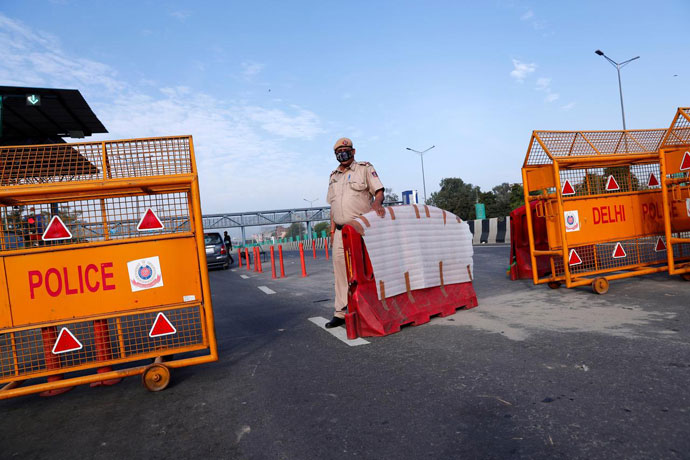 Delhi is under lockdown since March 23. (Photo: Reuters)

The outbreak of Covid-19 in India is still said to be in the second stage, which means that there is no community transfer of the disease. That is why this time is particularly crucial. Every state government in India has taken several measures to combat the pandemic and the Centre is also acting swiftly.

Delhi, being the capital of India, witnesses a continuous flow of people from outside 24x7, therefore, it was important for the state government to bring strict preventive actions when the first case was reported. On March 4, Delhi Chief Minister Arvind Kejriwal formed a task force to tackle the outbreak. He decided to head the task force himself.

Currently, Delhi is under complete lockdown. The lockdown will continue till March 31. During this time, no public transport will be available, all markets will be closed and only essential services will operate.

For the government, the most important issue was to save the children as they have a higher chance of getting affected in such an outbreak. One of the very first decisions was to close all the primary classes in the state. This was the first closure notice by the Delhi government in the wake of the pandemic.

"As a precautionary measure to prevent the possibility of spread of Covid-19 amongst our children, the Delhi government has directed the immediate closure of all primary schools (government/aided/private/MCD/NDMC) till March 31," announced Delhi's Deputy Chief Minister and Education Minister Manish Sisodia.

Immediately after the suspension of the primary classes, the Delhi government also decided to close all the 10,740 Anganwadi centres in the state. Anganwadis deal with children, therefore, it was important for the government to close down these centres.

The government also decided to suspend the morning assembly session in all the schools. To fight the battle against the virus outbreak, the government started educating people through advertisements in newspapers, TV and other media.

"Ram Manohar Lohia (RML) and Safdarjung hospitals have been made nodal offices for the programme. The government has arranged over 3 lakh N95 masks for medical staff, patients and others," said Delhi Health Minister Satyendar Jain. As many as 8,000 medical kits were procured for medical staff treating patients and a total of 230 beds arranged in the 25 hospitals to treat people in case of an outbreak.

Within 48 hours, the Delhi government set up 11 isolation rooms at the LNJP (Lok Nayak Jai Prakash Narayan) hospital to treat coronavirus patients and the third floor of the hospital was turned into an isolation ward.

With the continuous strengthening of the health infrastructure, the state government on March 12 announced the Covid-19 outbreak an epidemic. The government also ordered the immediate closure of all cinema halls in Delhi and regular disinfection drives for all government and private vehicles.

Private cabs in Delhi are being sanitized to prevent and control the spread of Coronavirus. Govt is doing all it's best to keep the outbreak in control, with the same responsibility we all have to be careful as well.@kgahlot @rohitaapsharma @rohitgahlot55 pic.twitter.com/EHfyNIfUsa

All schools and colleges, which were through with their examinations, were ordered shut till March 31.

The Delhi government is stepping up preparedness measures and will increase the number of beds in hospitals to better deal with the outbreak.

According to the Delhi government, the administration is ready to install over 500 beds in various Delhi hospitals.

On March 13, the Delhi government announced the suspension of all sports activities and gatherings of more than 200 people.

“Social distancing is the most effective way to stop the spread of coronavirus in Delhi and India. To maintain social distancing, it is important to avoid any big event which witnesses huge public gatherings. Sports events such as IPL matches see large gatherings. Hence, we have decided to stop such events with immediate effect till further orders,” said deputy CM Manish Sisodia.

By this time, the number of cases had started increasing in Delhi, so on March 16, Arvind Kejriwal announced no religious, cultural and political gatherings with more than 50 people, will be allowed in Delhi.

He also announced that nightclubs, gyms and spas will remain closed till March 31. The CM directed all the MCD commissioners and SDMs to set up mobile washbasins in public places on a large scale. The Delhi government also decided to extend the disinfection drive to all the public service vehicles. Disinfection drive of buses and metros was already underway by then. The drive was extended to auto-rickshaws, Gramin Sewa, Phat-Phat Sewa, Maxi Cab and eco-friendly vehicles free of cost. Lastly, the Delhi government decided to initiate the disinfection drive at all DTC and cluster bus depots.

On March 19, the Directorate of Education issued a circular directing all schools of the capital to postpone the ongoing exams and remain shut till March 31.

On the same day, Kejriwal announced several important decisions to combat the spread. He directed the closure of all dine-in arrangements in all restaurants till March 31.

He also said that non-essential public services will be disallowed from March 20.

Amid the surge in coronavirus cases, Kejriwal on March 13, announced a slew of measures, such as doubling pension under various pension schemes of the Delhi government, free ration for 72 lakh beneficiaries and free food in the night shelters across the city. In his first digital-only press conference, the CM appealed to the people to practice social distancing. He said that his government has not imposed a lockdown for now, but would have to do so if the need arose in the future.

Anyone can walk into these places and have meals. We don’t want anyone to suffer due to hunger https://t.co/1OmV1eeWe7

The outbreak of Covid-19 has shaken the whole world. It is time for all to cooperate with the government and each other to fight this pandemic. Good times will return and this too shall pass.

Also read: Air India deserves your thank you. Not stigma and discrimination

Post your comment
#Arvind Kejriwal, #Delhi govt, #Covid-19, #Coronavirus
The views and opinions expressed in this article are those of the authors and do not necessarily reflect the official policy or position of DailyO.in or the India Today Group. The writers are solely responsible for any claims arising out of the contents of this article.