The India story is looking good as compared to the rest of the world.

India emerges among the top in the fight against Covid-19 — from sunshine to the vaccine to the Covid-19 drug, we have it all right here in India.

Some would say, it’s been a dreadful few weeks. Holed up in homes and worrying ourselves sick that the virus could appear anytime and destroy us. But when we look at the brighter side, of course, the sky is bluer than ever, the air is fragrant, animals have reclaimed the streets. We are bonding, doing things we only wished we could; we have all become chefs and are expressing more gratitude than ever. The lockdown has helped us get rid of the unnecessary. Has helped us sift through the noise and clutter of our lives. Old friendships have revived. Notes to self have become deeper. 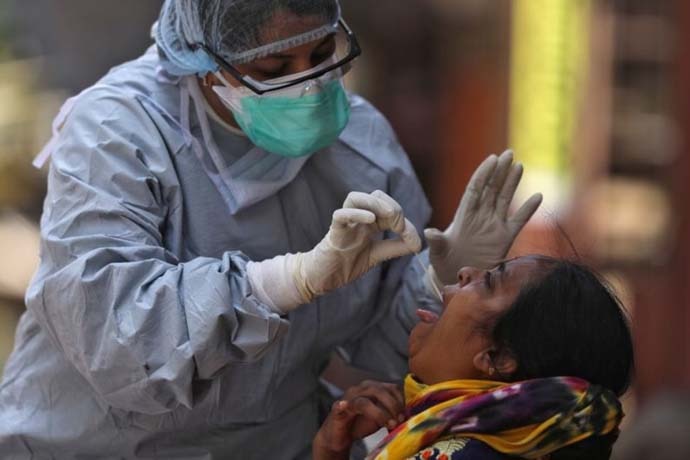 In the fight against Covid-19, India’s pharmaceutical sector has emerged as one of the top fighters against the pandemic. (Photo: Reuters)

But beyond us, the last few weeks have also been a revelation of sorts as India has unravelled before the world. Here’s the good news about the last few weeks as India waged a strident war against Covid-19 and imposed the strictest lockdown imposed anywhere in the world. India reported its first case around the same time as Italy.

The country reported its first case of Covid-19 in Kerala on January 30, around the same time the worst affected countries reported their first casualties. Some 80 days later, by April 19, it had a little more than 16,000 cases of coronavirus with over 500 deaths. Italy had 178,000 cases; the United States had 496,535. India was closer to South Korea in numbers.

India is also the most populous amongst all these countries. Italy’s population is 6.4 crore, while the United States has about 32 crore people; India has a population of 135 crore. Its population density is 464 people per square kilometre. United States’ density is 36 persons per square kilometre. Covid-19 being a highly contagious virus can spread like wildfire in highly dense areas. Yet, the India story is looking good as compared to the rest of the world. India’s spend on healthcare at 3.6 per cent of GDP is among the lowest in the world; the United States spends about 8.5 per cent of its GDP on health. But in the fight against Covid-19, India’s pharmaceutical sector has emerged as one of the top fighters against the pandemic. The sector is supplying ammunition that the world needs — drugs and vaccines.

India is the largest manufacturer of hydroxychloroquine, an anti-malarial drug, that is being touted as a game-changer in the fight against the pandemic. India manufactures 70 per cent of the world’s supply of the drug that is used for the treatment of rheumatoid arthritis, malaria and lupus. And India stood up to the challenge of being the primary drug supplier to the world and lifted the ban partially to export the drug. India is the largest manufacturer of hydroxychloroquine and is the primary supplier of the drug to the world. (Photo: AP)

Pune-based Serum Institute of India, the world’s largest vaccine manufacturer made global headlines — it is partnering with US Biotechnology firm Codagenix to develop a live-attenuated vaccine which can induce an immune response to different antigens of the virus. It is also producing 40 million units of a coronavirus vaccine developed by Oxford without knowing if it works, the Oxford Vaccine Group has said that it hopes to complete human trials on the vaccine in September. And the company is working on a recombinant BCG vaccine shots to improve the innate ability to fight the virus and reduce the severity of Covid-19 in India.

In an interview to Business Today, Adar Poonawalla, CEO of Serum Institute said that the company is looking to produce 20-40 million doses by September-October. And the vaccine would be priced at about Rs 1,000, which is about USD $14. Meanwhile, Glenmark Pharmaceuticals has got approval to conduct clinical trials with antiviral drug favipiravir, considered as a potential treatment for Covid-19. The drug has been approved for use as an anti-flu drug with no obvious side effects in helping coronavirus patients recover, according to press reports on briefings by Chinese officials.

Nature could be playing for India as well, there are reports stating that sunshine and summer could ebb the spread of coronavirus. In several parts of the country, temperatures could be touching 40-degree celsius in the next week or ten days.

And finally, the good news is that the RO value for Covid-19 (the basic reproduction number of a disease — which indicates the number of people a patient can directly infect in a healthy population) is down from 1.36 last week to 1.29, according to scientists at the Institute of Mathematical Sciences in Chennai. A slowing RO brings down the number of affected cases. For the epidemic to end, the RO number needs to go below 1, scientist Sitabhra Sinha said in an interview to a media portal. The RO number was at 1.83 on April 6.

The recovery rate in India has improved from 15 per cent on April 19 to 24.56 per cent now. As India looks towards a staggered lifting of the lockdown and now faces the inevitability of economic displacement that the lockdown has caused, it clearly has done a lot better than several advanced economies of the world.

Definitely not down and out. Fighting strong and on its way to being covid-fit!

Also read: How to revive the health system in India on a war footing

#Pharmaceuticals, #Hydroxychloroquine, #Covid-19, #Coronavirusinindia
The views and opinions expressed in this article are those of the authors and do not necessarily reflect the official policy or position of DailyO.in or the India Today Group. The writers are solely responsible for any claims arising out of the contents of this article.