The great hoax of India

The country lives from moment to moment, without forming a memory, without contemplating the past or the future.

Hundreds of Indians, or may be thousands or even hundreds of thousands if you count every man, woman and child on the move, are walking. They are walking to their homes, forming a beeline on the side of empty, and now almost scorching, roads. They are walking with little bundles, tucked under their arms or held aloft on their heads. The bundles are stuffed with all their belongings. Their destinations are villages and towns in the hinterland. Some will have to walk tens of kilometres to reach their homes. Some of them are going to walk hundreds of kilometres or even a thousand or so. A few may even die during the journey. 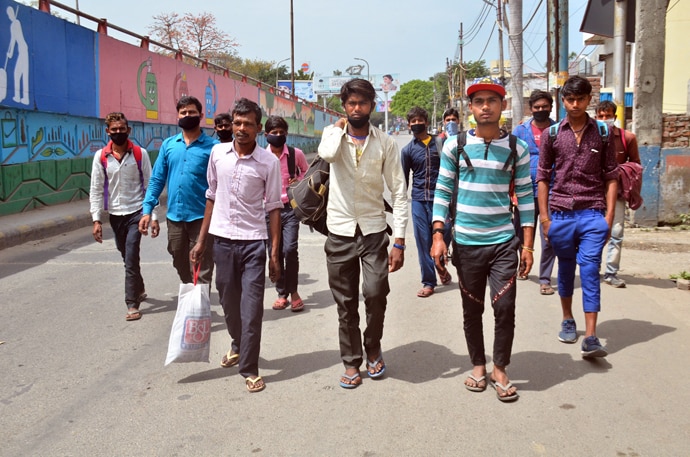 The poor are walking with little bundles, tucked under their arms or held aloft on their heads.  (Photo: PTI)

The photos of the poor walking by the empty roads remind me of the scenes John Steinbeck wrote in The Grapes of Wrath. The difference is that in the novel the poor, abandoned by the state, sold their villages, their fields, all their belongings and walked in thousands towards the cities. Here the poor, abandoned by the state, are walking out of the cities. Another difference is that Steinbeck’s poor walked with wrath in their hearts. The poor outside Delhi, on the highway that flows into the hinterland, are walking with mere misery inside them.

We see it again and again. The poor, who are walking, miserable, hungry, thirsty and hopeless, will reach their villages and they will forget that they ever took this walk. When the day of voting comes, they will walk to the polling booth and vote for the same government that once cut off all the road and train transport without thinking of them, and forced them out in the wilderness.

It’s not just the poor. It is all of us. Mostly. A few years ago, hundreds of thousands of Indians queued up outside empty banks and ATMs, hoping to get a portion of the money that was theirs. Many died in queues and almost all went through unimaginable hardships. Yet, it left no mark on their memory. When the time to vote came, they voted again for the government that put them through this misery. 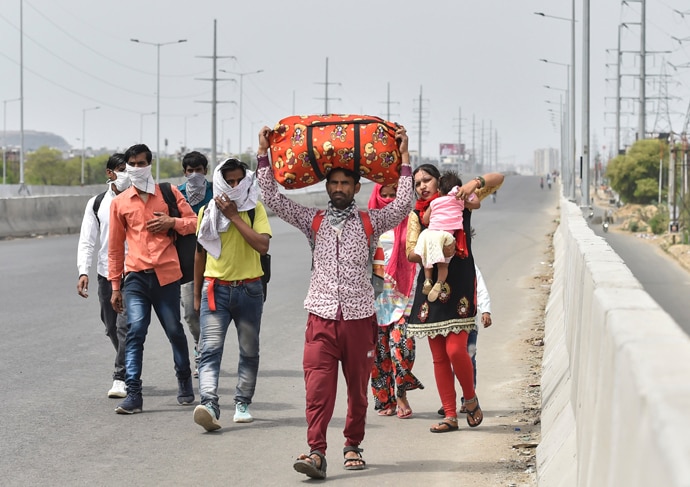 The poor, who are walking, miserable, hungry, thirsty and hopeless, will reach their villages and they will forget that they ever took this walk. (Photo: PTI)

Yanis Varoufakis, who was the Greek finance minister in 2015, wrote in his book, Adults in the Room, about money controls that his government was contemplating. “Jeff Sachs (Jeffrey Sachs)... phoned me to say that in all his years of advising governments, he had never seen a surer way of committing political suicide than a finance minister passing a legislation that stopped citizens from withdrawing their bank deposits,” Varoufakis writes. “Politically, it was imperative to avoid them.”

Well, Jeff Sachs never met Indians I suppose. In India, a government can get away with anything.

No, this is not about this government or that. It’s about the barren souls of people, souls where no grapes of wrath ever grow. There are doctors in this country, working right now in these times of the coronavirus outbreak, without protective gear. But when the time to vote comes, they will vote again for the government that could not plan to give them the right gloves and gowns.

There are traders in the country suffering due to ill-planned lockdowns. They will forget this next week. There are people whom cops are thrashing, unnecessarily and inhumanely. They will take a rose from the same cops the next day and vote for the same government that let the lathis loose on them. There are people holed up inside houses, worried from where the dinner for their family is going to come this weekend. They too will forget this anxiety they have right now and again vote in the same people who could not plan for their well-being and welfare.

This is the hoax of India.

The words come from an essay VS Naipaul wrote in the 1960s, in the book named Writer and the World: Collected Essays, while he was touring India. The essay is titled, The Second Visit.

Seeing the country from the sensibilities of an outsider, he recognises the big problem. It is the problem of action, and of right action. Indians, he hinted, have no sense of tragedy and urgency. There are reasons, for everything has reasons. Indians live in the moment. They live as if they have no past, they form no memories, and they live without an eye on the future. May be this is because life in India, even at its most basic, is so hard that there is no time to look back or look ahead. Whatever the reasons, Indians live in the today, without remembering the yesterday.

“This is the hoax of India,” Naipaul wrote with the eye of an outsider but with a heart that yearned for the land of his ancestors. “We take the country too personally. We go with a sense of tragedy and urgency, with the habit of contemplating man as a man, with ideas of action; and we find ourselves unsupported.”

This has been the story of India, for years and for decades. There are some people who break through; who manage to acquire the eyes of an outsider, who start to see the problems. But whenever they go in with a sense of urgency, a sense of action that could avoid the tragedy, they are thwarted by India. This is why many promising politicians, bureaucrats, scientists, activists, any promising soul, all promising men and women, fail when faced with the reality created by the people here. In India they are found unsupported because India lives from moment to moment, without forming a memory, without contemplating the past or the future. As a nation we walk, with our little bundle of belongings, into nothingness.