Thousands of dead bodies that are the most likely outcome of an uncontrolled outbreak can’t be hidden. Is the government playing with fire?

On March 15, a batch of 236 Indians was evacuated from Iran in an Air India plane. Only three of these 236 were tested for coronavirus infection because only the three showed symptoms.

They were quarantined at the Indian Army Wellness Centre in Jaipur. The rest – 233 of them – were allowed to go home without being tested for SARS-CoV-2, the virus that causes Covid-19. With 190 confirmed cases reported so far and four deaths, India is ahead of the curve. Is it? 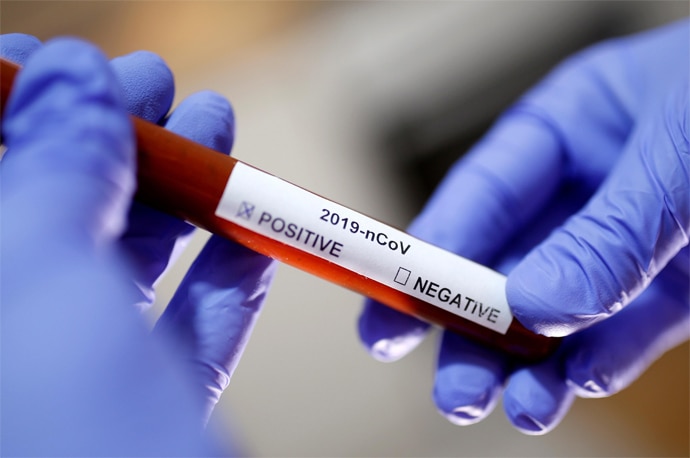 Many say that the low numbers in India are a result of the fewer number of tests the country is conducting; that the number of tests mask the extent of the spread. But you can’t actually mask a Covid-19 outbreak. Examples from Italy and China are proof that thousands of dead bodies that are the most likely outcome of an uncontrolled outbreak cannot be hidden. Why is the government, as many would have us believe, then playing with fire?

To answer that question it is important to answer a few other questions - what a Covid-19 test is, how it is conducted and how the disease spreads.

Stage 1: When the disease is just introduced to a population. In India’s case, the disease was introduced by those with travel history to affected countries.

Stage 2: At this stage, local transmission of the disease starts. Some of those who come in contact with people with travel history to foreign countries start to get infected. According to the Indian Council of Medical Research (ICMR), this is the stage that India is in right now.

Social distancing is advised at this stage.

Stage 3: This is when even those who have had no known contact with an infected person, and haven’t even travelled abroad, start getting the disease. From here, it becomes difficult to break the chain of transmission and control the spread because those affected may not know where they got the infection from. That’s when countries announce lockdowns.

Stage 4: This is the stage of epidemic within the population and this is when it becomes a widespread outbreak.

What India is doing

India is testing people with travel histories to foreign countries, mainly the most affected ones, such as China, the US and European countries - only in case the person shows any symptoms of the disease. People coming from abroad are being asked to fill a health declaration form with the following questions:

Are you suffering from any of the following?

If you tick yes for any of the above, you are tested, else you are free to go home. Now, if a person has left for home and then develops symptoms, she can get in touch with the authorities and get tested. If tested positive, the authorities will track down all people who the person could have come in physical contact with during this period and test them.

This method of testing leaves enough room for Covid-19 to spread.

And this brings us back to the question – just why is the government taking chances?

No coronavirus test kits made in India

Test kits to diagnose coronavirus cases are not manufactured in India and given that airlines are in lockdown, importing the kits is difficult. There are two tests - a blood test and a swab test - that confirm or rule out a coronavirus infection. Both tests are free for people but cost the government Rs 5,000 each as the government is conducting these tests free of cost.

When it all started, India had just 3 lakh testing kits available in the country. An additional 2 lakh testing kits are being procured to supplement the existing stock of 1 lakh. India is trying to control the spread of a disease that threatens each one of its 1.3 billion people... with five lakh kits. If mass testing was allowed, as is being suggested, India would have run out of kits by now. But shortage of kits is not the only problem. India is short of laboratories too.

The first test is conducted in 67 laboratories across the country. The second, which is the confirmatory test, is conducted in just 51 labs so far, which means not every district of India has a testing lab. India, remember, has a total of 732 districts.

The government is trying to involve private labs in the effort but they aren’t sure where the kits are going to come from and who will bear the cost. The government has asked private labs to conduct tests for free but hasn’t spelt out if it would subsidise the test or if labs will have to bear the full cost of the tests.

One of the examples being thrown at the Indian government’s face is that of South Korea, which was conducting 12,000-15,000 tests by February. Now, South Korea has a population of about just six crore people, that is 0.06 billion. Comparatively, India, with a population of 1.3 billion or 130 crore, should have been prepared better, but it is not.

According to the World Health Organisation, India ranks 184th out of 191 in terms of GDP spend on healthcare. At present, government spending on the healthcare industry stands at 1.15 per cent of the GDP.

Has India lost the battle already?

For now, no. What is working for the government for now are some timely interventions. In February itself, the government imposed restrictions on those travelling to and from China. This was at a time when most European countries and the US were still allowing unrestricted travel to people from mainland China.

Covid-19 has been declared a pandemic and 10,000 people have died but just a couple of countries have so far reported more than 50 deaths - China, Italy, Iran, Spain, France, South Korea, the UK and the US.

From this lot too, cases in China and South Korea have begun to fall drastically.

Is India not heeding WHO’s advice?

WHO director general Tedros Adhanom Ghebreyesus said, “We have a simple message to all countries - test, test, test.”

But in its interim guidance on “Laboratory testing for coronavirus disease 2019 (COVID-19) in suspected human cases”, the WHO said: “The decision to test should be based on clinical and epidemiological factors and linked to an assessment of the likelihood of infection. PCR [polymerase chain reaction] testing of asymptomatic or mildly symptomatic contacts can be considered in the assessment of individuals who have had contact with a COVID-19 case. Screening protocols should be adapted to the local situation.”

India says the local condition so far doesn’t merit scaling up testing because India is only seeing imported cases and no community transmission so far.

India is also intensifying the random sampling of people who display flu-like symptoms but don’t have any history of travel to outbreak zones to check for community transmission.

Beginning March 15, each of the 51 ICMR laboratories is to test 10 such samples every week. The exercise began on March 15. On March 18, ICMR confirmed 500 random samples of patients with symptoms of severe pneumonia and chest infection turned out to be negative.

Between February 15 and 29, the ICMR had picked up 20 samples and tested them at 13 labs. All results were negative and that is how the government decided to test only symptomatic people with travel histories.

It’s not just testing; the government has aggressively advocated social distancing too, with Prime Minister Narendra Modi speaking to the nation and asking the elderly, people above 60 years of age, to stay indoors. More and more people are beginning to work from home. People are avoiding travel and unnecessary outings.

The shutting down of restaurants, cinema halls, malls and other public places is also likely to help stop the spread of the disease.

This, the PM said, shouldn’t make us complacent. We cannot let the guard down. It will be months before we do that. Months before we begin to consider handshakes and hugs safe again.

Also read: DailyOh! How coronavirus could have landed from Wuhan in Italy, to how Tom Cruise ‘matched’ Kelly McGillis in Top Gun