DailyOh! The cost of coronavirus vaccine in India, to the big gain for BJP in Telangana

PM Narendra Modi says the world is looking at India for the cheapest and safest vaccine.

The Prime Minister gives the go-ahead for many things, but it is the go-ahead of the scientists he is waiting for for vaccine distribution to kick off in India. While scientists are analysing the trials results, the Centre and states are analysing price concerns. How India prices the vaccine will have a bearing on the world because the world is looking at India to provide the cheapest vaccine. 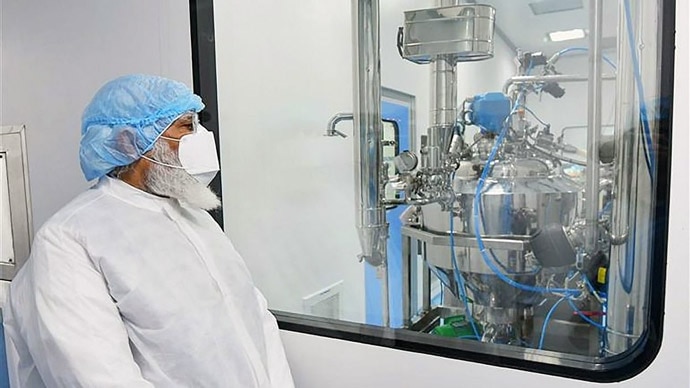 Prime Minister Narendra Modi said the world has its eyes set on India for the cheapest and safest coronavirus vaccine. Safety is a concern that other countries can also address but when it comes to cheapest, no one does it quite like India. Why does the world think India can provide the cheapest vaccine? Because India provides the cheapest drugs – the generic drugs. Remember, India’s Cipla made AIDS drugs available at US $ 1 a day when the US was selling it at about US $ 22 per day. That helped saved countless lives in Africa, as also in India and the US.

Also, India’s Serum Institute is the world’s largest manufacturer of vaccines. Talking of vaccines, let us tell you how India ensured people do not refuse their children ‘do boond zindagi ki’. Indians were coaxed into taking their children to the polio drop kendra after a little scolding from superstar Amitabh Bachchan.

In 2002, Bachchan was the brand ambassador for the Polio Eradication Campaign and polio cases shot up by 1,556. In Bihar and Uttar Pradesh, from where the maximum cases were being reported, also being reported was a resistance towards the vaccine. Ad Guru Piyush Pandey then came up with the idea that what can’t be achieved through polite talk can be achieved through a polite scolding. There is a recipe for scolding polite. Add a please after you have scolded your target. This leaves your target defenceless in ways that a mere please or mere scolding can’t.

So, once this polite scolding ad was released, numbers at polio vaccination centres began to sore. Some of the women when asked as to why they have come even admitted, “Amitabhji has become very angry. We have come because we do not want to anger him further.”

Polio vaccines were given free of cost. The price of coronavirus vaccines is being discussed. But National Aeronautics and Space Administration (Nasa) has decided the price at which it will buy moon dust. Contracts have been awarded to four companies to collect lunar samples over the next few years for $1 to $15,000 (Rs 11,06,550 today). The four companies will be sending missions to the moon, which will have no men or women, between 2022 and 2023. The missions won’t even have members of the third gender or people who don’t want any gender ascribed to them. The sample collection will be done by machines.

The mission will go when they are supposed to go but India today asked Canadian envoy to come and hear India’s stand on Canadian Prime Minister Justin Trudeau’s decision to ‘stand by the farmers’. India told the envoy that if such actions continued they would have a “seriously damaging” impact on bilateral ties. The action which India was referring to involved Trudeau and some other Canadian leaders raising concerns over farmers’ protests in India. 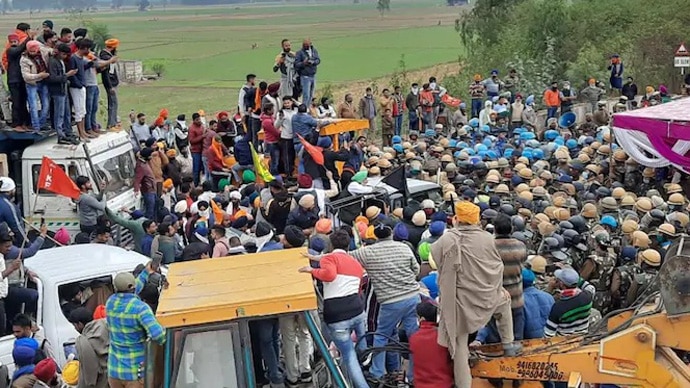 The farmers' protest continues in the absence of a breakthrough in talk between the government and farmer unions. (Photo: PTI)

Two rounds of talks between the farmers and government ended without any results and the third round will happen tomorrow. Farmers, meanwhile, are protesting on Delhi’s borders. Since they are protesting on Indian roads and the Indian government is talking to them, Trudeau can find someone else to talk to.

Trudeau can use his free time taking care of Indians who have landed in Canada instead of landing his ‘concerns’ in matters that do not concern him. Truth be told, the matter concerns him.

There are enough Punjabis in Canada to claim a Canadian Punjab. Trudeau wants to lay claim to their votes.

Talking of votes, counting is on for the Greater Hyderabad Municipal Corporation elections, where the BJP looks headed to win about 35-40 seats after winning four seats in 2016. The TRS is likely to retain the mayor’s post, which it had won in 2016 winning 99 of the 150 seats. Since the voting happened through postal ballots, final numbers will take time to come.

So, is BJP, known as a party of the north, is celebrating its rising influence in another southern state after Karnataka, Indian Navy is celebrating Navy Day. Why does India mark Navy Day on December 4 every year? Because it was on this day in 1971 that the Indian Navy sank four Pakistani vessels killing hundreds of Pakistani Navy personnel as part of Operation Trident. Apart from celebrating the success, India also commemorates those it lost in the war, on this day because Saathiyon Tumko Mile Jeet Hi Jeet Sadaa. Bas Itnaa Yaad Rahe Ek Saathi Aur Bhi Thaa.

Sorry to have gotten you all emotional. But then, no sorry as well, because there is nothing wrong about being all emotional. Leave emotions aside for now and let’s get to what navy means.

Navy, the Word Of The Day, on Navy Day, comes from Old French word ‘navie’ which means ‘ship, fleet’. The French, in turn, found the word in Latin word navis.

The Oxford Dictionary defines navy as ‘the part of a country’s armed forces that fights at sea, and the ships that it uses’.

The country that has the world’s largest navy also has the largest number of people in the world. You got that right even if you got it with the help of the hint. China has an overall battle force of about 350 ships and submarines.

That was a quick quiz contest where the winners will get nothing apart from the satisfaction that they won. Those who lost, of course, get to know the right answer.

Since we are in giving mode, let us also give you a recipe – Baked Cauliflower and Cheese Macaroni. Spare that chicken and think veggies, for once. If after all the thought over veggies, you are still thinking chicken and mutton, who are we to make a choice for you? Not the UP Police, for sure, which went to stop the wedding of an inter-faith couple. The wedding had not just the miya-biwi and qazi ready, even the families had consented to it. The UP Police, not so.

The police reached the venue and asked the couple to follow due process.

Additional Deputy Commissioner of Police (South) Suresh Chandra Rawat reportedly said, “The families were asked to follow the due process for inter-faith marriage, and were also told about the new ordinance to check religious conversions by force, allurement, etc.”

Rawat said the couple may get married without changing their religion under the Special Marriage Act. If they want to convert, they should give a declaration at least 60 days in advance to the authorities.

Who will pay the extra cost of deferring the wedding? The law is quiet on that and so are the police.

We will leave that at that.

You have a good weekend.

#Justin Trudeau, #Farmers' protest, #Covid vaccine, #Coronavirusvaccine
The views and opinions expressed in this article are those of the authors and do not necessarily reflect the official policy or position of DailyO.in or the India Today Group. The writers are solely responsible for any claims arising out of the contents of this article.