How pop culture failed us in the times of coronavirus

What sustains us as a society is four ideas or four truths. These are Bollywood, cricket, science and democracy. All four have failed us in Covid times.

Covid is a time both of loneliness, and intense conversations. I used the telephone as a lifeline to keep in touch with people and ideas. As an academic, I often go back to my old teachers, scholars who taught me, who are now retired but still active, running the university of ideas while they walk around parks and housing colonies. I rang up one of them recently, a brilliant cantankerous anthropologist, a semiotician, a man who enjoyed the symbolic.

We were discussing science, epidemics, then he said that my analysis was half done. "For a journalist your sense of Covid is incomplete. You have little sense of Covid as popular culture, its failure to enact a myth."

My professor said, "We look at Covid as medicine, as public health, as science, as political economy, but we ignore the illiteracy of Covid as a symbol. Why don't people see it as an unsuccessful myth? The State is challenging Covid, in offering a new kind of normalcy, and is trying to create a new myth, a new sense of the world as it is today. It has failed disastrously." My professor paused, and said, "Think of it. What sustains us as a society is four ideas, four truths. These are, Bollywood, cricket, science, and democracy. These are the four myths that sustain modern India as a nation-state." My professor said Bollywood has been the biggest failure in recent times. Earlier, it could combine family and the official life, urban and the rural. Anyone who watched Seeta Aur Geeta (1972) or a Bachchan movie understood how myth solved contradictions. Bollywood made our contradictions tolerable, but Bollywood as a myth could do little about Covid. We could invoke no song, no script, no dialogue, which let us deal with Covid. Bollywood dialogue is usually handy and apt in dealing with crisis situations. But Bollywood, at the symbolic level, was silent about Covid. The Sushant Singh Rajput story was a mere distraction, a tale which criticised nepotism, but it did not carry weight. It lacked drama, except at the internet level of editorialising. Nothing in Bollywood could cover the Covid crisis. The Bachchan family going into isolation was a statement of closure, a way of saying that we are all vulnerable, we have nothing to say. The migrant, and the poignancy of his fate, his travelogues claiming citizenship, did not enter the Bollywood myth. The migrant became a subject of mere documentaries.

Science was equally disastrous. Our scientists, impeccable in their certainty and officialdom looked like panicky astrologers erasing last week's prediction. The amount of times the Covid virus has peaked in their prediction could create a mountain range with peak points. Similarly, the politician keeps talking of extending the lockdown, as if it is an accordion. We talk of scientific temper, yet science cannot even get the Covid narrative straight. The hysteria around each scientific prediction, the greed around the possibility of each vaccine is disgusting. In fact, scientists are hardly talking about science. It is politicians who are using science and science policy as a part of the machismo of politics.

It isn't quite cricket

Look at the way WHO behaves and is treated. This very organisation as a case study captures science at its nadir. The State can get away with Ramdev's slapstick Ayurvedic ideas of Coronil, promising a miracle, and then passing it off as a palliative. There is little debate and less transparency. One saw the hysteria of science but not its objectivity when a man in a white coat oozing expertise is okay for toothpaste and advertisements on a soap but unfit for the Covid narrative. One forgets the scientist was a major trope of Nehruvian nationalism. Now he is just another civil servant. Covid has shrunk his stature, has collapsed as a myth, fumbling like a set of skittles. 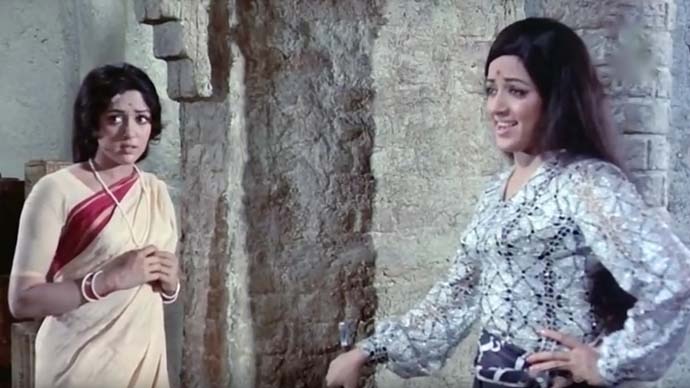 Cricket was the third casualty. Cricket as the sense of fair play, of competitiveness, of table-manners, gives elegance to democracy when small-town boys make it into big-time cricket. But cricket as a myth seems helpless, good for Boost advertisements but has little to offer as a metaphor. Virat Kohli's aggression seems irrelevant to the narratives of Covid.

The corporate world tried to present itself as creating a new democracy by reworking the body. It tries to re-write work and consumption, and the miracles of technology. Each was offered as a new anecdote; a fable of what technology can do in the post-Covid world. The corporates created a rule to work from home. The woman as executive returned to the drudgery of housework. One never saw the gender inequalities it revealed. Instead of looking for the political and sociological solution, we went for a quickie option in technology. We did not think through the technologies we offered. For example, digital technologies offered as a quick fix, but does its pedagogy work? Is it available across schools, or is it reinforcing social divides? Every technology we have now offered as a miracle, offered a democratic quick fix and has collapsed. The body comes out in all its dualisms. On one side we have the body of leisure and beauty care, and on the other, the body of the migrant collapsing from hunger and distress. Symbolically, none of the myths of modernity worked, as Covid brands were symbolic disasters.

Covid needs to be reconstructed as a myth, as a symbol. To look at it instrumentally amputates its meaning. Today, the policy has no metaphors, myths, to drive its concepts. Ideas like globalisation and development have broken down. Covid lacks the sense of cosmic dimensions, and the advertisements look slapstick to cover it. I realised my old fashioned professor with a sense of the classic, was more futuristic than I was. Covid has to be read philosophically and symbolically. The world of policy, sadly, impoverishes these words as it moves instrumentally and functionally. There is Covid illiteracy which we have to confront.

#Democracy, #Science, #Cricket, #Bollywood
The views and opinions expressed in this article are those of the authors and do not necessarily reflect the official policy or position of DailyO.in or the India Today Group. The writers are solely responsible for any claims arising out of the contents of this article.