Covid-19 will find a cure. Stigma will not

From leprosy, yellow fever, HIV-AIDS to Covid-19, diseases have always brought out the worst in mankind: the stigmatising.

Stigmatising the diseased or the afflicted is nothing new to humankind. It has an incredibly long history from the most recent Covid-19 outbreak to the medieval period’s panic over leprosy.

In every great pandemic that has affected mankind — ranging from smallpox, tuberculosis, Black Death, Spanish Flu, to the more recent HIV-AIDS — the stigmatising theme has been a true constant. In earlier times, the outbreaks were blamed on the “low” and the “immoral” class of people who had to be quarantined and removed as a threat to society. The paradigm has now shifted and the “low” and “immoral” people are identified as outsiders, those on the fringes of society including foreigners, immigrants, racial minorities, and people of low socioeconomic status. It has now gone a step further and has enveloped even the caregivers and the essential service providers.

In recent months, the stigmatisation has spread to those who might be exposed to the novel coronavirus. From doctors, nurses, airlines staff, policemen and anyone who has travelled abroad in the recent months and has risked exposure to the virus is being stigmatised against under the garb of protecting oneself. So much so, that people are worried about getting themselves tested for Covid-19 despite falling in the “high risk” category because they fear stigma and ostracisation by friends and neighbours, even if they test negative. Even a normal cough in public has become an invitation for disdainful and fearful glances from those around. Thankfully, the aware citizens of Twitter have been running an online campaign #IAmNotVirus against the stigma before it grows further.

While mental health disorders and tuberculosis take the cake in the resulting stigmatisation through the history of mankind, HIV-AIDS has been a strong contender in recent times before Covid-19 happened. In the late 20th and early 21st century, discrimination against people with HIV-AIDS is probably the most prominent form of disease stigma. Even as recently as 2009, one in five Americans believed that HIV could be spread by sharing a drinking glass, swimming in a pool with someone who is HIV-positive, or touching a toilet seat.

In 2012, a man in Pennsylvania in the USA was denied a job as a nurse’s assistant when he revealed his HIV status to his employer. Even more appallingly, HIV-positive individuals in the Alabama and South Carolina prison systems in the US were isolated from other prisoners, regularly kept in solitary confinement and given special armbands to denote their HIV-positive status. HIV stigma has led to difficulty in accessing testing and healthcare on a global level and the pandemic continues to affect world health, with 37.9 million people across the world being HIV-positive as of 2018. 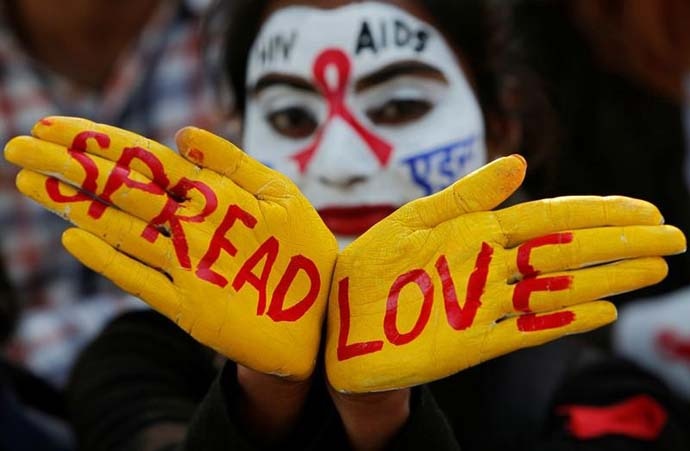 The stigma against HIV-AIDS is one of the biggest reasons why people hesitate seeking medical intervention and it continues to be a pandemic. (Representative photo: Reuters)

If that was America, we Indians are not too far behind in being nosophobia arising from readily visible symptoms. Nosophobia is the extreme or irrational fear of developing a disease, and the root of stigma. For instance, take the case of leprosy. Medical anthropologist Ronald Barrett writes in his paper Self‐Mortification and the Stigma of Leprosy in Northern India, “The extreme discrepancies between the clinical and social realities of HD (Hansen's Disease) in India underscore a common distinction in medical anthropology between the pathophysiology of disease and the human experience of illness as suffering. Yet, although this distinction may be useful for initial criticism, further examination reveals that the physical and social stigmata of HD are too interconnected to be adequately disentangled. As such, leprosy is best approached as an illness of discrimination inclusive of its physical condition.” 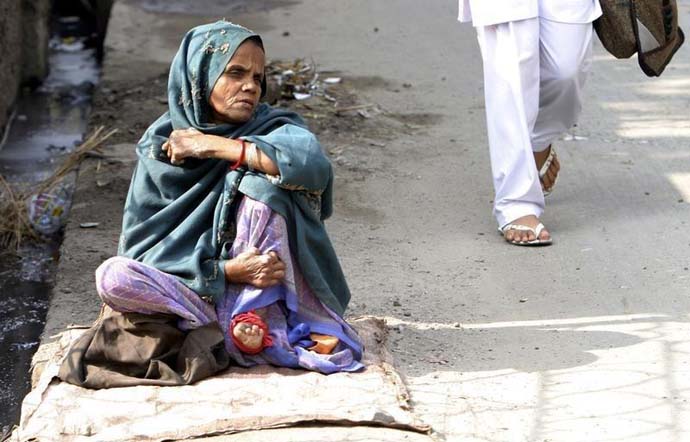 Those afflicted with leprosy often are ostracised and stigmatised even after being cured and have to live alone on the margins of society (Photo: Reuters)

In fact, the stigmatisation against diseases is ordained in religious texts. The Bible gives the classic case of stigma against leprosy. Since the cure was not discovered in Biblical times, it fell on the shoulders of religion to handle those who were perceived as a danger to the healthy. It was the priest’s role to decide if the diseased person was “clean” or “unclean” based on certain symptoms — white or raw skin for example. It was the duty of the family to bring the afflicted member to the priest and if the disease proved serious, the leper was required to follow specific societal rules including wearing torn clothes and cry out “unclean, unclean” as a warning for others to not come near him (or her). Obviously, it went without saying that the person had to live alone on the margins of society.

While it is common for infectious diseases to invite social stigma, American biologist Irwin W Sherman’s book — Twelve Diseases that Changed Our World — point at particular instances of cholera and yellow fever. Of course, the book was published in 2007 and does not draw the references to Covid-19.

While cholera outbreaks require quarantine, speaking from a medical perspective, Sherman looks at the cholera pandemic of 1892, and points out that “when quarantine becomes a social policy, its effects can be pernicious: it can isolate more than those labelled as ‘diseased’ and can stigmatize an entire group.” The cholera toll in Europe was reportedly so high that US authorities decided to quarantine immigrants upon arrival. In New York alone, about 39,000 home inspections were carried out and suspect dwellings were blockaded. An executive order from President Benjamin Harrison labelled immigrants “a direct menace to the public health,” singling out Russian Hebrews. Fear overruled all rational reasoning and Sherman concluded in his book, “The stigma of disease was cast over all European Jews seeking entry into the United States long after the threat of cholera had ceased.” In America, yellow fever stigmatised those from the Southern states. The outbreak peaked around 1850 — around the same period when the Abolitionism or the movement to end slavery (that originated in the Southern states) was also at its peak. The media was centred in the Northern states and was crusading against slavery. They derided the South for unhealthy conditions and reportedly wrote a series of editorials that marginalised not only those showing symptoms but everyone from the South. “Only after these diseases (yellow fever, malaria, hookworm, pellagra) were eradicated by the mid-1900s, would that perception change,” writes Sherman.

These instances are the mere tip of the iceberg of the bad times that bring out the worst in humans. In difficult times, let us try to be more humane and kind to one another instead of bringing out in us the beast that is born of irrational fears. An important step in that journey is to equip ourselves with better knowledge of what could cause and spread the disease instead of trusting rumours.

Post your comment
#Hiv-aids, #Leprosy, #Stigma, #Covid-19
The views and opinions expressed in this article are those of the authors and do not necessarily reflect the official policy or position of DailyO.in or the India Today Group. The writers are solely responsible for any claims arising out of the contents of this article.