Why there is hope in Covid-19 numbers for India

Looking at the data available, it seems like India shall have a very low number of Covid-19 positive cases given the slow rate of growth of infections.

At the time of writing this article, the world remains in the grip of the crisis caused by the coronavirus. Numerous television channels are full of facts and figures that seem to demoralise most people and even cause a fair amount of stress. Perhaps the time has come to put things in perspective especially in the context of India. The idea is to clear the air a little so that the light at the end of the tunnel becomes visible with greater clarity.

This is a deadly virus no doubt and it seems to spread with a swiftness not seen in other viruses such as Ebola and SARS. This is seemingly borne out by what happened in Italy, France, London and New York. However, this is not always a necessity. The case of the outbreak of the virus on the cruise ship, the Diamond Princess remains quite curious. The ship had a closed environment with 3711 passengers on board. Most of these passengers were in the age bracket that would be counted as close to the elderly. About 700 passengers were infected, with an infection rate of 0.19 per cent yet there were only 12 deaths. The case of the Covid-19 outbreak on the cruise ship, the Diamond Princess, remains quite curious. (Photo: Reuters)

Experts used this data from the Diamond Princess and made a true study of the deaths rates in China and came up with a figure of 0.5 per cent. This simply means that for every 1,000 people with the infection only five would die. This is a very low figure indeed and should be quite reassuring. I wish people in India would pay attention to this figure. The tragedy is that all other kinds of figures keep getting bandied about and the lay public begins to get stressed out.

It will not be out of place to mention that most of the time people look at figures that indicate the total number of infections and the total number of deaths. These numbers end to mislead and they take away attention from the real situation. As things stand in India, we have an infection rate of 0.04 per cent.

Simply put, this means that in a group of 100 people the chances are that about four people shall be infected. Out of these four who may be infected, the chances of anyone dying is close to zero because the actual death rates indicate that five people out of 1000 who are infected are likely to die. Let me put it this way, if we had a population of one lakh then about 4000 people are likely to get infected and out of these 4,000, about 20 are likely to die. This is quite a reassuring figure. The interesting thing is that the actual picture is even better. Let me explain. So the rate of infection in India is indeed very low. Enough time has elapsed since the disease arrived in India for us to assert that the lockdown has ensured that the infection rate shall stay around 0.04 per cent. If these rates had to go up they would have gone up by now. Infection rates worldwide have been seen to have locked in during the first few weeks. So another positive thing that emerges is that India’s infection rate is way below most other countries. Infection rates across nations have been pegged between 1.5 to 3.5 per cent. If the infection rates at places like Dharavi do not explode — and they should not explode because three weeks have gone by without exploding — then the current trends shall more or less stay steady.

Looking at the timelines of the course of the disease in Italy and the USA and making a comparison with India on the same timeline we find that the growth along almost all parameters in India has been well below these two countries. In fact, the growth along critical parameters has been better than almost every major nation. Let us take the rate at which infections have doubled in India. This rate was quite low, to begin with — about five days — but has now slowed down to almost seven days. This means that the number of infections currently doubles almost every week. 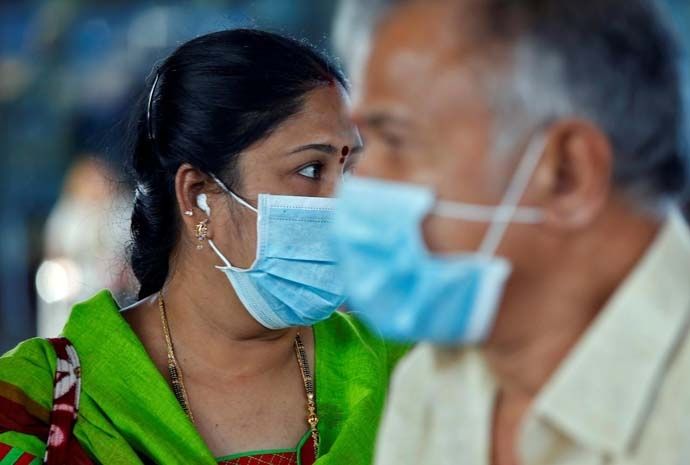 Comparing all pieces of data available, it seems like India shall have a very low number of Covid-19 positive cases given the slow rate of growth of infections. (Photo: Reuters)

In conclusion, I wish to say that India, comparing all these pieces of data, shall have a very low number of infections given the slow rate of growth of infections. I estimate that the total number of cases in India shall be below 30,000. Consequently, the deaths too shall be very low indeed. Many factors have worked in our favour. The lockdown has obviously played a major role. The population has cooperated largely. Our agencies that deal with health and medicine have also done commendably. Some well-regarded medical scientists feel that the BCG vaccine that has been used widely in India has also played a role. May God keep India safe.

Also read: Lockdown-prash for coronavirus: How PM Modi’s mantra is tonic for India in Covid-19 war