Lessons to be learnt as India battles the Covid-19 challenge

Ten days into the 21-day nationwide lockdown, there is a cause though for optimism as the number of Covid-19 deaths remains low in India.

Has India weathered the Coronavirus storm? Ten days into the 21-day nationwide lockdown, it’s too early to say. There is a cause though for optimism. The number of deaths due to the Covid-19 outbreak remains low. Testing has been ramped up and while cases have increased sharply, the exponential growth in cases and deaths predicted last month has not materialised. It’s important to put the figures in perspective.

Lessons to be learnt

While India should obviously be testing far more, there is no direct correlation between the number of tests and the number of deaths. Fatalities are a finite number. They can’t easily be underreported given the scrutiny at hospitals and health centres around the country. Why has India been spared the high fatality count and positive cases that have driven Italy, Spain and France to despair? 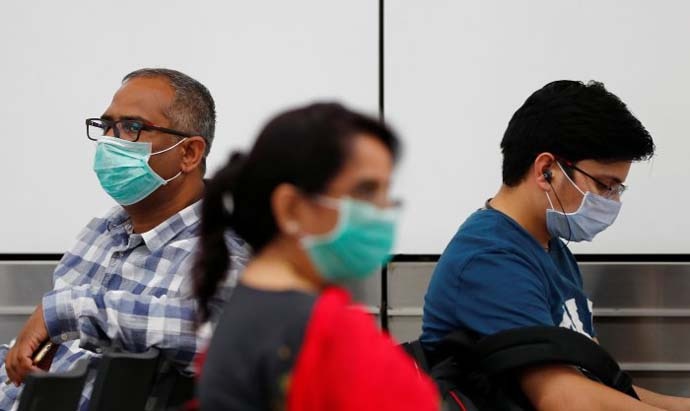 Ten days into the 21-day nationwide lockdown, there is a cause though for optimism as the number of Covid-19 deaths remains low in India. (Representative photo: Reuters)

A recent report by a team of researchers at the Massachusetts Institute of Technology (MIT) suggested that heat and humidity could play a role in slowing the spread of the coronavirus. It concluded that 90 per cent of global cases of the coronavirus have been reported in places with temperatures below 17 degrees celsius.

“Whenever the temperatures were colder, the number of cases started increasing quickly,” said Qasim Bukhari, a computational scientist at the university who co-authored the study. “You see this in Europe — even though healthcare is among the world’s best, we still need to take strong precautions. Warmer temperatures may make this virus less effective, but the less effective transmission does not mean that there is no transmission.”

What are the learnings India can absorb from the ongoing crisis? First, the nationwide lockdown has helped reduce community transmission to a level where the “chain of infection” could be broken in the next few weeks, despite egregious transgressions of religious gatherings. Second, banning international flights at an early stage in the outbreak protected India from foreign carriers of the virus. Third, that while India’s doctors and nurses remain among the world’s best, infrastructure — from ventilators to advanced testing kits — is inadequate. The coronavirus has a higher “infectivity” than previous viruses like SARS, MERS and swine flu. It also has the ability to return in a second wave attack (as China has experienced) and could become a chronic disease until a vaccine is found. That will likely take at least a year, perhaps 18 months. India must therefore not lower its guard and improve its health infrastructure quickly.

The World Health Organisation (WHO) meanwhile has been severely criticised for being complicit with China over delaying dissemination of accurate public information on the coronavirus. The Chinese government was fully aware of the virus and the dangers it posed by mid-December 2019. It, however, informed WHO about the existence of the virus only on December 31, 2019. Worse, WHO backed China’s assertion in early January 2020 that human to human transmission of the coronavirus did not pose a threat. It was only on January 20 that China and WHO informed the world about the lethal human to human infectivity of the coronavirus.

In the 21 days between December 31 and January 20, an estimated 200 million Chinese travelled globally during the lunar new year festivities, unaware that they could be carriers of the virus, infecting friends, family and others. Nearly five million of these Chinese travellers were from Wuhan, the epicentre of the outbreak, and the capital of Hubei province. Many have still not been able to return to a locked-down Hubei.

The next few weeks

Apart from disrupting whole societies globally and causing tens of thousands of deaths worldwide, the damage inflicted on the global economy is incalculable. A worldwide recession is all but certain. Moody’s has cut India’s 2020-21 GDP growth forecast to an abysmal 2.5 per cent. It could be worse.

There will be global repercussions as well. China’s reputation has been further sullied. Its rise as a global superpower will slow though in the long term but China’s ascent is inevitable. In the United States, President Donald Trump knows – his body language shows it – that his prospects for a second term are diminishing as the US economy tanks and unemployment soars.

President Xi Jinping too will find his authority eroding. There is widespread public anger in China – quickly censored on the internet – at Xi’s handling of the crisis by delaying information on the virus to the Chinese people which could have saved lives. For Indian Prime Minister Narendra Modi, much depends on how the crisis plays out in the next few crucial weeks and how quickly the economy is put back on its feet. He could be skating on thin ice.

Also read: What Covid-19 can teach us about redefining our academics and research

Post your comment
#World health organization, #Coronavirus pandemic, #Coronavirus in india, #Covid19
The views and opinions expressed in this article are those of the authors and do not necessarily reflect the official policy or position of DailyO.in or the India Today Group. The writers are solely responsible for any claims arising out of the contents of this article.