There is an onslaught of figures related to the Covid-19 being thrown at the public with no trends being spotted or commentaries on what could happen in such situations.

For the past several weeks, I have noticed the onslaught of figures related to the Covid-19 crisis being thrown at the public at large by the media. There are some issues in the context of these figures.

For one, it is almost impossible to make out which of the sources of these figures are correct or accurate. For another, the data by itself does not tell us much beyond startling the lay public. To get these figures to convey a story, we need a bit more effort through data analysis. Unfortunately, I do not see this kind of storytelling happening a lot. Thus, we have been bombarded with data for the number of new infections in various states and for more narrow geographical regions such as Delhi, Mumbai and Dharavi. I have not seen any trends being spotted nor have I seen commentaries on what could happen in such situations.

For what it is worth, I had predicted a few weeks ago that Dharavi shall see that the situation has begun to simmer down by the end of May. I still stand by my prediction. There is a rationale behind what I have stated about Dharavi, which depends on the analysis of the data related to the number of daily infections reported there. 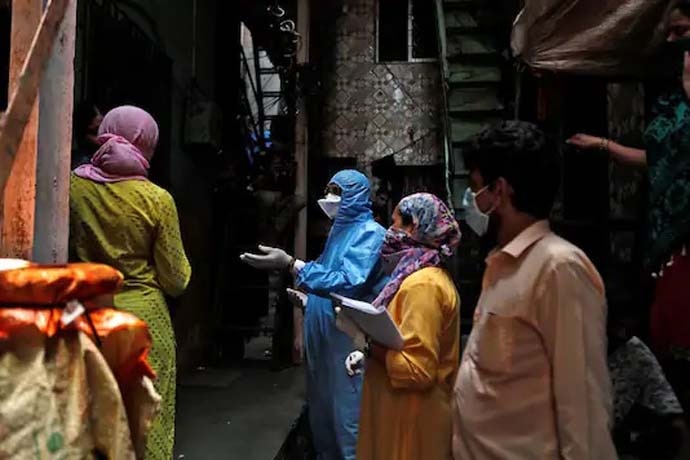 This data seems to be in fairly close conformity with what the eminent Israeli scientist Isaac Ben Israel has stated about the behaviour of the virus. He has asserted repeatedly — based on a study of data for several countries — that the virus begins to lose steam in about 70 days. The one stipulation that I have added to Ben Israel’s analysis is that one must apply it to limited geographical regions that do not allow too much uncertainty and diversity. Thus, it won’t be wise to apply his hypothesis to all of India since the virus entered India from various places at differing times.

However, a place like Dharavi — the Mumbai slum — offers an ideal situation for his hypothesis to play out. Also, if one counts the 70 days from the time Dharavi reported its first infection, then the situation should come under control by June 10. Interestingly, there seems to be a fair amount of similarity between patterns exhibited by several pieces of data for Dharavi and some other countries. Hence, unless something goes wrong in Dharavi, it seems justifiable to predict that Dharavi can be easy by the end of May, and it should be comfortably placed by June 10.

In the above context, I would have been happy if college, and even school students, had been put to the task of analysing this kind of data in attempts to perceive patterns and draw inferences. Such analysis is well within the reach of students. However, I have not been able to detect any such initiatives. All of the data is available online and this would have been a valuable learning process.

There are some other matters — related to the virus — that have struck a slight note of concern for me. Of course, I must clarify that I am not privy to the actual deliberations and factors that influence the decision-making process and hence I could be off the mark here. Nevertheless, I have been confounded by a couple of things.

For instance, I have not been able to fathom the seeming reluctance on the part of our decision-makers in not moving swiftly to test the efficacy of the BCG vaccine in combatting the virus. Given its widespread use for decades in India, it is evidently a safe vaccine. Why could not the government — at the national level — decide to administer the BCG vaccine to a highly-prone and large population in some small region well before the virus struck that region? This experiment would have given us a stark piece of evidence on whether the BCG vaccine plays any role at all in fending off the ill effects of the virus. I am aware that trials have been initiated to test the effectiveness of the BCG vaccine on frontline health workers.

However, I think we missed a golden opportunity to test it on a large population of volunteers once the Houston scientists had so early on identified this strong correlation between the BCG vaccine and its efficacy in taking on the virus.

The other thing that has been bothering me is the fact that the venerable practitioners of Ayurveda and Homeopathy seem to be a rather meek lot in India. I would have been delighted if from amongst the many concoctions that are being touted by Ayurvedic experts-based on reasonable practices — some of these could have been administered on a voluntary basis to a large population segment before the virus reached that region.

Once again a place like Dharavi would have been ideal and perhaps 5,000 volunteers could have been selected to imbibe a well-designed ayurvedic medication as a prophylactic. By now, we would have had a very reasonable picture of its efficacy. This is indeed worrisome.

Even as I write this article, I have come across a preprint authored by two well-known Homeopathic physicians in Delhi — Kalyan Banerji and Kushal Banerji. They have some interesting data to cite. As I understand, they administered a prophylactic prescription to 14,000 individuals in 18 nations. All of these countries have since been affected by the virus. So far, only 0.004 per cent of the individuals have shown any symptoms of the virus at all and these are very light symptoms. Of course, the paper has not yet been peer-reviewed but perhaps there is a message in there for us.

Post your comment
#Dharavi, #Ayurveda and homeopathy, #Bcg vaccination, #Data analysis
The views and opinions expressed in this article are those of the authors and do not necessarily reflect the official policy or position of DailyO.in or the India Today Group. The writers are solely responsible for any claims arising out of the contents of this article.