There will be further lockdowns as time goes on. A drink will make all of this more tolerable.

India is one of the few countries in the world that has banned alcohol during the ongoing lockdown. Across much of the developed world, from America and Canada to the British Isles, Europe and Singapore, the sale of alcohol is permitted. In countries where marijuana is legal, even that has been included in the altered list of essential goods. Home deliveries have been stepped up; it’s business as usual.

The most striking instance of this difference in approach came in the form of a viral photo of Olive Veronesi, a 93-year-old woman in quarantine in Seminole, Pennsylvania. Out of stock, she held up a sign which bore the legend: ‘I need more beer.’ In the photograph, she’s also holding a can of Coors. The brewer, Molson Coors, immediately took note and delivered ten cases to Veronosi’s doorstep. 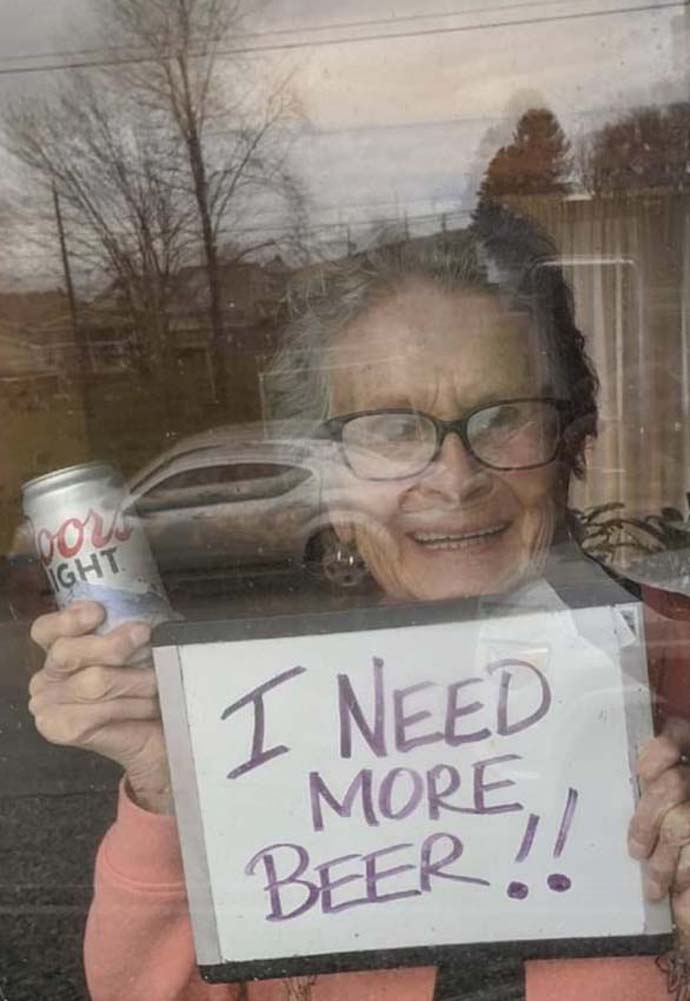 We Indians tend to marvel at the liberalism of the West. When it comes to us the default position is: But this cannot work in India. The position is marked by a kind of defeatism, a lack of confidence in ourselves. It’s almost as if Indians have accepted the inferiority of their own accord. If we could follow the high ideals encapsulated in the dictum of ‘Simple living, high thinking’, there wouldn’t be any problem. If religious serials and a spot of balcony gardening were sufficient to sustain us through a prolonged lockdown, no one would complain. But that alas is not the case.

As soon as the liquor ban was announced, the police found itself saddled with a new problem, one which did not exist earlier. A spate of robberies has taken place across the country; liquor store after liquor store has been burgled. In one such case, miscreants broke into a store on the Bengaluru’s Doddaballupura Road and made away with bottles worth Rs 4.18 lakh. This was not an isolated instance. The manufacturing of illicit liquor has increased; it’s only a matter of time India witnesses a hooch tragedy. In the meanwhile, the grey market has kicked in, with bootleggers finding innovative ways to sell, including selling from authorised milk booths. Indian hypocrisy had won another round.

What’s happened here is that the police force, already under stress, now has a pointless headache, an unnecessary distraction to deal with, rather than concentrate its energies on the Covid-19 threat. We live in times of an unprecedented emergency; criminalising ordinary citizens and what they imbibe is a sheer waste of energy. Over the years, state governments have relaxed norms, making the process of buying alcohol a more pleasurable process. Liquor can be bought from supermarkets and department stores. Those supermarkets remain open during the lockdown. It seems illogical to allow the customer to buy eggs but not beer in the same establishment. Liquor is just one more section under the same roof.

Backlash to a ban

Apart from liquor vends being robbed, scams abound in the online space. Scamsters have been busy putting up fake phone numbers promising home delivery. A scriptwriter in Bengaluru lost ten thousand rupees in one such phoney transaction. 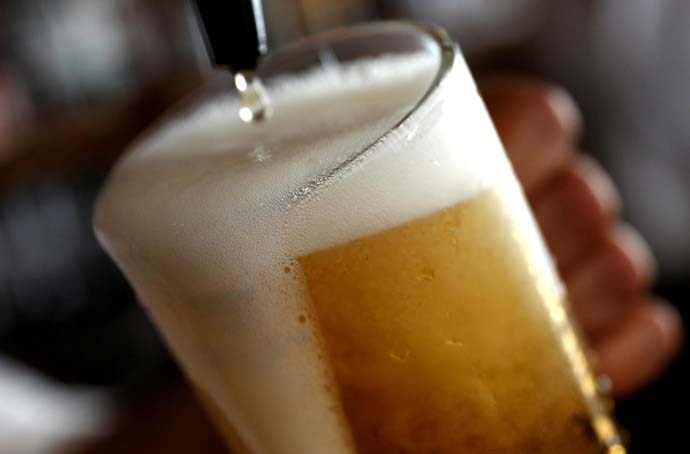 A drink will make all the lockdown more tolerable. (Photo: Reuters)

It remains to be seen how long state governments can hold out since the ban affects them more than individuals. Most were in favour of allowing sales, and some had already opened outlets until the Centre released new lockdown guidelines renewing the ban. A quarter of all state revenue comes from liquor sales. To ban this at a time when government coffers are running low makes little financial sense. At present, states are losing Rs 700 crore a day in liquor revenue, money that could be well spent in the fight against the novel coronavirus. All this while ministers themselves take pay cuts of up to 30 per cent.

The statistics make for sobering reading. For the financial year 2019-2020, Maharashtra’s alcohol sales generated a revenue of Rs 24,000 crore, Uttar Pradesh Rs 26,000 crore, Telangana Rs 21,500 crore and Karnataka Rs 20,000 crore. No wonder that two industry bodies, the Confederation of Indian Alcoholic Beverage Companies and International Spirits and Wines Association of India, have written to the government to allow the resumption of liquor sales. From maintaining social distancing at stores and having staggered timings to expanding the home delivery infrastructure, the need of the hour is innovative strategising rather than going in for a cold-turkey style Great National Prohibition Experiment. Apart from revenue sales, it should be kept in mind that the liquor industry itself employs more than a million workers with steady jobs, all of whom are twiddling their thumbs at home at present.

The coronavirus is now a fact of life. While talk of battling and fighting it is uplifting, we also know that it’s not going anywhere for a long long time. A vaccine is still at least eighteen months away, and even that is being optimistic. That vaccine, when ready, will take a long time to trickle down to every corner of the world. What we are looking at is not three weeks, six weeks or two months of sitting tight. Think three years at least. There will be surges and further lockdowns as time goes on. A drink will make all of this more tolerable.