13 of 33 districts and 15 district headquarters are in red zones including the state capital - Jaipur.

Battling the Covid-19 infection spread requires a continuous change in strategy. In Rajasthan, the first major spread initiated from an NRI in Ramganj, who infected many in Jaipur. It was followed by the movements of Tablighi Jamat in the state and now, it is mostly being spread by migrant workers. 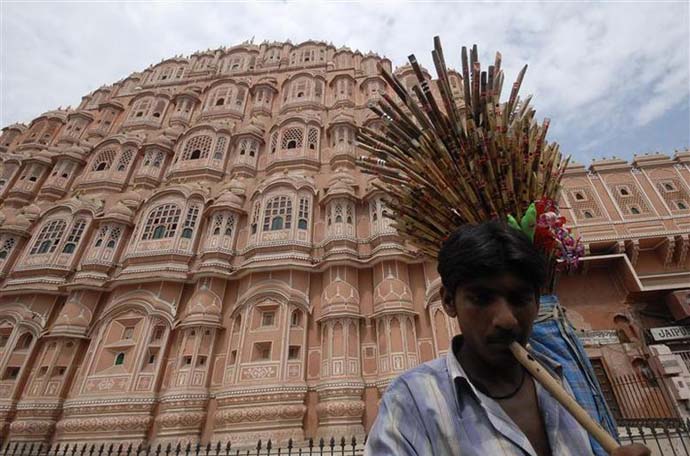 15 district headquarters are in red zones, which include Jaipur. (Photo: Reuters)

As a result, the Rajasthan government has created red, orange and green zones according to urban areas and panchayat samitis because of the many cases that are coming from rural areas due to inward migration. In this way, 139 out of 304 panchayat samitis of the state are in red zones, 83 in orange and 82 in green. In other words, 13 of 33 districts are entirely in red zones which include Jodhpur, Udaipur, Kota and Bhilwara. 15 district headquarters are in red zones, which include Jaipur and only six districts have headquarters in green zones.

Broadly speaking, 40 per cent of Rajasthan is red, 54 per cent is orange and only six per cent is green. Urban Jaipur, which is outside the walled city, has mostly followed restrictions. So there is lesser traffic on roads, and almost none between 7 pm and 7 am during curfew hours. Urban Jaipur is in the red zone but all its 15 panchayat samitis are in orange zones. Subsequently, rural Jaipur has only orange zone restrictions.

Also read: The road ahead from the lockdown

#Jaipur, #Migrant labourers, #Tablighi jamaat, #Coronavirus in rajasthan
The views and opinions expressed in this article are those of the authors and do not necessarily reflect the official policy or position of DailyO.in or the India Today Group. The writers are solely responsible for any claims arising out of the contents of this article.