The past week has been a relentless one. Mind-boggling numbers to crunch as Corona continues its carnage. The latest one has been a new record — India has recorded 3,86,452 new cases of the Covid cases, the biggest single-day spike the country reported since the pandemic began. With this new tally, the overall caseload has mounted to 1,87,62,976, according to the data released by the Ministry of Health and Family Welfare earlier this morning. Meanwhile, the spike has not just been in terms of fresh cases. It is our painful duty to let you know that 3,498 more people have succumbed to the infection, again creating a record with the biggest single-day spike so far. Delhi alone recorded 395 Covid-related deaths in the 24 hours ending Friday morning — again the highest single-day spike in fatalities since the beginning of the pandemic.

So many spikes with no respite. We are facing one of the worst crises of our times as even the governments — overall — seem hapless.

Our Word of the Day is spike. It is important to be familiar with this word as you hear and will be hearing more of it in the coming days (we truly hope the contrary). We are not being morbid, but realistic. Dictionary gives spike various meanings including ‘a pointed piece of rigid material’ and ‘a sharp increase in the magnitude or concentration of something’. We will focus on the second one. Spike comes from the Proto-Germanic word spīkō that means ‘stick, splinter or point’, from the Latin word spīca that means ‘ear of corn’. The ear of corn, or the corn cob, is pointed or spiked.

Back to the corona spikes, one of the Covid casualties has been the former Attorney General of India and Padma Vibhushan recipient — Soli Sorabjee. India’s veteran lawyer passed away this morning at a Delhi hospital, losing the battle against Covid at the age of 91. 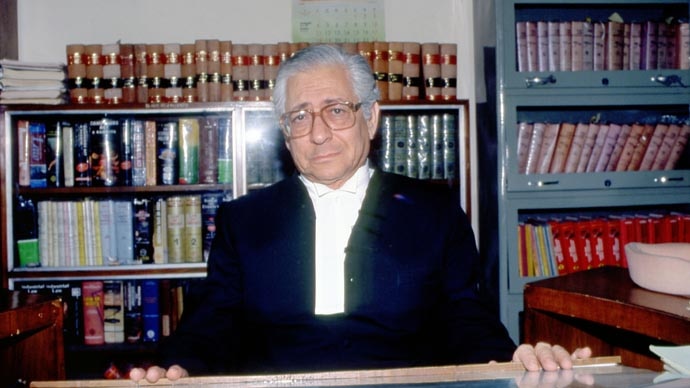 His acumen resulted in the Supreme Court’s 1994 verdict that held the President’s power to dismiss a state government is not absolute and subject to judicial review.

In the passing of Soli Sorabji, we lost an icon of India's legal system. He was among the select few who deeply influenced evolution of constitutional law & justice system. Awarded with Padma Vibhushan, he was among most eminent jurists. My condolences to his family & associates.

Shri Soli Sorabjee was an outstanding lawyer and intellectual. Through law, he was at the forefront of helping the poor and downtrodden. He will be remembered for his noteworthy tenures India’s Attorney General. Saddened by his demise. Condolences to his family and admirers.

His passion, however, lay elsewhere. Where? In jazz music and clarinet. One of the prime architects of the annual Jazz Yatra music festival, he has said that jazz has left a deep influence on the way he practises law. Coincidentally, today happens to be International Jazz Day. As a clarinet player since his college days, he was mentored by the legendary player Benny Goodman himself. He was a natural choice for the president of Jazz India’s Delhi chapter. 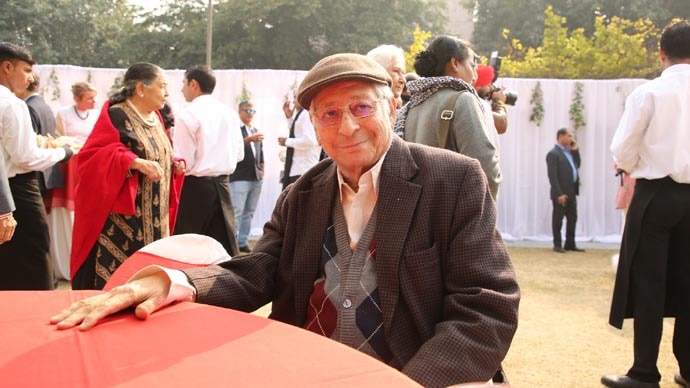 Such was his love for the music form that when he met a fellow jazz aficionado in 2000, he spent more than eight hours deciding which tracks to burn on a CD to gift him. Who was the fellow jazz fan? Tenor saxophonist and then-US President Bill Clinton.

During Clinton’s 2000 presidential visit to India, he was to meet Sorabjee. While the former thought it would be about the Constitution, Sorabjee was there to only discuss music. And then he presented the US President with the CD that was an anthology of Clinton’s favourite jazz musicians. A thrilled POTUS told him that he would listen to the compilation that very night. And what was Sorabjee’s answer to the eight hours of labour? "It was worth the effort," he later chuckled.

A champion of human rights and freedom of speech and expression, Sorabjee had defended freedom of press in many landmark cases. Channelling his spirit, SC has protected the citizen’s right to free speech. Or in this case, freedom of expressing anguish on social media. SC has said that there cannot be any clampdown if citizens are voicing grievances on social media. (Photos: Reuters)

SC judge Justice DY Chandrachud today said that there cannot be any clampdown if citizens are voicing grievances on social media. He added, "Let a strong message go across to all states that we will consider it a contempt of this court if any citizen is harassed for making a plea on social media or media for making a plea for oxygen or beds etc." This comes after the Centre asked Twitter to block some tweets last week, that were critical of its Covid handling.

Covid claimed the life of our colleague, senior journalist and Aaj Tak anchor Rohit Sardana too, who passed away on Friday morning. Left too soon; Sardana was only 41 years old. Rohit had tested positive for Covid-19 and was on his way to recovery. However, a massive cardiac arrest this morning took him away from his family, friends, and millions of fans and followers. Political leaders including the President, PM and Home Minister have expressed their condolences. Rohit was an award-winning journalist and hosted the debate show Dangal on Aaj Tak. 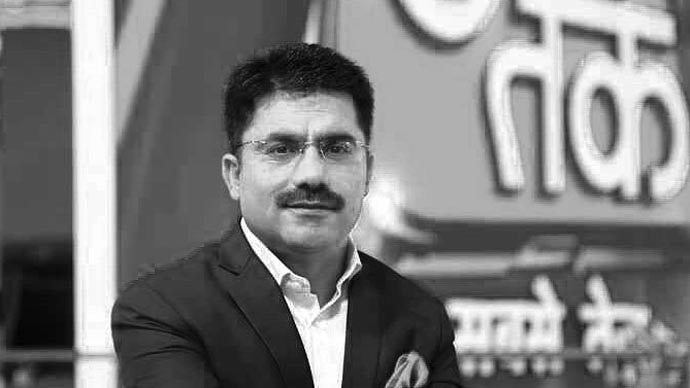 Covid casualties leading to national losses don’t seem to cease. The nation today is also mourning veteran sharpshooter Chandro Tomar, also known as 'Shooter Dadi', who passed away at Meerut Medical College. Tomar was ailing for the past few days and was admitted to the hospital last Monday. Aviation minister Hardeep Singh Puri condoled her demise and said, “The courage with which she challenged patriarchy and took up shooting as a sport will inspire generations to come." ‘Shooter Dadi’ was a champion of gender equality and women's rights and was the inspiration for the 2019 Bollywood film Saand ki Aankh.

For the inspiration you will always be... You will live on forever in all the girls you gave hope to live. My cutest rockstar May the ✌???? and peace be with you ❤️ pic.twitter.com/4823i5jyeP

If you are not an aggrieved Covid patient or family member, you would have registered on CoWIN by now for the vaccination. But the jab is unlikely to come tomorrow. We had told you yesterday that Delhi and Maharashtra have thrown in the towel owing to lack of vaccines. Now others, including the BJP-ruled Madhya Pradesh, Karnataka and Goa have announced that May 1 is a no-go for Phase 3 of the vaccine drive. 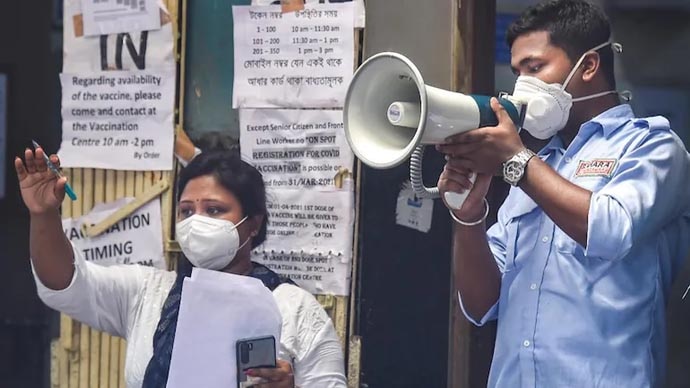 States have announced that May 1 is a no-go for Phase 3 of the vaccine drive. (Photo: PTI)

However what of those who cannot afford the vaccine? Despite Covishield’s recent price slash, the vaccines are still not affordable by most Indians. The question seems to be on SC’s mind too as Justice DY Chandrachud asked the Centre for a plan on the same. Affording the mounting bills of Covid has become a challenge for all of us. Read this to know how to manage the Covid bills and chalk a financial plan.

From Supreme Court to the High Court. Delhi HC today has suggested creating a WhatsApp group for communication between the oxygen suppliers and their target hospitals. The Court hopes that this will help in keeping transparency and accountancy on oxygen cylinders. The Court has also added that Covid is not a battle but a war.

Delhi High Court says it is a war against COVID, not a battle. The Court observation came when one of the oxygen suppliers, Vinayak Gases, tells High Court that its owners are down with COVID and they are providing everything.

As the country battles Covid, political parties in West Bengal, Kerala, Tamil Nadu, Assam and Puducherry have been battling over the past months. The battle of Assembly Elections. May 2 is when the results arrive, but for now, you can read what India Today-Axis My India exit poll has predicted.

Whatever you do, stay indoors. And as you stay indoors, remember to take care of your immunity. Covid is merciless and you are only as strong as your immunity. We suggest you try matcha tea that is brimming with immunity boosters, that we are recommending today.

We will be back Monday. Take care. Stay safe.

#Covid deaths, #Rohit sardana, #Chandro tomar, #Covidspike
The views and opinions expressed in this article are those of the authors and do not necessarily reflect the official policy or position of DailyO.in or the India Today Group. The writers are solely responsible for any claims arising out of the contents of this article.